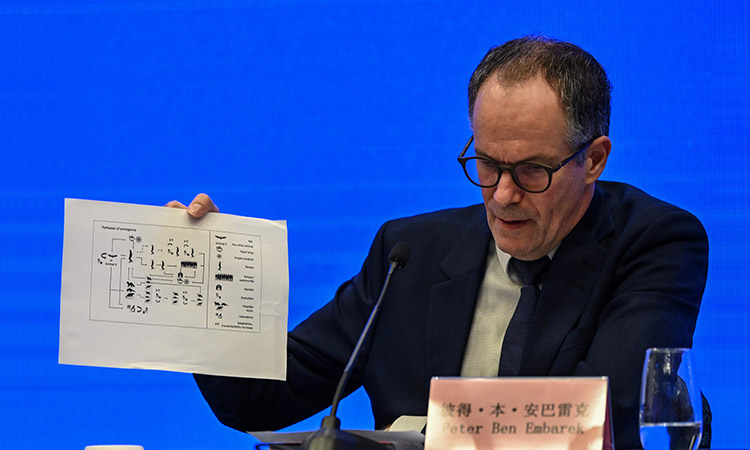 Peter Ben Embarek speaks during a press conference in Wuhan on Tuesday. AFP

A joint WHO and China team probing the origins of Covid-19 wrapped up without providing any insights into the origins of the pandemic, as one of the Middle East's worst hit nations began a vaccination campaign.

Transmission from animals was likely, said Liang Wannian, head of the Chinese contingent, but the host of the virus, which has claimed more than 2.3 million lives and gutted the global economy "remain to be identified." 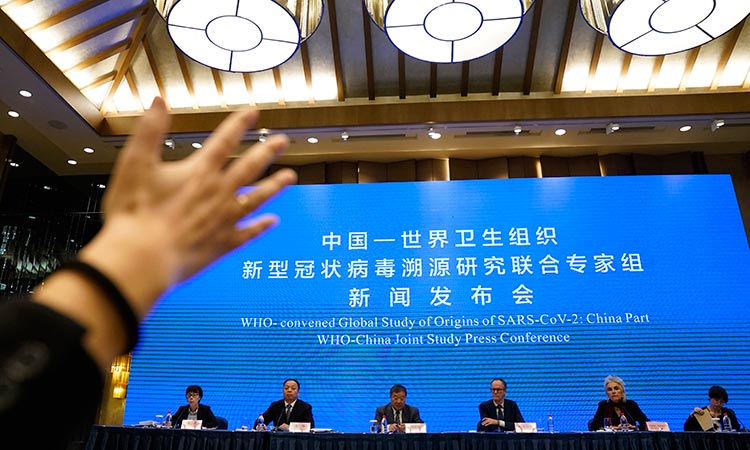 A journalist raises her hand to ask a question at the WHO-China Joint Study Press Conference in Wuhan on Tuesday. AP

The WHO mission — which Beijing repeatedly delayed — was dogged by fears of a whitewash, with the US demanding a "robust" probe and China firing back with a warning not to "politicise" the investigation.

However, Peter Ben Embarek, a WHO specialist in animal diseases who leads the independent group of experts, also said the team's nearly month-long investigation in Wuhan had not dramatically changed the picture of the outbreak.

"We know the virus can survive in conditions that are found in these cold, frozen environments, but we don't really understand if the virus can transmit to humans" or under which conditions, he told the briefing.

During the closely-monitored visit — which included a visit to a propaganda exhibition celebrating China's recovery — reporters were largely kept at arms' length from the experts.

Liang, supported by WHO foreign expert Ben Embarek, said there was "no indication" the sickness was circulating in Wuhan before December 2019 when the first official cases were recorded.

Embarek also scotched controversial theories the virus had leaked from a lab, calling it "extremely unlikely". 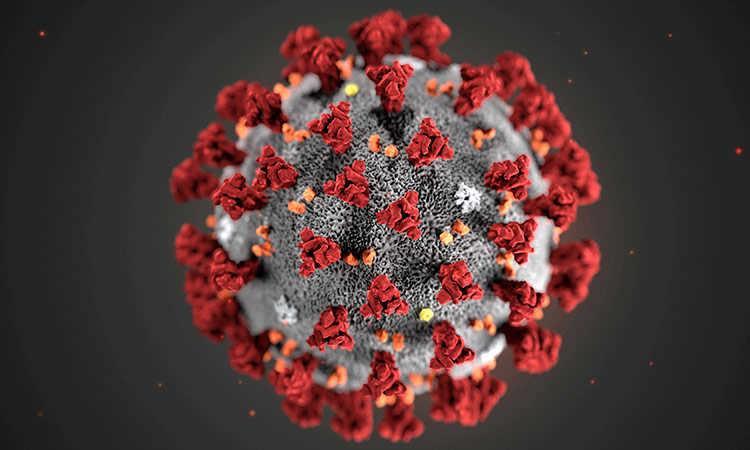 The ultra structural morphology exhibited by the 2019 Novel Coronavirus. File/Reuters

As the global tally of infections passed 106 million, Britain was expected to become the latest country Tuesday to announce mandatory coronavirus tests in quarantine for all arrivals.

Iran began its vaccination campaign against Covid-19 on Tuesday to fight the Middle East's deadliest outbreak of the illness.

It will initially use Russia's Sputnik V shots, with 4.2 million doses of the AstraZeneca-Oxford vaccines also expected under the Covax mechanism, which intends to ensure procurement and equitable international distribution of jabs.

The AstraZeneca vaccine makes up the bulk of initial Covax deliveries to some 145 countries -- mostly in poorer parts of the world -- but it suffered a setback in recent days with a trial showing it only offers minimal protection against the coronavirus variant first detected in South Africa.

The results forced South Africa to delay the start of its vaccination campaign, but the WHO insisted Monday that the AstraZeneca shot remained vital to the global fight against Covid-19.