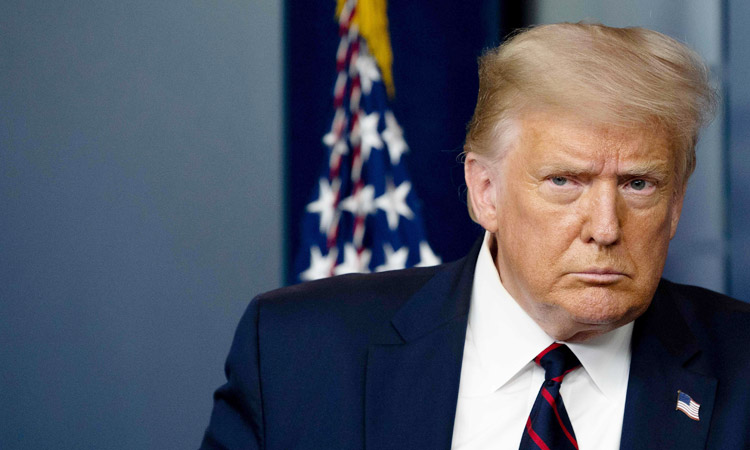 US President Donald Trump arrives to speak at the press briefing at the White House in Washington, DC. File/AFP

Donald Trump’s historic second impeachment trial is opening this week with a sense of urgency - by Democrats who want to hold the former president accountable for the violent US Capitol siege and Republicans who want it over as fast as possible.

Scheduled to begin on Tuesday, just over a month since the deadly riot, the proceedings are expected to diverge from the lengthy, complicated trial that resulted in Trump’s acquittal a year ago on charges that he privately pressured Ukraine to dig up dirt on a Democratic rival, Joe Biden, now the president. This time, Trump’s Jan.6 rally cry to “fight like hell” and the storming of the Capitol played out for the world to see. While Trump very well could be acquitted again, the trial could be over in half the time. 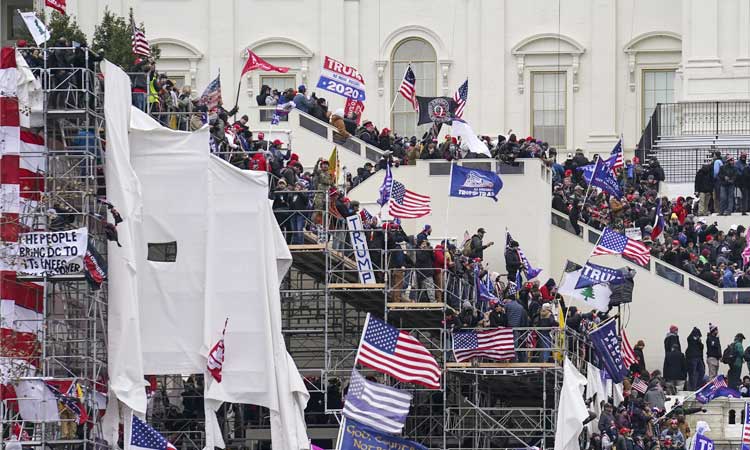 Rioters loyal to President Donald Trump storm the US Capitol in Washington. File/AP

Details of the proceedings are still being negotiated by the Senate leaders, with the duration of opening arguments, senators’ questions and deliberations all up for debate.

So far, it appears there will be few witnesses called, as the prosecutors and defense attorneys speak directly to senators who have been sworn to deliver “impartial justice” as jurors. Most are also witnesses to the siege, having fled for safety that day as the rioters broke into the Capitol and temporarily halted the electoral count certifying Biden’s victory. 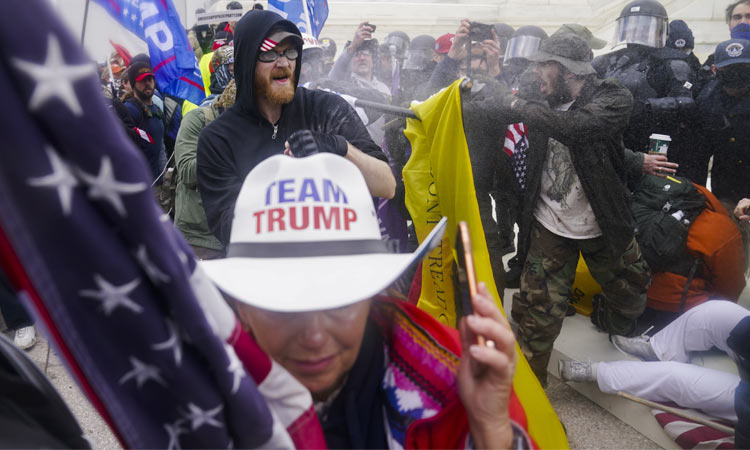 Rioters loyal to President Donald Trump try to break through a police barrier at the Capitol in Washington. File/AP

Defense attorneys for Trump declined a request for him to testify. Holed up at his Mar-a-Lago club, the former president has been silenced on social media by Twitter without public comments since leaving the White House.

Instead, House managers prosecuting the case are expected to rely on the trove of videos from the siege, along with Trump’s incendiary rhetoric refusing to concede the election, to make their case. His new defense team has said it plans to counter with its own cache of videos of Democratic politicians making fiery speeches. 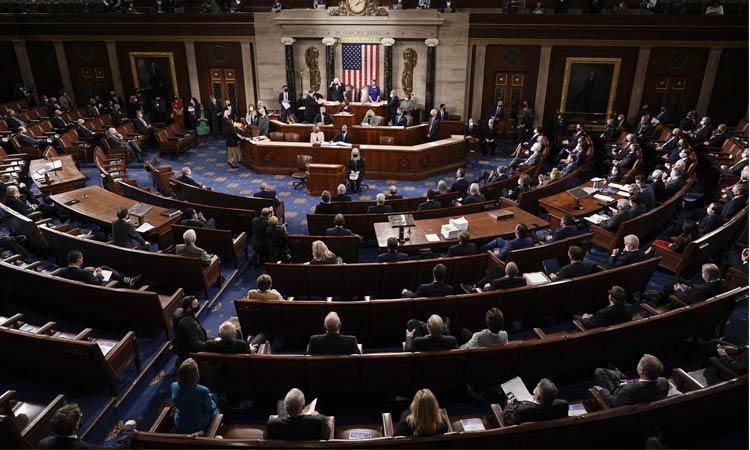 Speaker of the House Nancy Pelosi and Vice President Mike Pence officiate a joint session of the House at the Capitol in Washington. File/AP

“We have the unusual circumstance where on the very first day of the trial, when those managers walk on the floor of the Senate, there will already be over 100 witnesses present,” said Rep. Adam Schiff, D-Calif., who led Trump’s first impeachment. “Whether you need additional witnesses will be a strategic call.”

Trump is the first president to be twice impeached, and the only one to face trial after leaving the White House. The Democratic-led House approved a sole charge, “incitement of insurrection,” acting swiftly one week after the riot, the most violent attack on Congress in more than 200 years. Five people died including a woman shot by police inside the building and a police officer who died of injuries the next day. 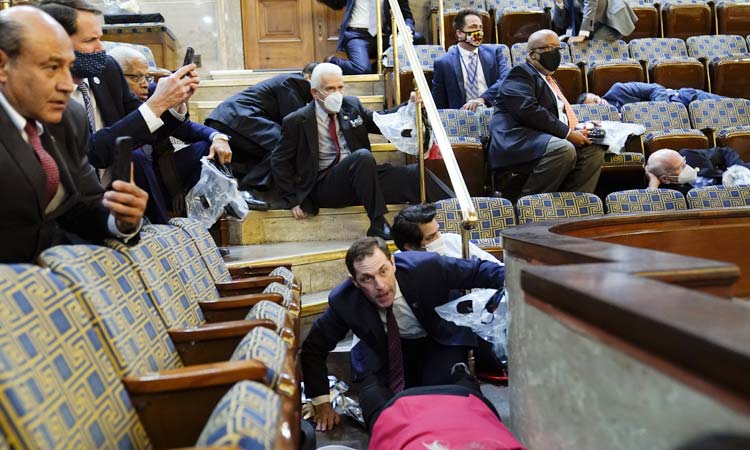 People shelter in the House gallery as rioters try to break into the House Chamber at the Capitol in Washington. File/AP

Democrats argue it’s not only about winning conviction, but holding the former president accountable for his actions, even though he’s out of office. For Republicans, the trial will test their political loyalty to Trump and his enduring grip on the GOP.

Initially repulsed by the graphic images of the siege, Republican senators including Senate Republican leader Mitch McConnell denounced the violence and pointed a finger of blame at Trump. But in recent weeks GOP senators have rallied around Trump arguing his comments do not make him responsible for the violence. They question the legitimacy of even conducting a trial of someone no longer in office. 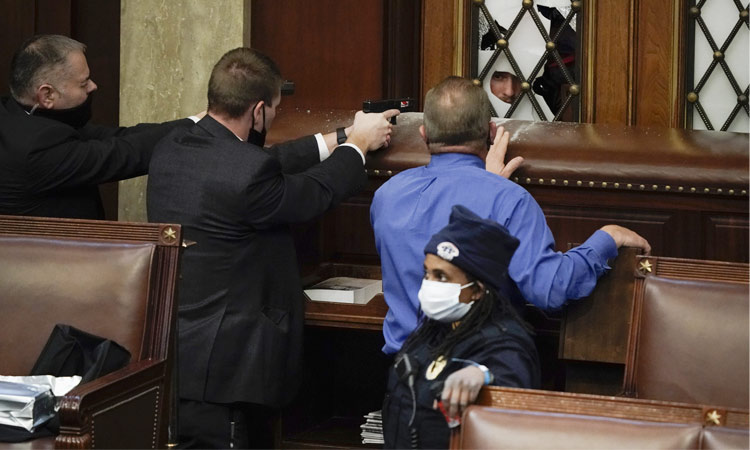 Police with guns drawn watch as rioters try to break into the House Chamber at the Capitol in Washington. File/AP

Senators were sworn in as jurors late last month, shortly after Biden was inaugurated, but the trial proceedings were delayed as Democrats focused on confirming the new president’s initial Cabinet picks and Republicans sought to put as much distance as possible from the bloody riot.

At the time, Paul forced a vote to set aside the trial as unconstitutional because Trump is no longer in office, drawing 44 other Republicans to his argument.

A prominent conservative lawyer, Charles Cooper, rejects that view, writing in a Wall Street Journal opinion piece Sunday that the Constitution permits the Senate to try an ex-official, a significant counterpoint to that of Republican senators who have looked toward acquittal by advancing constitutional claims.

Republican Sen. Lindsey Graham of South Carolina, one of Trump’s ardent defenders, said he believes Trump’s actions were wrong and “he’s going to have a place in history for all of this,” but insisted it’s not the Senate’s job to judge.

“It’s not a question of how the trial ends, it’s a question of when it ends,” Graham said. “Republicans are going to view this as an unconstitutional exercise, and the only question is, will they call witnesses, how long does the trial take? But the outcome is really not in doubt.”

But 45 votes in favor of Paul’s measure suggested the near impossibility of reaching a conviction in a Senate where Democrats hold 50 seats but a two-thirds vote - or 67 senators - would be needed to convict Trump. Only five Republican senators joined with Democrats to reject Paul’s motion: Mitt Romney of Utah, Ben Sasse of Nebraska, Susan Collins of Maine, Lisa Murkowski of Alaska and Pat Toomey of Pennsylvania.

Schiff was on NBC’s “Meet the Press, Wicker spoke on ABC’s “This Week,” Paul was on “Fox News Sunday” and Graham was on CBS’ “Face the Nation.” 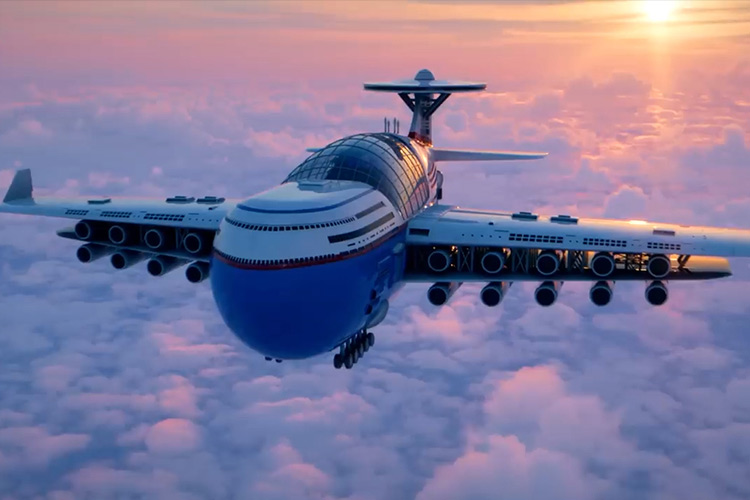