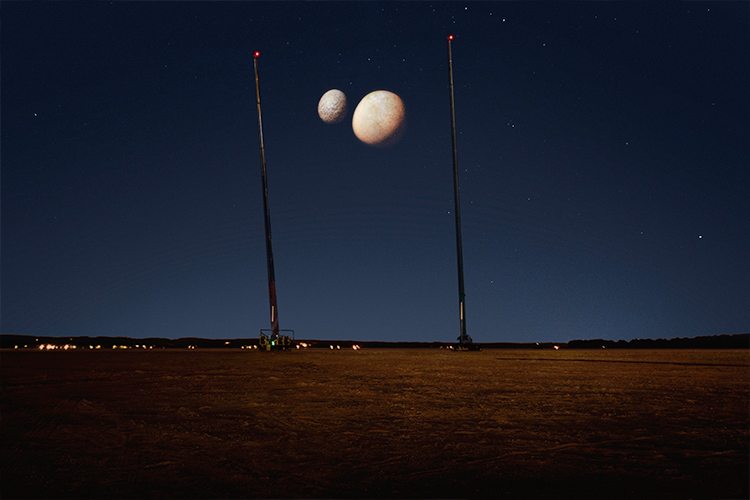 Phobos and Deimos of Mars appeared in UAE skies.

The Martian moons that suddenly appeared in Al Qudra area in Dubai were a part of a campaign organised by the UAE Government Media Office to celebrate the Hope Probe.


Phobos and Deimos, the two moons orbiting Mars, were projected in the sky using a new technology that has never been seen before in the UAE, two giant 100-meter cranes and an advanced 40-meter screen have been used to make the moons appear realistically in the sky and visible from long distances.

The idea was to create a way that allows everyone to see what the Hope Probe is capturing 500 million miles away.

A step that aims to drive awareness and create excitement around Hope Probe's insertion on the Mars atmosphere, a milestone in UAE history that will happen on February 9th. 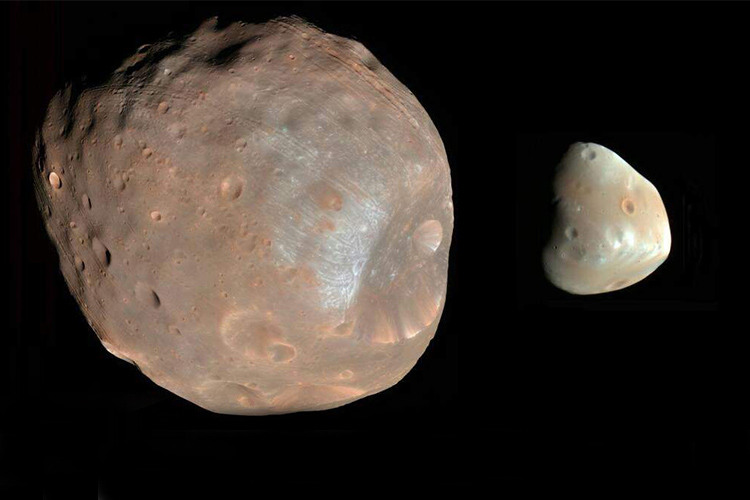 A close up of the two moons Phobos and Deimos.

"The Mars Mission is one of the biggest challenges of the country's history and one of the boldest initiatives of the UAE: conquer space. So, to create awareness to this important fact, nothing better than bring the two moons of Mars to Earth. said Khaled AlShehhi, Executive Director of Production and Digital Communication Sector at the UAE Government Media Office.

Deimos and Phobos were discovered by the American astronomer Asaph Hall in 1877 and named for one of the sons of Ares, the Greek counterpart of the Roman god Mars.

After the moons appeared, Instagram and Twitter users have been discussing theories about what these curious objects are.

The most popular one is called "Double Moon" and suggests that some planets can appear as big as the moon due to the stars' alignment. Some experts say that alignments between planets viewable from Earth are rare, occurring once every 800 years. 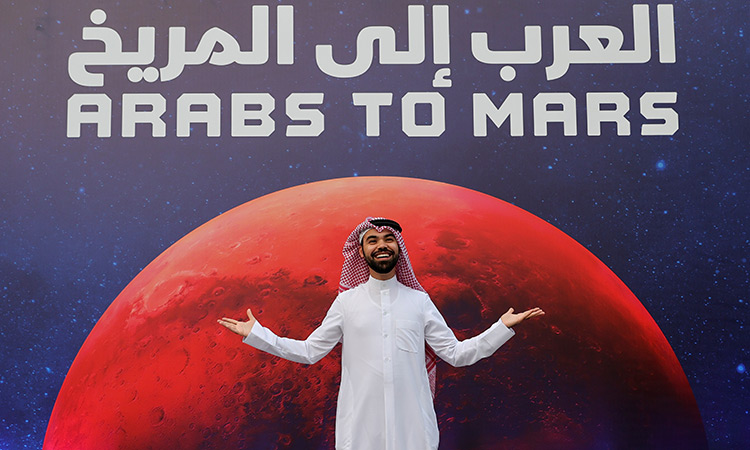