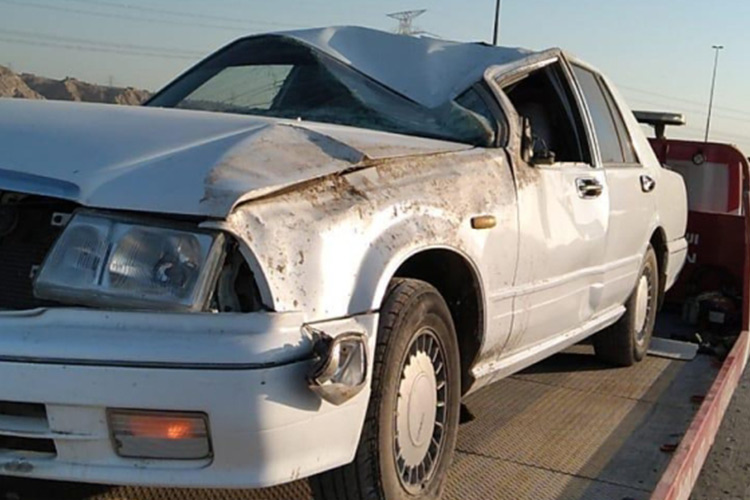 The tow truck takes away the damaged car.

An Emirati young man, Mansour MZS, 17, was killed on Saturday when the vehicle driven by his companion overturned on Shaam beach while he was performing stunts, around 40 kilometres to the north of the emirate.

The driver, also 17, who did not hold a driving licence, sustained moderate injuries. 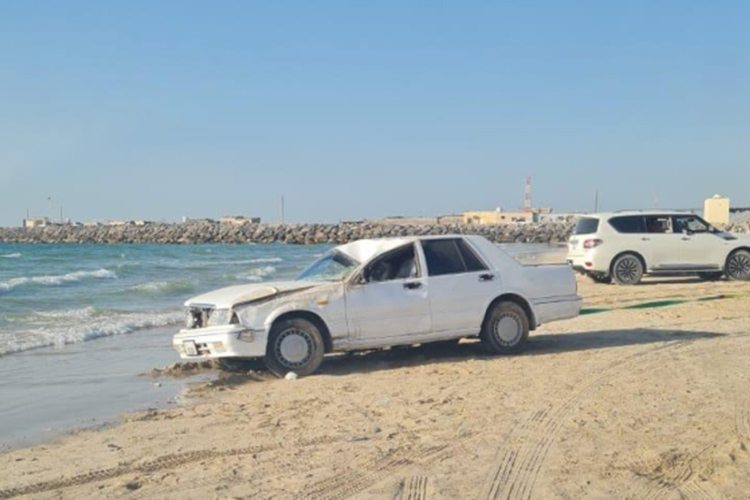 The damaged car lies near the accident site.

According to Al Shehhi, the family has still two other sons, the eldest and the youngest, while the parents of the two victims are currently in a difficult psychological state but are gradually recovering from the shock of losing two sons in almost one year.

Brigadier Ahmed Al Sam Al Naqbi, Director of Traffic and Patrols Department at Ras Al Khaimah Police, said the operations room received a report about a car that had overturned when the driver wanted to show off on Shaam beach.

As a result of the accident, the driver’s companion succumbed to his serious injuries while the driver was moderately injured.

Al Naqbi called on parents never to allow their children to drive cars before they obtain a driver's license. He also called on them to instill the value of respecting traffic laws in the hearts of their children and urge them to avoid show-off driving, which threatens their lives and endanger the safety of others.

He stressed the keenness of Ras Al Khaimah Police on spreading traffic culture and awareness among all segments of society with a view to curbing hazardous accidents. 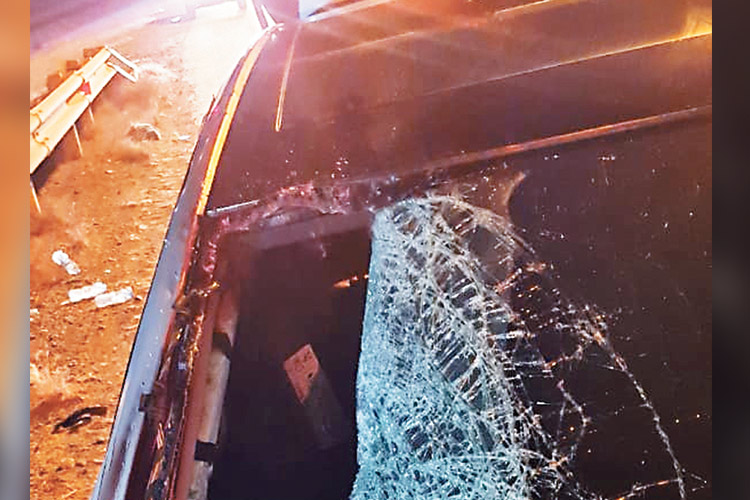 The victim was crossing the road from places other than designated for pedestrian crossing, which led to the run-over by a vehicle driven by an Emirati, 27, Al Naqbi added.