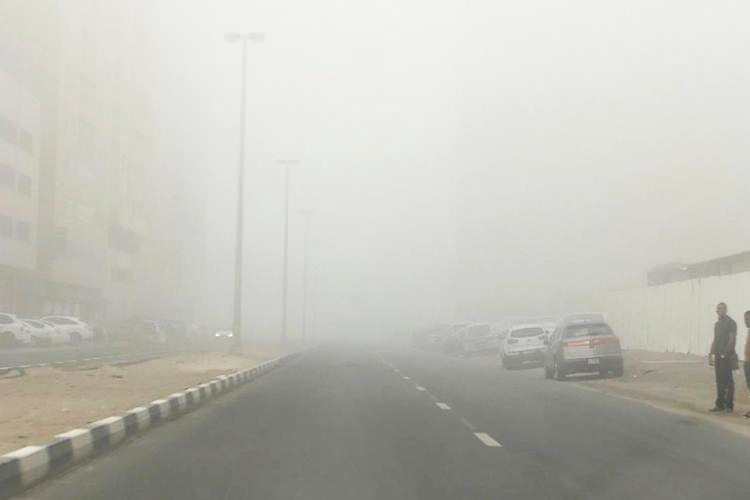 The weather from Monday through Thursday is expected to be partly cloudy to cloudy sometimes with a chance of light rain on the sea and the western islands in the morning, the National Centre of Meteorology said, adding that another drop in temperature is also expected.

The weather will be humid at night with the possibility of fog or light fog in some eastern regions.

The winds will be northeasterly to northwesterly with moderate speed, turning to strong, particularly on the sea, in the afternoon at 20 to 30 and possibly 40 km/h.

The sea will have moderate waves and will be rough in the Arabian Gulf, while it will have light to medium waves in the Sea of Oman.

Recently, scattered parts in the country witnessed rainfall from the early hours until late at night, ranging between light, medium and heavy.

This led to the state of air instability, as clouds towered over separate areas of the country and some of them developed into cumulus clouds accompanied by rain.

The eastern and northern mountains of the country are also working on the development of cumulus clouds to be rainy, accompanied by lightning and sometimes thunder.

Some areas in the emirate of Dubai, Sharjah, Fujairah, Ajman, and Al-Twayyen south Ras Al Khaimah witnessed heavy rain, while the Emirate of Abu Dhabi witnessed intermittent rain in Sweihan, Al Falah and a number of areas in Al Ain and Al Dhafra region.