‘Fingertip-sized’ chameleon may be the world's smallest reptile 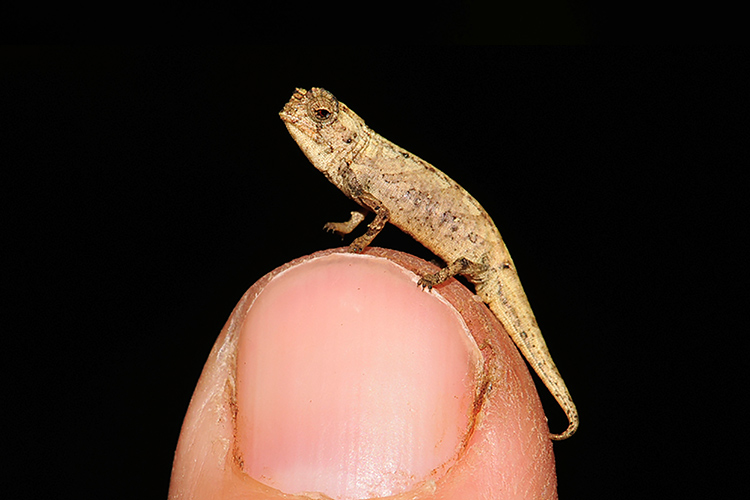 An expert shows the newly discovered species of chameleon in Munich. AP

It fits on a human fingertip, but this Chameleon could make a big splash.
Scientists from Madagascar and Germany say a newly discovered species of Chameleon is a contender for the title of world's smallest reptile.

Frank Glaw, who was part of the international team of researchers that classified the new species and named it Brookesia nana said the body of the male specimen appeared to be just 13.5-millimeters-long (a little more than a 1/2-inch.)

That's at least 1.5 millimeters smaller than the previous record holder, another member of the Brookesia family.

Glaw, a reptile expert at the Bavarian State Collection of Zoology in Munich, said the tiny male and a slightly larger female were spotted on a mountainside by a local guide during a 2012 expedition. 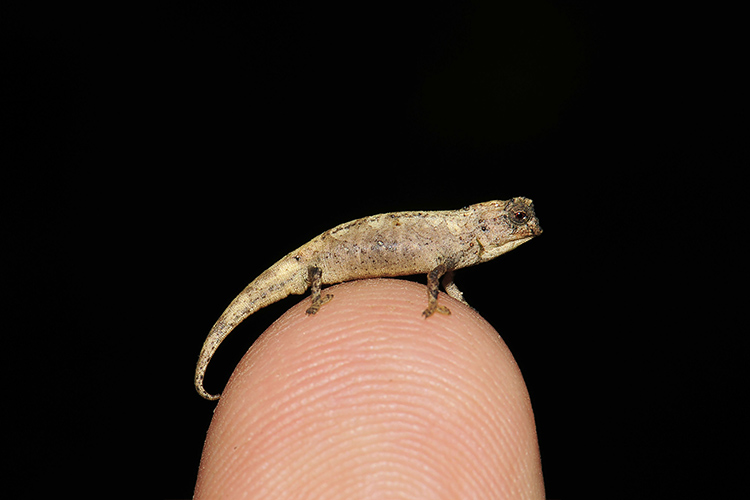 "You really have to get down on your knees to find them,” Glaw told reporters on Friday. "They are obviously camouflaged and they move very slowly.”

Glaw and his colleagues performed a CT scan of the female and discovered that it harbored two eggs, confirming that it was an adult.

For the male, the researchers took a close look at its "well-developed” genitals, which in Chameleons come in pairs known as hemipenes.

They found that the genitals of the Brookesia nana specimen were almost one-fifth of its body size, possibly to allow it to mate with the larger female.

"I have few doubts it’s an adult male," Glaw said. "If we had a pair mating it would obviously be better proof.”
Confirming Brookesia nana as the smallest reptile species will require finding more of them, which might take several years, he said.

The team's research was recently published in the journal Scientific Reports.

Chameleons are threatened by deforestation on Madagascar, which is home to numerous species.