VIDEO: Emmanuel Macron: I will not surrender my umbrella - GulfToday 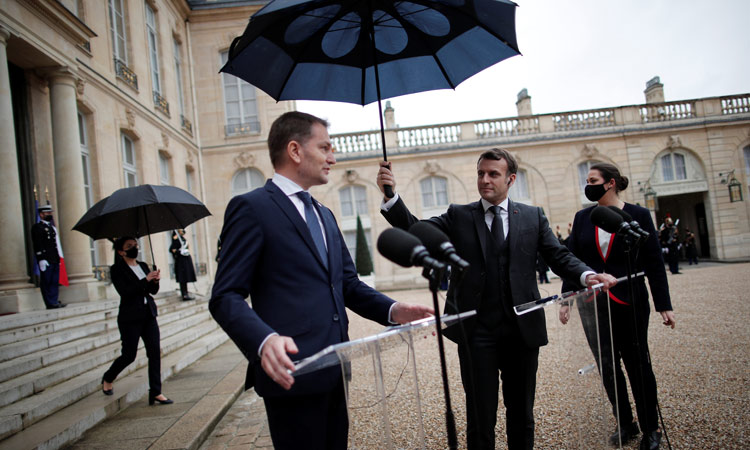 Emmanuel Macron holds an umbrella next to Igor Matovic as they deliver a joint statement at the Elysee Palace in Paris. Reuters

French President Emmanuel Macron was so determined to hold his own umbrella at a rain-dampened event outside the Elysee Palace on Wednesday that he shooed away aides three times when they tried to take it from him.

As Slovak Prime Minister Igor Matovic spoke to reporters before a meeting with Macron, a female aide came out and handed the French leader a black umbrella. Macron took it and held it over his Slovakian guest.

A second female aide arrived and offered to hold the first umbrella for Macron. He gestured to her that there was no need.

When the two men finished speaking to the media, and turned to walk back up the steps into the Elysee Palace, a military aide approached and offered to take Macron's umbrella. Macron ignored him, and kept holding it over Matovic. 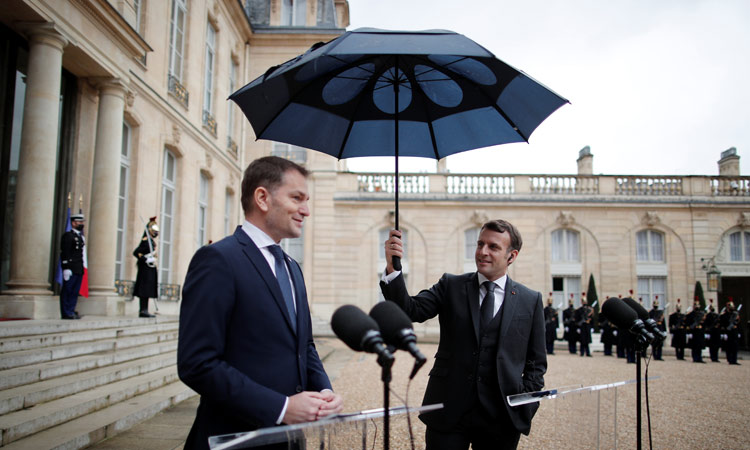 The second female aide then came back and again offered to take the umbrella, but Macron again brushed her off. He finally surrendered it when he got to the top of the steps on his way inside, and needed both hands free to put on his mask.