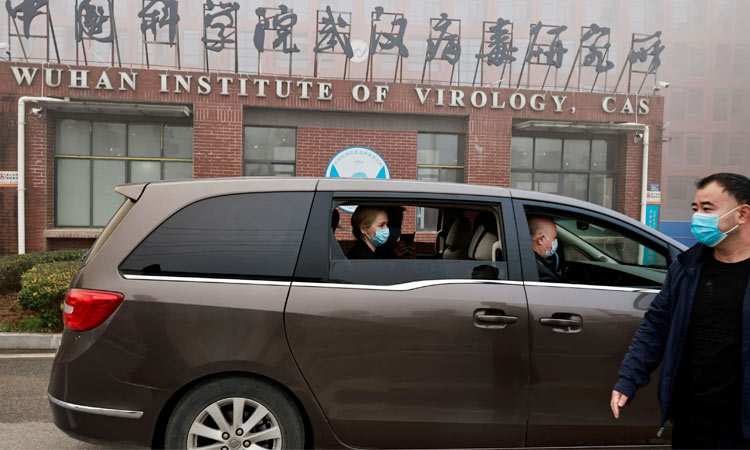 Members of WHO team sit in a car arriving at Wuhan Institute of Virology in Wuhan, Hubei province, China. Reuters

World Health Organization experts on Wednesday inspected a Chinese laboratory in Wuhan, a major virus research laboratory in China’s central city of Wuhan, seeking clues to the origins of the COVID-19 pandemic.

Some US officials said it could have been the source of the coronavirus.

The Covid-19 pandemic has shown no signs of slowing down even as vaccines are rolled out, with known infections surging past 103 million, more than 2.2 million dead and the global economy devastated. 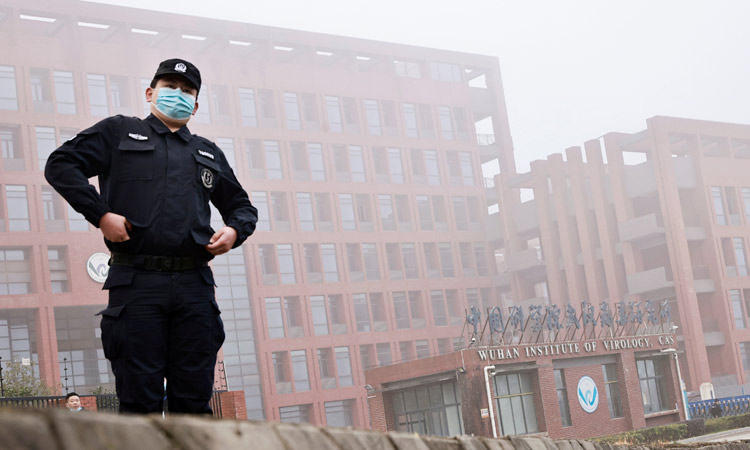 A security member keeps watch outside Wuhan Institute of Virology during the visit by the WHO team in Wuhan. Reuters

A WHO team searching for clues about the pandemic's origins went to the Wuhan Institute of Virology, one of the most-watched stops on a politically sensitive trip to the central Chinese city where the virus was first detected.

Driving through thick morning mist, the team, led by WHO virus expert Peter Ben Embarek, arrived at the heavily guarded Wuhan Institute of Virology at about 9:30am.

“I am looking forward to a very productive day, meeting the key people here and asking all the important questions that need to be asked,” team member Peter Daszak, who is the president of the EcoHealth Alliance, said from his car as it drove in.

The institute has been at the centre of a number of conspiracy theories that claim a laboratory leak caused the city’s first coronavirus outbreak at the end of 2019.

Some scientists have called for China to release details of all coronavirus samples studied at the lab, to see which most closely resembles SARS-CoV-2, the virus that causes the respiratory disease.