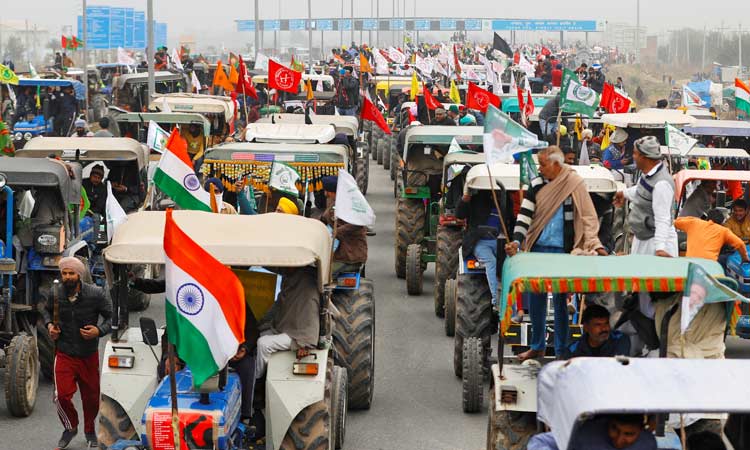 Farmers take part in a tractor rally to protest against farm laws at Singhu border near Delhi. File photo

The international focus on the farmers' protest in India has gained momentum, after singer Rihanna, Swedish climate activist Greta Thunberg and lawmakers from the US and UK tweeted their concerns over the plight of the protesters. Rihanna asked her 100 million followers: "Why aren't we talking about this? #FarmersProtest (sic)." Her post was widely shared. 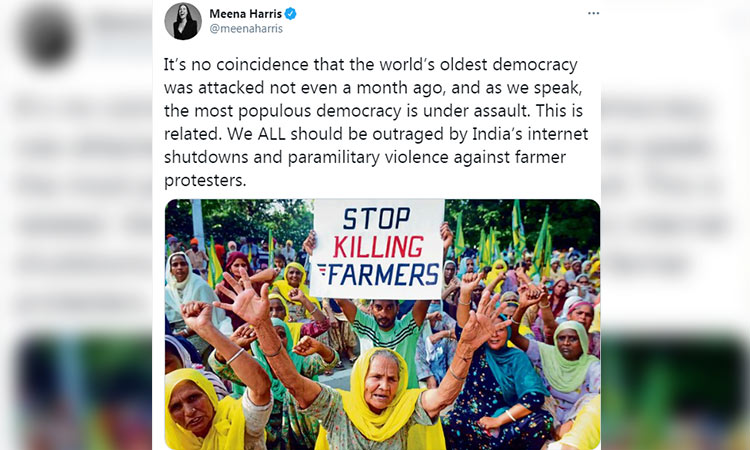 This was followed by Greta Thunberg, the celebrity teenager famous for her environmental activism, tweeting, "We stand in solidarity with the #FarmersProtest in India."

US Vice President Kamala Harris's niece Meena Harris was also disturbed over the events. "It's no coincidence that the world's oldest democracy was attacked not even a month ago, and as we speak, the most populous democracy is under assault. This is related. We all should be outraged by India's internet shutdowns and paramilitary violence against farmer protesters," she tweeted, according to reports in a section of the Indian media. 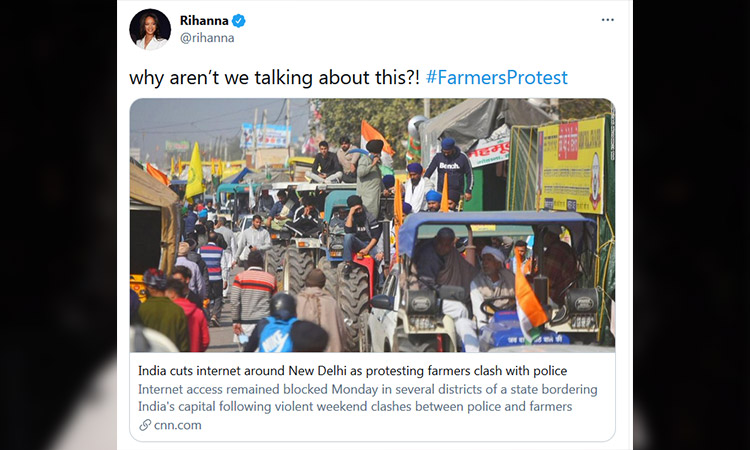 British parliamentarian Claudia Webbe shared the post and wrote: "Solidarity to the Indian Farmers. Thank you Rihanna.  In an era where political leadership is lacking we are grateful for others stepping forward."

US Congressman Jim Costa, a Democrat, used the hashtag posted by Rihanna – #FarmersProtest – and underlined he was "closely monitoring the situation. The unfolding events in India are troubling. As a member of the Foreign Affairs Committee, I am closely monitoring the situation. The right to peaceful protest must always be respected. #FarmersProtest (sic)," his post on the microblogging site read.

Singer Rihanna knows how to ruffle feathers – and whip up media frenzy – with her acts. She was once accused of cultural appropriation for using an Islamic song in her fashion show. 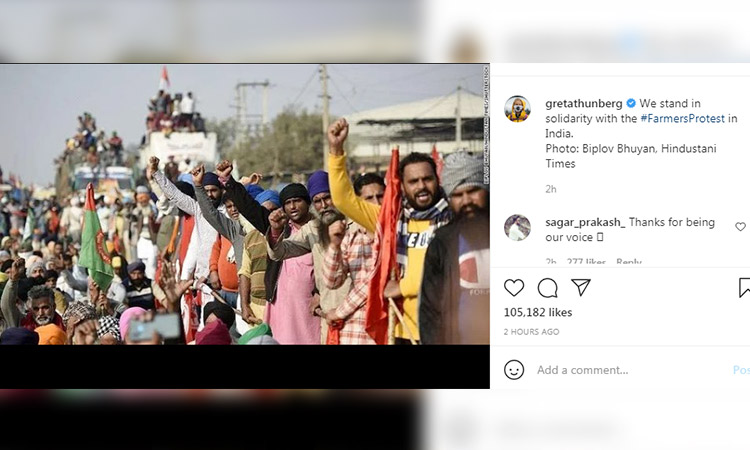 She sent the whole of London into frissons of excitement with the merest flash of a Sainsbury’s bag for life. Rihanna has now upped the ante for her British fans and is now understood to be renting in Essex. She is said to have rented an entire private island off the coast of the county.

In 2019, she was named the richest woman in music by Forbes, with a fortune of about £472 million ($600m). She has branched out to work on her Fenty makeup brand and a fashion line owned by luxury goods brand LVMH.

But she feels strongly about social issues.

Rihanna, along with Beyonce and other singers, was among the high-profile stars who signed a viral petition calling to halt Texas inmate Rodney Reed‘s execution. Now she has lent her voice to the plight of the protesters, stepping into social media hotwater.

The 'Umbrella' crooner's tweet evoked reactions from fans and celebrity followers and caused her to trend on the microblogging platform. With over 241,000 tweets, Rihanna was trending at Number 1 spot in India on the site. On Tuesday, till 11.10 pm (Indian Standard Time), her tweet garnered 144,000 likes and over 70,000 retweets. 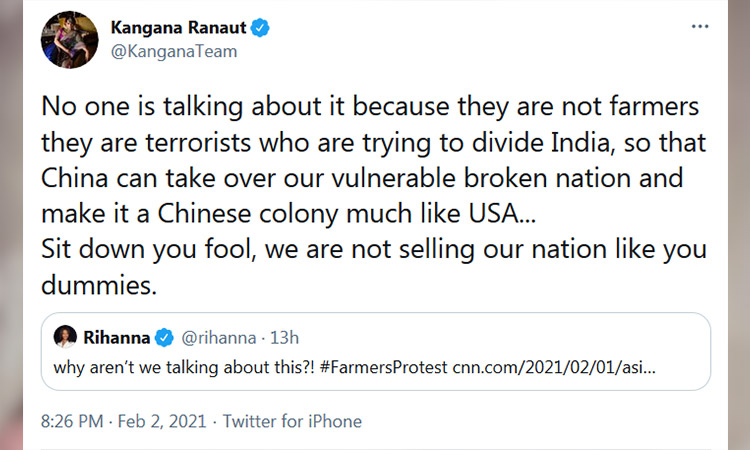 Actor Kangana Ranaut, who supports farm laws, called Rihanna a "fool" and said that the protesters were not farmers but "terrorists who are trying to divide India".

"No one is talking about it because they are not farmers they are terrorists who are trying to divide India, so that China can take over our vulnerable broken nation and make it a Chinese colony much like USA... Sit down you fool, we are not selling our nation like you dummies," the 'Panga' actor tweeted. 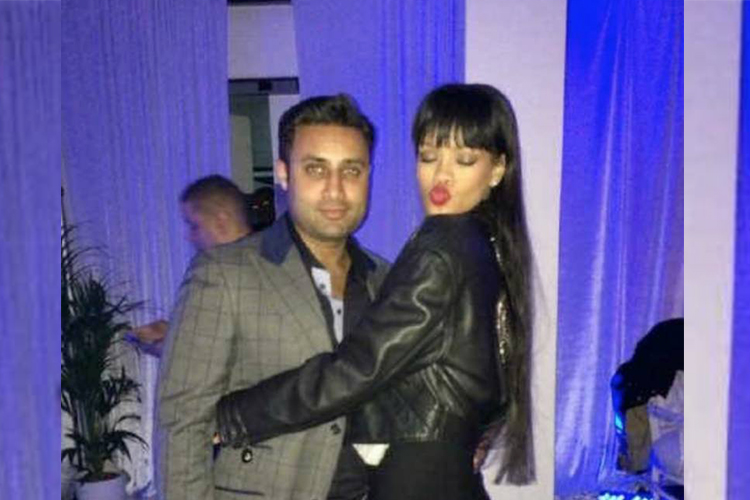 Rihanna has become the biggest trending topic in India ever since she tweeted about the ongoing farmers' protest.