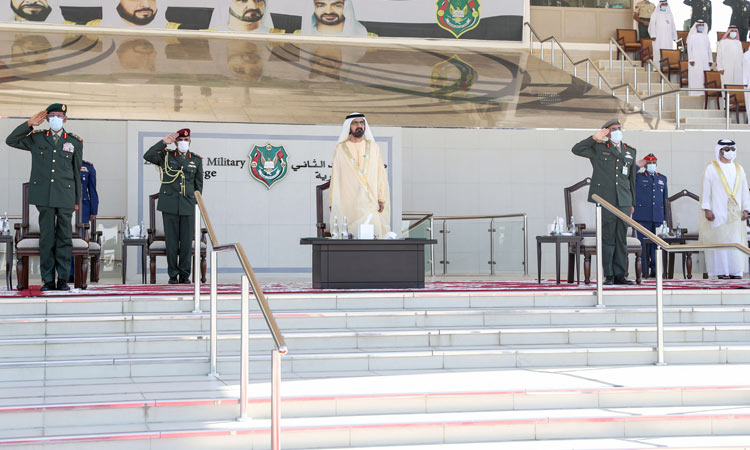 Sheikh Mohammed during the graduation ceremony in Al Ain on Wednesday. WAM 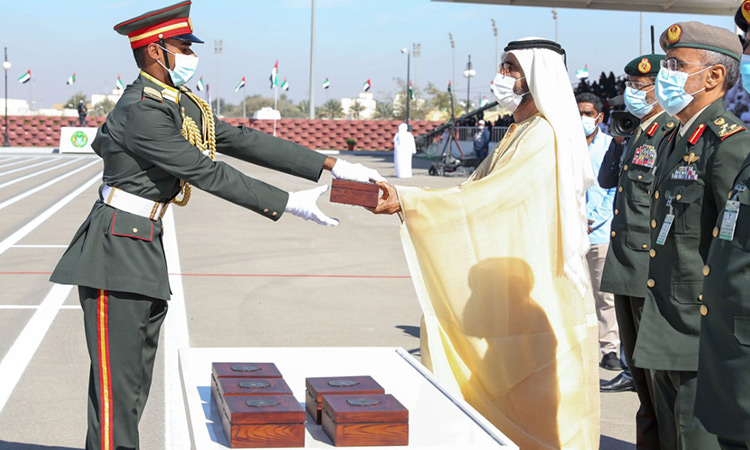 Sheikh Mohammed greeted the graduates who took an oath of loyalty before him. He also honoured top achievers while wishing them further achievements. 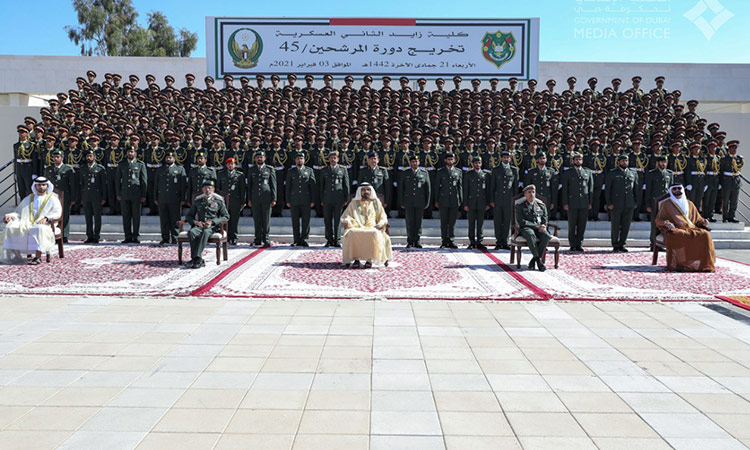 Sheikh Mohammed attends the graduation ceremony of the 45th batch of cadet officers.

Sheikh Mohammed expressed his pride in the military graduates and their commitment to serve their homeland. 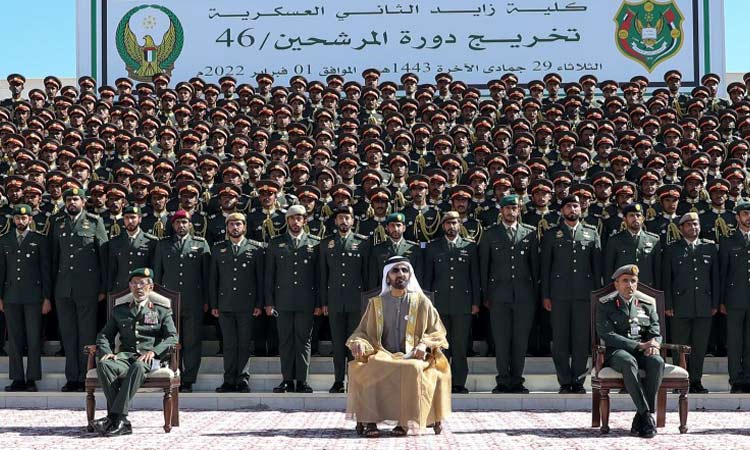 Sheikh Mohammed also honoured the top achievers and congratulated the graduates on their success and wished them more such achievements. 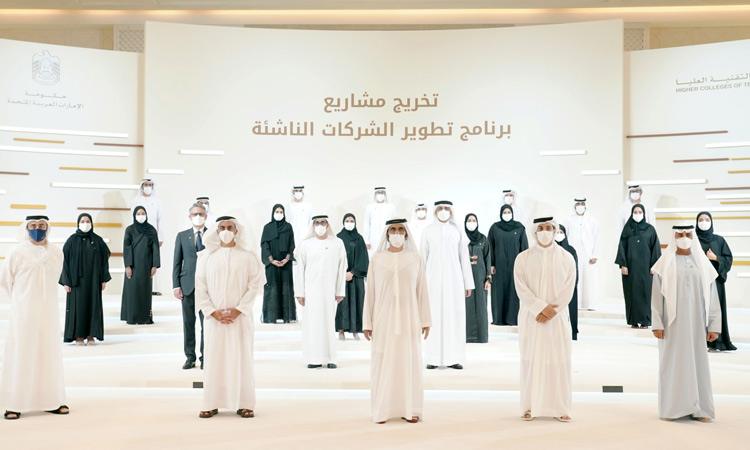 Prime Minister of the UAE and Ruler of Dubai, His Highness Sheikh Mohammed Bin Rashid Al Maktoum, said after reviewing a number of startups during the ceremony: Equipping students with skills and tools for entrepreneurship constitutes a paramount importance for the UAE.

Sheikh Zayed foresaw the future with his wise vision and sought to establish the UAE Armed Forces to protect the nation, says VP.