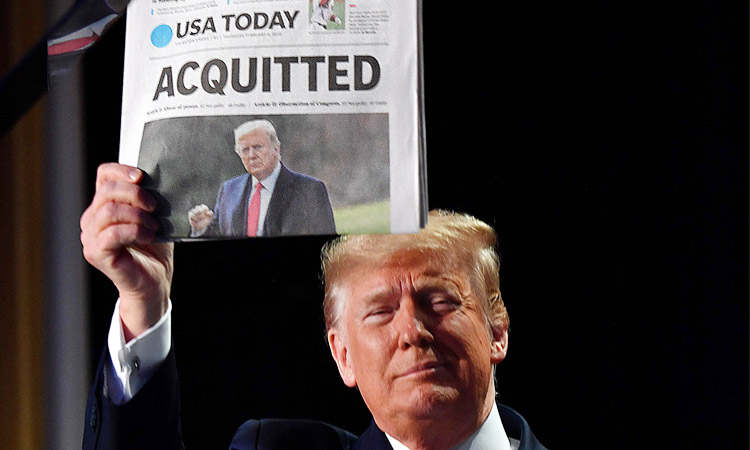 US President Donald Trump holds up a newspaper that displays a headline “Acquitted,” in Washington, DC. File/AFP

Former US President Donald Trump is due to file a response to the impeachment charge on Tuesday but replaced his lead legal counsel over the weekend.

One declined to prosecute Bill Cosby for rape, trading lawsuits instead with his alleged victim; another considered defending alleged sex trafficker Jeffrey Epstein.

The two lawyers former president Donald Trump has hired to defend him in his Senate impeachment trial are confident, tough and media-honed criminal case experts who could liven up what is already set to be a nationally televised spectacle. 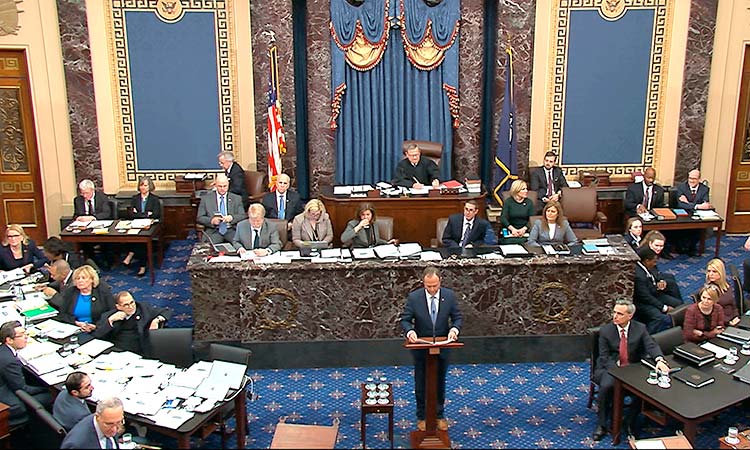 In this image from video, impeachment manager Adam Schiff argues in favour of amendment in Washington. File/AP

Earlier, Trump's unprecedented second impeachment trial takes shape this week, as Democrats outline their case and Trump scrambles to prepare a defence amid disarray on his legal team.

A day after breaking with his original legal team, reportedly over strategy, on Sunday Trump named David Schoen and Bruce Castor to represent him at the trial.

They have one week to muster a strategy to ensure that the ex-president receives enough support from Republican senators to avoid conviction, for the second time in one year.

That should be easy: conviction requires a two-thirds majority of the 100-member Senate, and already 45 of the 50 Republicans have signaled they believe trying Trump after he has left office is unconstitutional.

But according to reports, Trump has been adamant about arguing the case that President Joe Biden’s election win was based on fraud. 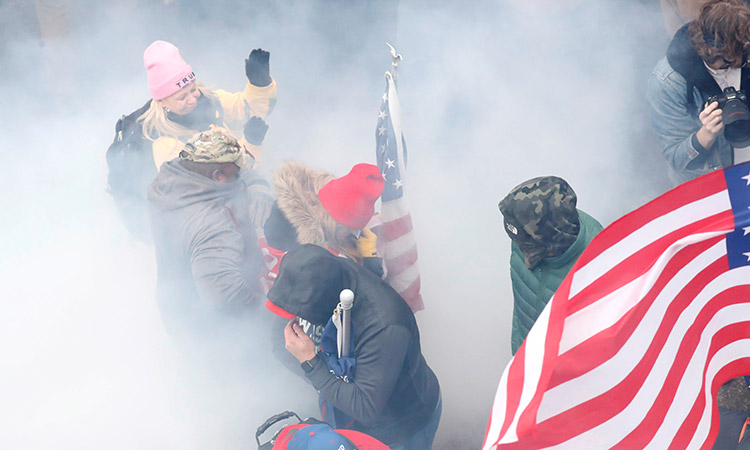 Pro-Trump protesters react amidst a cloud of tear gas during clashes with Capitol police in Washington. File/Reuters

That claim, despite there being no evidence to support it, propelled the violent assault on the US Capitol that forced Trump’s vice president Mike Pence to go into secure hiding and left hundreds of members of Congress fearing for their safety.

Arguing such a case could conceivably erode some of the already tenuous Republican support for Trump. The strategy reportedly contributed to the split with his original defense team.

The turmoil with his legal team may have persuaded Trump to change his mind on the strategy.

“The strength of our constitution is about to be tested like never before in our history,” Castor said in the statement issued by Trump to announce the new line-up.

Schoen reiterated that stance in an interview with Fox News on Monday, saying the impeachment trial is “tearing the country apart at a time when we don’t need anything like that.”

The two attorneys will face prosecutors — Democrats from the House of Representatives — arguing the single charge of “incitement of insurrection.”

They allege that Trump fostered sedition by stoking the January 6 attack on the Capitol that left five people dead and halted, for several hours, Congress’ certification of Biden as the election winner.

Trump had earlier called for the process to be stopped.

Both attorneys have deep court experience. 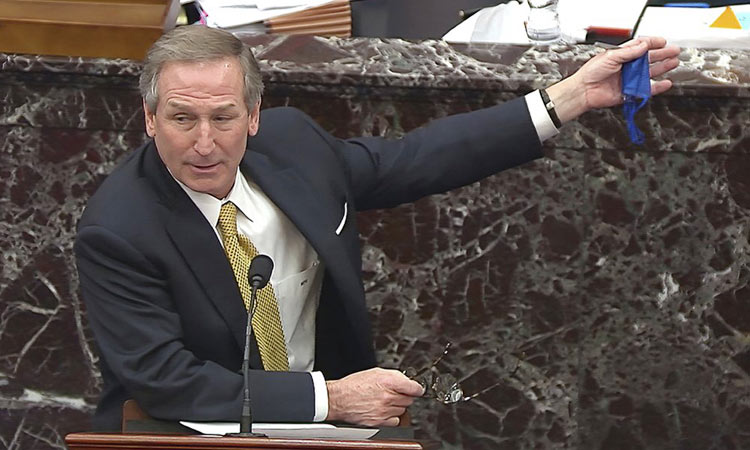 VIDEO: Trump lawyers argue impeachment based on 'hatred,' not facts

The defense team vigorously denied on Friday that Trump had incited the deadly riot and said his encouragement of followers to “fight like hell” at a rally that preceded it was routine political speech. They played a montage of out-of-context clips showing Democrats, 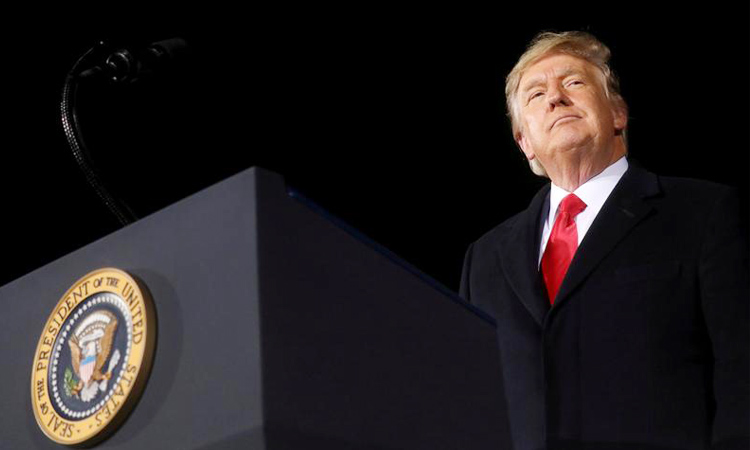 Lawyers David Schoen and Bruce Castor will head the defense effort in the trial set to begin on Feb.9, Trump’s office said in a statement. Schoen had already been helping Trump and advisers prepare for the proceedings, according to the former president’s office.