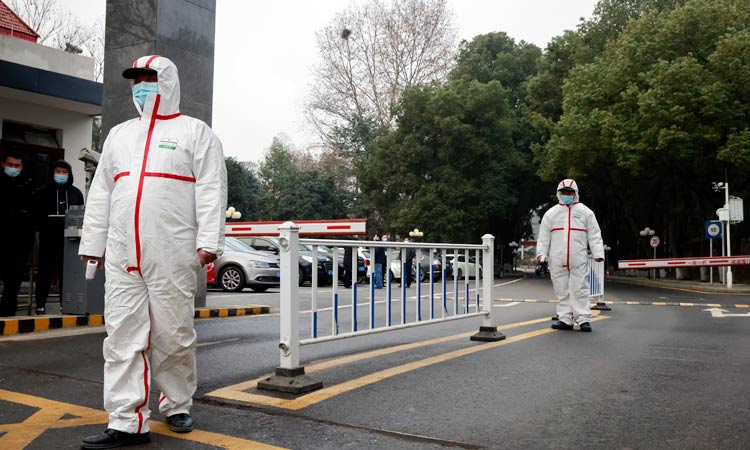 Security personnel look on during the visit by members of the WHO team at the Hubei provincial center for disease control in Wuhan. Reuters

A World Health Organization-led team investigating the origins of the COVID-19 pandemic on Monday visited the Center for Disease Control and Prevention in China’s central region of Hubei, where the outbreak emerged in late 2019.

The group of independent experts spent about 4-1/2 hours on its longest site visit since completing two weeks of quarantine on Thursday, and did not speak to waiting journalists. 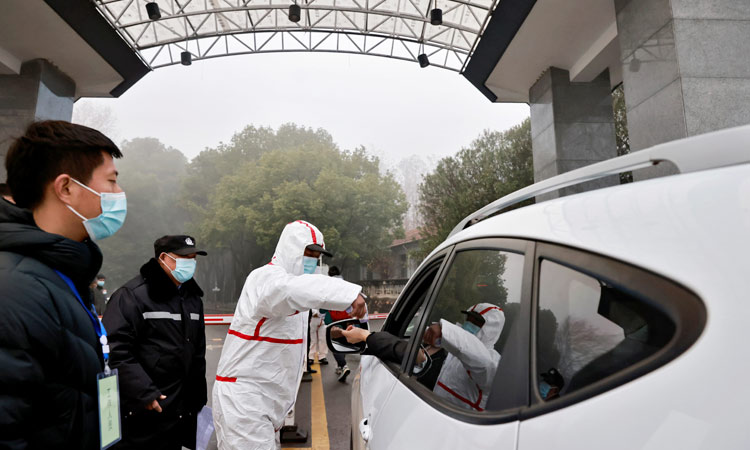 Security personnel check people's temperature during the visit by members of the World team at the Hubei in Wuhan. Reuters

The WHO, which has sought to manage expectations for the mission, has said its members would be limited to visits organised by their Chinese hosts and have no contact with community members, because of health curbs.

No full itinerary for the group’s field work has been announced, and journalists covering the tightly controlled visit have been kept at a distance from team members.

Yanzhong Huang, senior fellow with the Council of Foreign Relations in Washington, said two weeks in the field was not much time for the experts.

“I don’t think they have the time to get any conclusive results. It is more like communication and information exchange,” Huang told Reuters by phone from Washington.

“It depends how diligent they are in digging new information but also about how cooperative and accommodating the Chinese side will be.”

Beijing has sought to cast doubt on the notion that the coronavirus originated in China, pointing to imported frozen food as a conduit.

That hypothesis figured again on Sunday in the Global Times tabloid run by the ruling Communist Party’s People’s Daily.

On Sunday, the experts visited the Huanan seafood market linked to initial infections, and the Baishazhou wholesale food market, where a loudspeaker repeatedly announced that the sale of imported cold chain products was banned at the market. 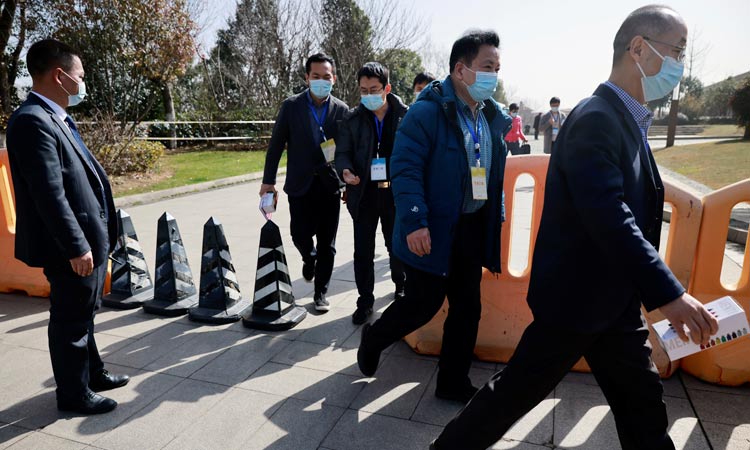