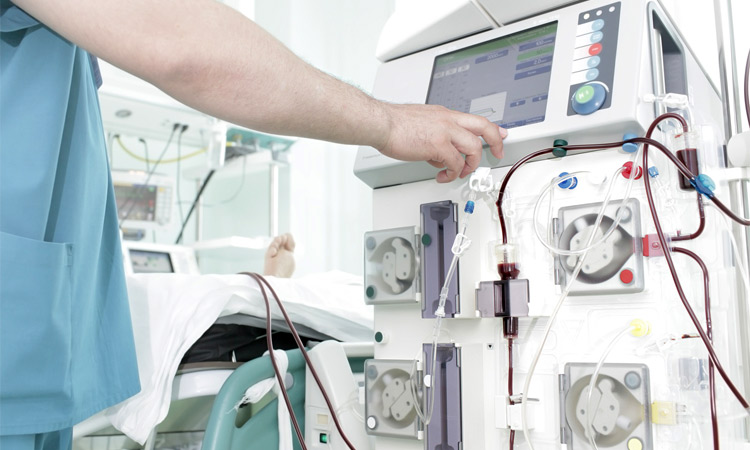 About five years ago, UAE national Maryam donated a kidney to her daughter who was suffering from congenital nephrotic syndrome, a condition that leads to irreversible failure of the organ.

But when her teenage son Eissa Abdul Malik, who had the same condition, urgently needed a kidney in 2019, she had to turn to the UAE organ donors' registry and hope for the best.

"All of my children, three boys and a girl, suffer from kidney issues. Each one started experiencing health problems at a different age. I had already donated a kidney to my daughter and none of my family members were in a position to donate to Eissa due to health reasons,” says Maryam.

"Eissa did not have a normal childhood. There were always restrictions on what he could eat, he was on medications and he could not play basketball because of the dialysis. I told him that he will just need to be patient and soon he will be able to do whatever he likes.”

He was evaluated for a living kidney donor, but no potential family donor was identified.

Eissa was then placed on the registry for a transplant.

Doctors at the hospital began dialysis to keep his body in balance while they waited for an available organ.

Under the care of a multidisciplinary team, the operation was successfully conducted in four hours in October last year (2020).

The teenager is now recovering at home with ongoing monitoring by the Heart & Vascular and Kidney transplant teams at Cleveland Clinic Abu Dhabi.

Maryam says she hopes her experience will help change the public’s perception toward organ donation and encourage more residents to carry out this selfless act.

"I urge people to register as donors in the UAE’s transplant programme. I have done so myself as I feel strongly about it. I want people to know that donating organs is an amazing thing to do, especially a kidney, as you can live normally with just one,” she says.

"It hurts to see your children waste their life in hospitals. This gift by an anonymous donor has saved my son’s life. I will be eternally grateful. Now my older son is in need of a kidney and I’m hopeful that we will receive one soon.”

Dialysis is a treatment that helps perform functions of a healthy kidney, such as removing waste, salt and excess water; keeping a safe level of certain chemicals in the blood, such as potassium, sodium and bicarbonate; and helping to control blood pressure. But the situation became dire when the youngster’s heart began failing.

"When we first saw Eissa, his heart was in good shape, but when he started the dialysis, his heart function began deteriorating rapidly. Unfortunately, some children do not take to this treatment well and that is why a kidney transplant is lifesaving. We are fortunate that a donor was found on time and this young boy has been given a second chance in life,” says Dr Bashir Sankari, the Chair of Surgical Subspecialties Institute at Cleveland Clinic Abu Dhabi.

Patients with end-stage kidney disease requiring dialysis are at an increased risk of heart failure.

Several factors, such as fluid overload, diastolic dysfunction (heart’s inability to relax between beats), arterial stiffness and valvular heart disease, may contribute to the problem in these patients. An underlying ventricular dysfunction in patients undergoing dialysis can also heighten the risk of heart failure.

"His existing heart condition was only evident after the kidney transplant. Had we continued with dialysis for longer, he would have gone into full heart failure and would have required a heart transplant,” says Dr Sankari. 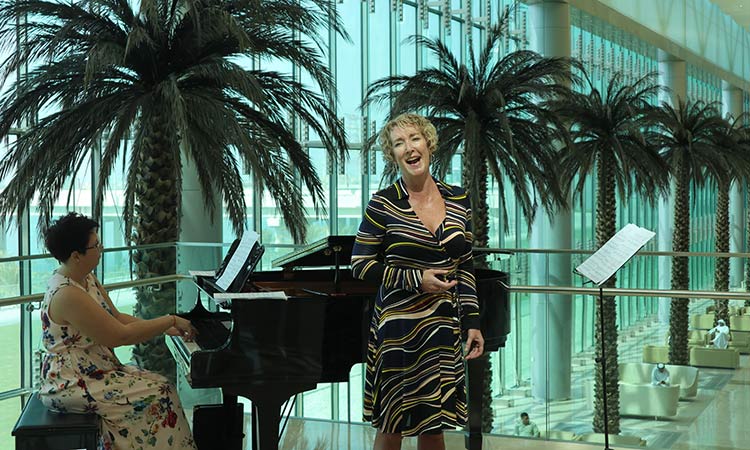 The truck has five control ports, one for each firefighter, and contains oxygen that enables firefighters to recover after inhaling smoke, which will improve their productivity and performance.