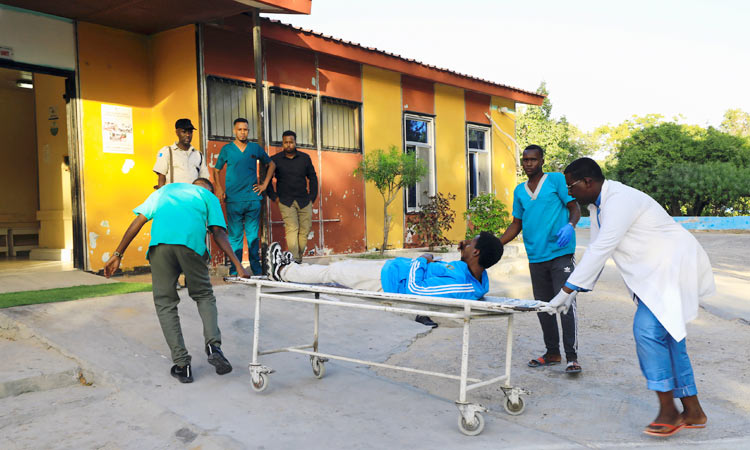 Nine people died in a weekend attack at a hotel in the Somali capital of Mogadishu, and security forces ended the assault by al Qaeda-linked al Shabaab fighters early on Monday, a police spokesman said. 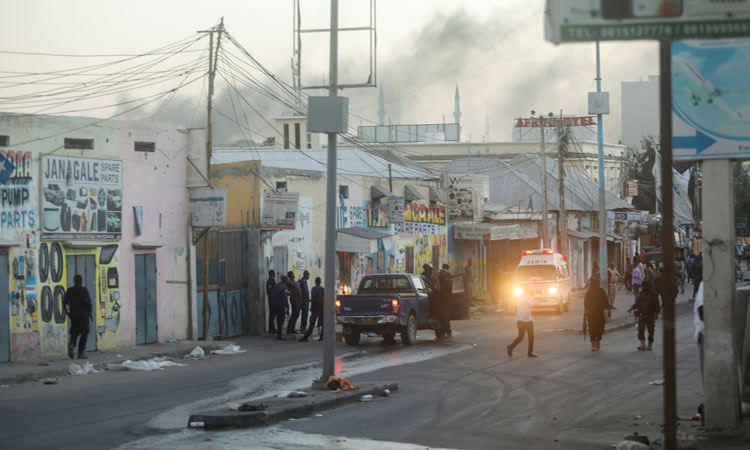 Somali security officers secure the scene of a car bomb explosion as paramedics await to rescue the injured in the Kilometre 4 area of Mogadishu. Reuters

A suicide car bomb exploded early on Sunday evening and was followed by a shootout between al Shabaab militants and security forces at the Hotel Afrik. The fighting lasted into early Monday.

“The operation is over now. Nine people including four attackers died and over 10 civilians were injured. There is no electricity,” Sadik Ali, told reporters from the scene and via Facebook.

Prime Minister Mohamed Hussein Roble said in a statement that among those killed was a former military general, Mohamed Nur Galal.

“I condemn the barbaric attack. May Allah have mercy on all those who died. General Mohamed Nur Galal, will be remembered for his over 50 year role in defending the country,” he said.

Al Shabaab has battled since 2008 to overthrow Somalia's central government and establish its rule, based on its own harsh interpretation of Islamic law. 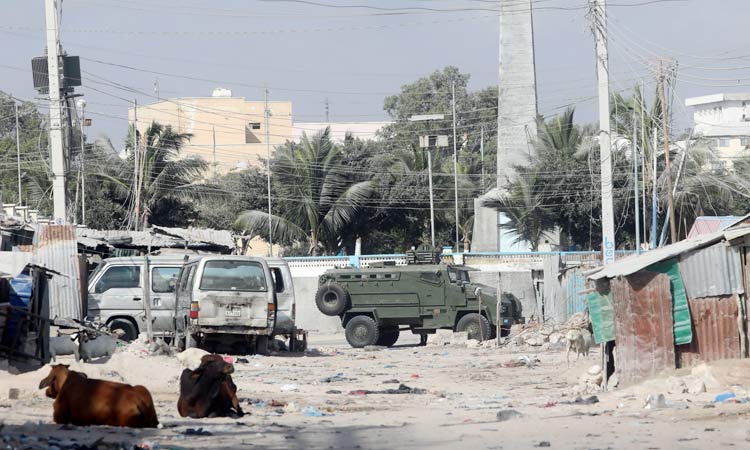 The spillover of political rivalries into open conflict will dismay Somalia’s allies and play into the hands of the al Qaeda-linked al Shabaab insurgency, which mounts attacks on civilians around East Africa in its bid to install strict Islamic law.