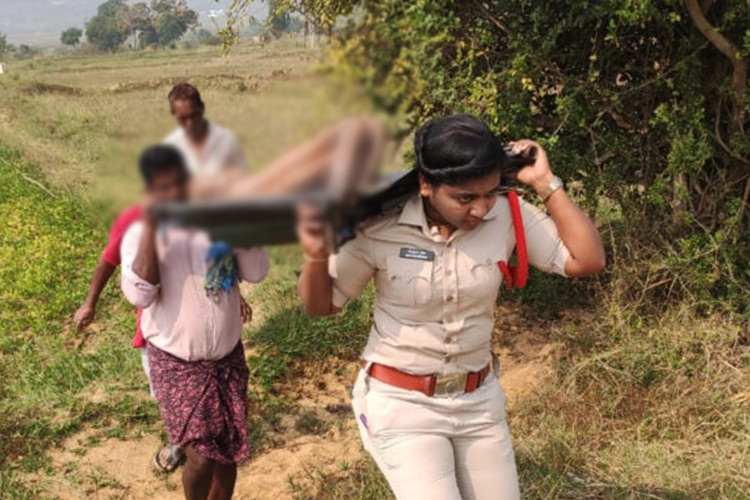 A video of a lady police officer in Andhra Pradesh went viral on social media after she undertook the task of carrying the body of an unknown man for the final rites after villagers refuse to take part.

Andhra Pradesh Director General of Police (DGP) Gautam Sawang on Monday lauded the woman sub-inspector for carrying the mortal remains of the man in Srikakulam district.

"Kasibugga lady sub inspector Sirisha has carried an unidentified dead body which was found in the fields of Adivikotturu village in Palasa in Kasibugga municipality of Srikakulam," said an official statement.

Images and video of Sirisha's noble gesture started trending on Monday as the police officer carried the body for up to 2 km.

The dead man could not be identified and the villagers declined to carry his body.

In her police uniform, Sirisha carried the corpse through the paddy fields from the front, even as somebody was overheard saying “please leave madam.”

"It okay," said Sirisha and even helped in doing the final rites of the unknown man by handing it over to Lalitha Charitable Trust.
Kasibugga is 544 km northwest of Vijayawada. 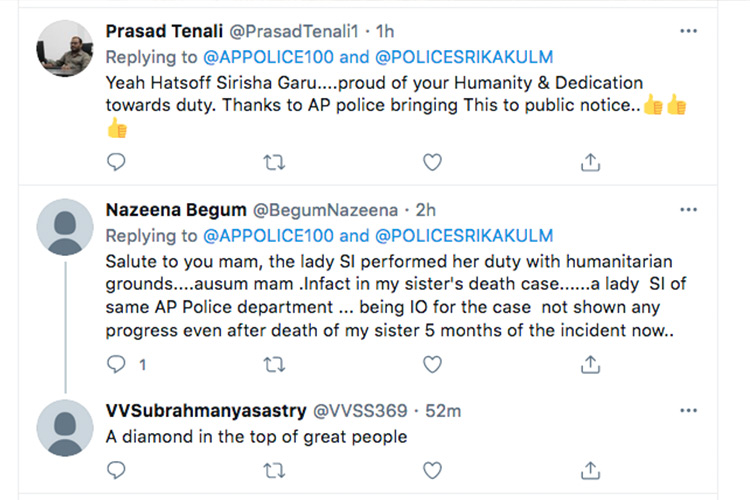 Prasad Tenali said on Twitter, “Yeah Hatsoff Sirisha Garu....proud of your Humanity & Dedication towards duty. Thanks to AP police bringing This to public notice…”

Nazeena Begum said, “Salute to you mam, the lady SI performed her duty with humanitarian grounds.... In fact in my sister's death case... a lady SI of same AP Police department ... being IO for the case not shown any progress even after death of my sister 5 months of the incident now.”

VV Subrahmanya Sastry said, “A diamond in the top of great people.”

LV Prasanna Kumar said, “I salute the woman police officer and every human should get inspired with her act of humanity.”