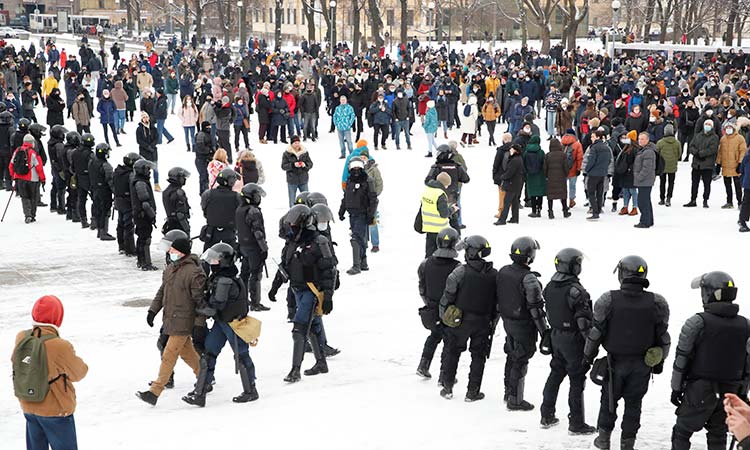 A general view of a rally in support of jailed Russian opposition leader Alexei Navalny in Saint Petersburg. Reuters

Russian police have so far detained an estimated 519 people at unauthorised rallies on Sunday across the country in support of jailed Kremlin critic Alexei Navalny, the OVD-Info protest monitor said. 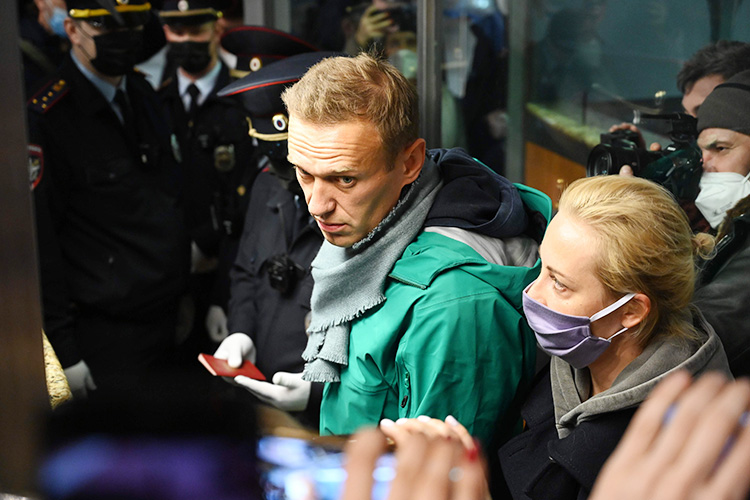 Thousands of people took to the streets on Sunday across Russia's vast expanse to demand the release of jailed opposition leader Navalny, keeping up a wave of nationwide protests that have rattled the Kremlin, according to The Associated Press.

Authorities said in advance that the rallies had not been authorised and would be broken up.

The authorities mounted a massive effort to stem the tide of demonstrations after tens of thousands of people rallied across the country last weekend in the largest and most widespread show of discontent Russia has seen in years. 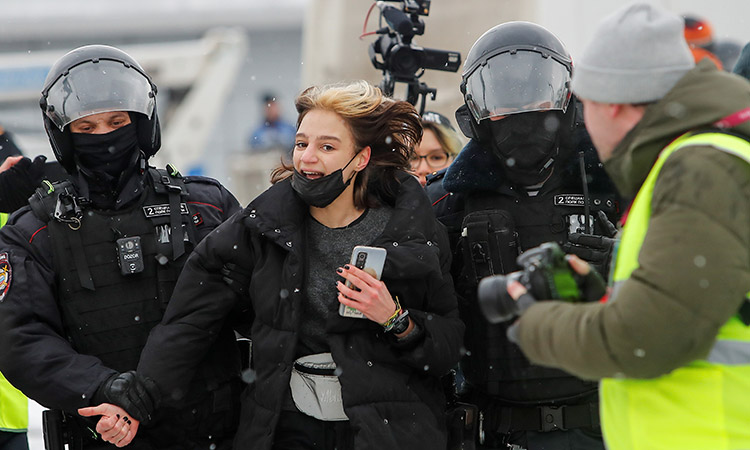 A law enforcement officer detains a woman during a rally in support of jailed Alexei Navalny in Moscow. Reuters

According to independent monitors, at least 261 people were detained in more than a dozen cities before the expected start of the rally in Moscow, which usually mobilises the largest crowds.

In an unprecedented move police in the capital announced the closure of seven metro stations and said movement of pedestrians would be limited in the city centre.

The 44-year-old Navalny, an anti-corruption investigator who is the best-known critic of President Vladimir Putin, was arrested on Jan. 17 upon returning from Germany, where he spent five months recovering from nerve-agent poisoning that he blames on the Kremlin. Russian authorities have rejected the accusations. 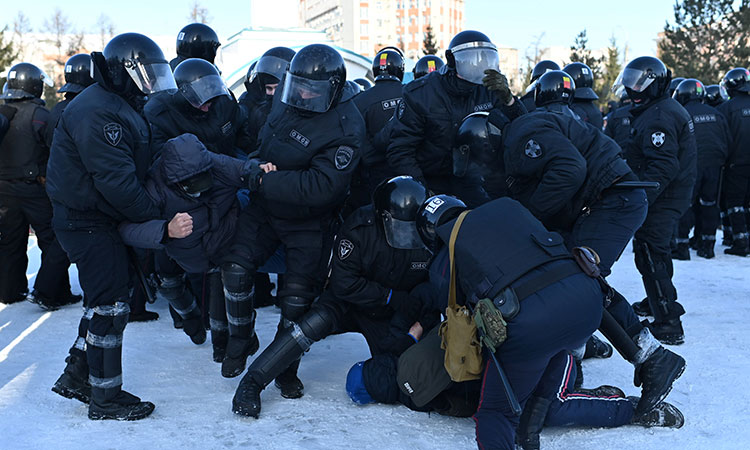 On Sunday, police detained over 500 participants in protests held in many cities across Russia's 11 time zones, according to the OVD-Info, a group that monitors arrests.

In the far eastern port of Vladivostok alone, more than 100 people were detained after protesters danced on the ice and rallied in the city center.

The city of Novosibirsk in eastern Siberia saw one of the biggest rallies, with thousands marching across the city chanting "Putin, thief!” More than 50 were detained.

The chants referred to an opulent Black Sea estate reportedly built for the Russian leader that Navalny's team have released a popular video about. 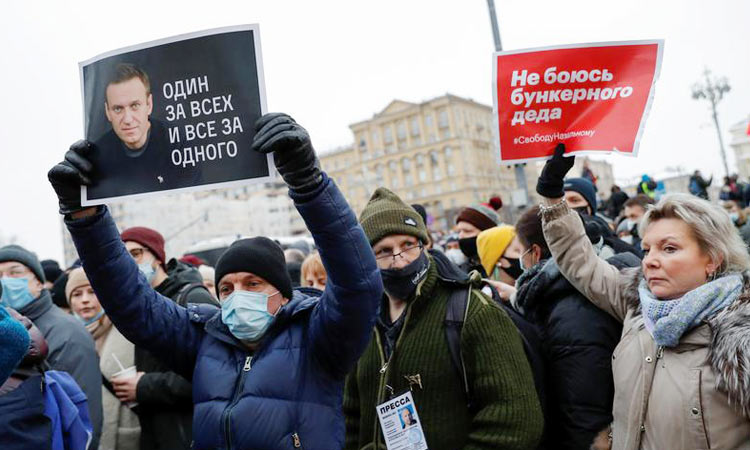