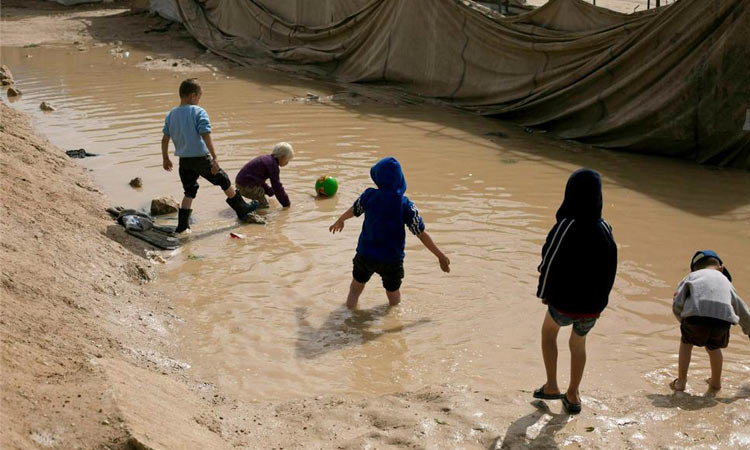 Children play in a mud puddle in the section for foreign families at Al-Hol camp in Hasakeh province, Syria. File/AP

The UN counterterrorism chief is urging countries to repatriate the 27,000 children stranded in a massive camp in northeastern Syria, many of them sons and daughters of Daesh who once controlled large swathes of Iraq and Syria.

The 27,000 children “remain stranded, abandoned to their fate,” vulnerable to be preyed on by Daesh enforcers, “and at risk of radicalization within the camp,” he said.

Al Hol, the largest camp for refugees and displaced Syrians in the country, is currently home to almost 62,000 residents, according to UN humanitarian officials. More than 80% are women and children, many who fled there after Daesh lost their last Syrian stronghold in 2019. There are a number of other camps in the northeast as well.

Voronkov said there are children from 60 countries in the camps who are the responsibility of their member states, not of Syria or the groups that control the camps. Kurdish fighters are guarding Al-Hol and other camps as well as thousands of Daesh fighters and boys in prisons.

He said a number of countries — including Russia and Kazakhstan that convened the virtual meeting — “have collectively repatriated nearly 1,000 children and their family members.”

Voronkov said the experiences of the returnees are being compiled “and what we see thus far is that fears of security risks have been unfounded.”

Video of giggling baby has Twitter users laughing with her too

The executive director of the UN Counterterrorism Center stressed that children “must be treated primarily as victims” and youngsters under the age of 14 should not be detained or prosecuted.

History has shown that children are resilient and can recover from violent experiences if they are supported in reintegrating into communities, Voronkov said.

“Every effort should be made to ensure children are not kept in institutions but allowed to reintegrate with family members within their communities,” he said.

Virginia Gamba, the UN special representative for children and armed conflict, told the Security Council that children catalogued as being associated with armed groups including Daesh and Al Qaida “are the children who have been left adrift by conflict, like flotsam in the sea.”

She echoed Voronkov’s call that they be treated “primarily as victims, not as security threats, and that detention be used as a measure of last resort and for the shortest possible period.”

The mental health, safety and overall development of foreign children held for a long time “in dramatic conditions” in camps in northeast Syria and Iraq “are at stake,” Gamba said.

“They’re exposed to further trauma and stigmatization and are at risk because of their proximity to members of designated terrorist groups,” she said.

Children have a right to a nationality and identity and must not remain stateless, Gamba stressed.

Gamba said the repatriation of foreign children should be prioritized “with the best interest of the child,” and they must be assisted in reintegrating and getting an education, health care and jobs.

“They must be given their childhood back in a safe environment where they can build a future away from violence,” Gamba said. “They deserve a chance at life, like any other child.” 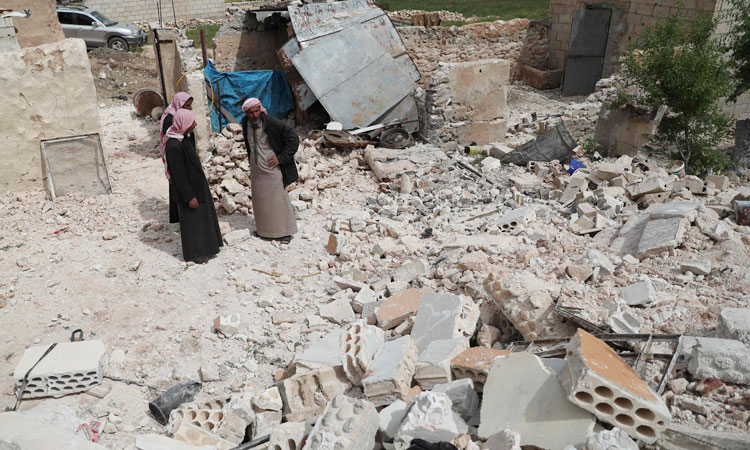 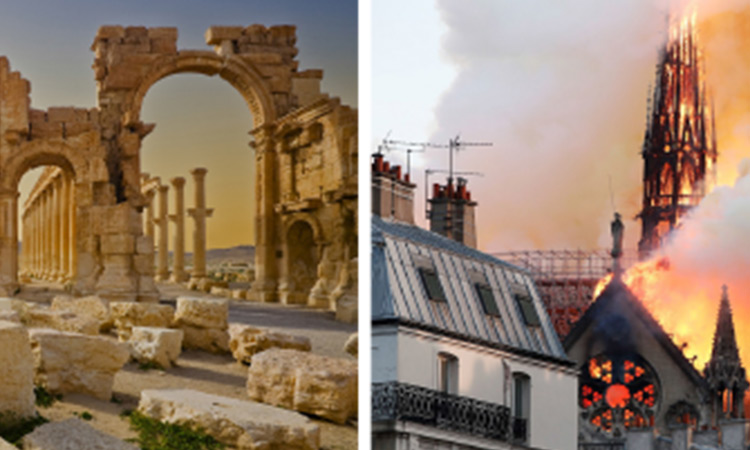 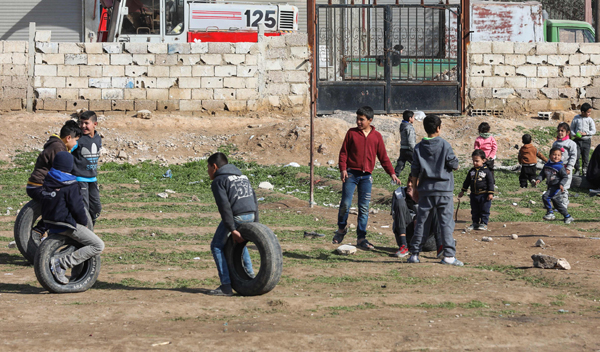