Farmers shout slogans as they arrive at the site of an ongoing protests against farm laws at the Delhi-Uttar Pradesh border. AP

Indian farmers began a one-day hunger strike on Saturday as major Indian opposition parties boycotted the opening day of Parliament’s budget session on Friday in solidarity with protesting farmers engaged in a 2-month standoff over new agricultural laws the government refuses to repeal.

The protests were marked by violence on Tuesday, India’s Republic Day, when tens of thousands of farmers riding tractors and on foot stormed the 17th century Red Fort in a brief but shocking takeover shown live on news channels.

In protest against new agricultural laws after a week of clashes between the protesters and government forces left one protester dead and nearly 400 police officers injured. 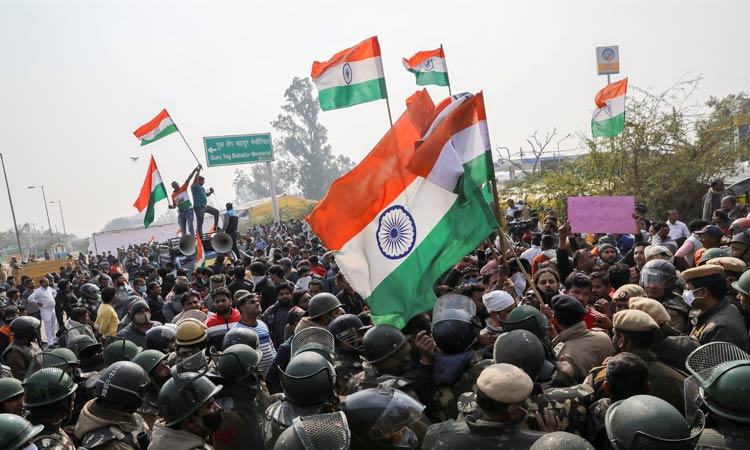 India’s ceremonial President Ram Nath Kovind listed the government’s priorities in an address to Parliament. The budget is to be presented on Monday.

A planned tractor parade on Tuesday’s Republic Day turned violent when some protesters deviated from pre-agreed routes, tore down barricades and clashed with police, who used tear gas to try and restrain them.

Sporadic clashes between protesters, police and groups shouting anti-farmer slogans have broken out on multiple occasions since then.

“The farmers’ movement was peaceful and will be peaceful,” said Darshan Pal, a leader of the Samyukt Kisan Morcha group of farm unions organising the protests.

“The events on Jan.30 will be organised to spread the values of truth and non-violence.”

Agriculture employs about half of India’s population of 1.3 billion, and unrest among an estimated 150 million landowning farmers is one of the biggest challenges to the government of Prime Minister Narendra Modi since first coming to power in 2014.

Eleven rounds of talks between farm unions and the government have failed to break the deadlock. The government has offered to put the laws on hold for 18 months, but farmers say they will not end their protests for anything less than a full repeal. 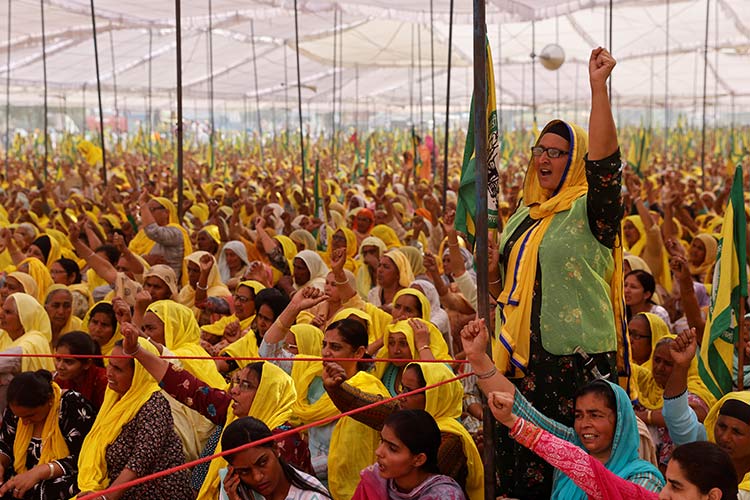