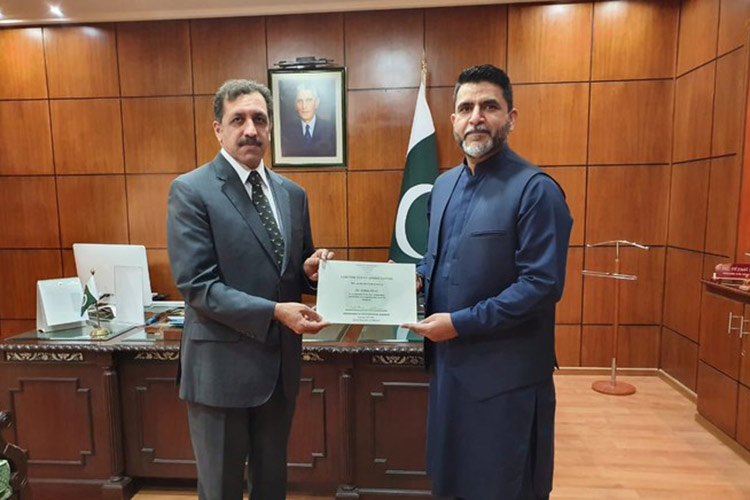 Afzaal Mahmood (left) with an official at the Bahrain Embassy. File

Mahmood carries a diverse experience of representing Pakistan at many international forums and in different parts of the world.

His notable assignments include serving as Consul General in Houston, United States from 2013-2016. Before that he served as Deputy/Acting High Commissioner of Pakistan in Bangladesh from 2009-2013.

His other multilateral assignments include occasional representation at ASEAN, SAARC and Climate Change meetings in Indonesia, East Africa, Bangladesh and Germany.

During his tenure at the Ministry of Foreign Affairs, Islamabad, he has looked after a variety of assignments covering different continents. This includes Director General for Americas and Europe, Director, Deputy Director and Assistant Director for Iran-Turkey, Europe and South Asia.

He graduated in Economics from the Government Post Graduate College, Chakwal and was trained in the Turkish language at Ankara University, Turkey. The Ambassador speaks Turkish and Indonesian languages, in addition to Urdu, English and Punjabi.