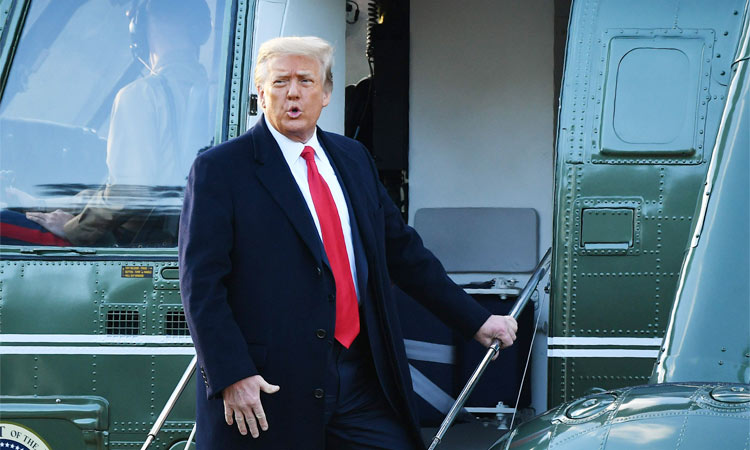 Outgoing US President Donald Trump boards Marine One at the White House in Washington, DC. File/AFP

House Democrats delivered the impeachment case against Donald Trump to the Senate on Monday accusing Donald Trump of inciting the storming of the Capitol, setting in motion the first-ever impeachment trial of a former president.

The nine House impeachment managers silently walked the article through the same ornate halls of Congress overrun by Trump supporters on Jan.6 and delivered it to the Senate, according to AFP.

Instead Republicans are presenting a tangle of legal arguments against the legitimacy of the trial and questioning whether Trump's repeated demands to overturn Joe Biden's election really amounted to incitement.

Representative Jamie Raskin, the lead impeachment manager, then read out the charge against Trump on the Senate floor, where the former president continues to enjoy significant support from Republican senators. 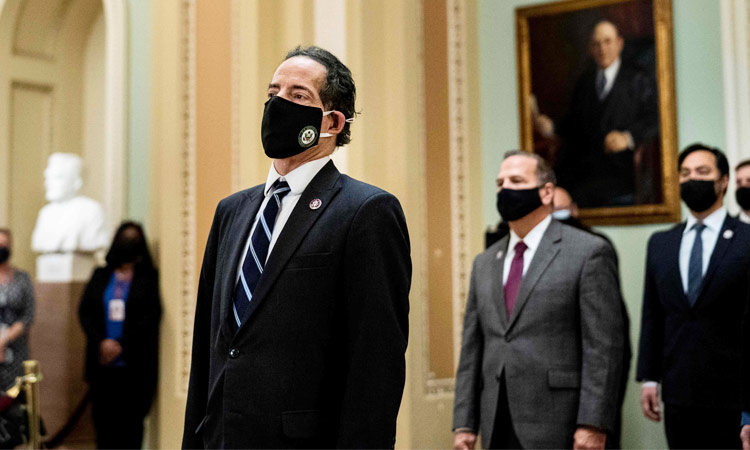 “Donald John Trump engaged in high crimes and misdemeanors by inciting violence against the government of the United States,” Raskin said. “He threatened the integrity of the democratic system, interfered with the peaceful transition of power and imperiled a coequal branch of government.”

The Senate trial of the 74-year-old Trump, who was impeached by the Democratic-majority House on Jan.13 for an unprecedented second time, is to begin the week of Feb.8.

Democratic Senate Majority Leader Chuck Schumer said the 100 members of the Senate, who will act as jurors, will be sworn in on Tuesday and a summons issued to Trump. 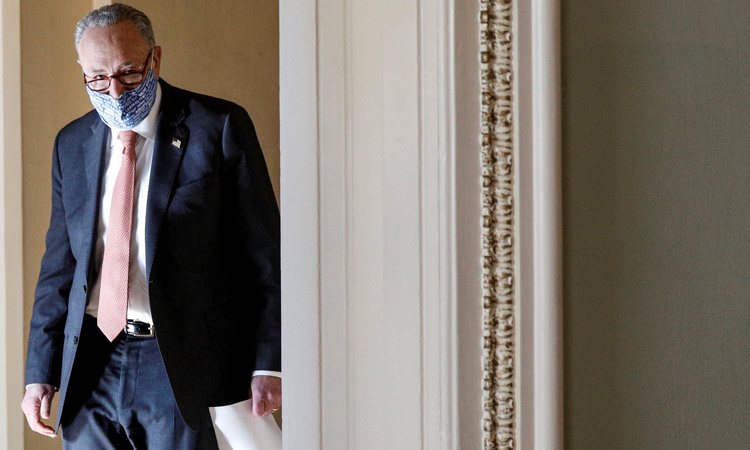 Democrats and Republicans agreed to delay the start of the trial for two weeks to allow Trump to prepare his defense against the charge of “incitement of insurrection,” and for the Senate to confirm President Joe Biden’s cabinet appointees.

US Supreme Court Chief Justice John Roberts presided over Trump’s previous Senate trial — which ended with his acquittal — but presiding this time will be the Senate president pro tempore.

The president pro tempore is the senior senator of the party with the majority in the Senate, currently the Democrats. Patrick Leahy, 80, who was elected to the Senate in 1974, holds the position.

Must be held accountable

Leahy said he would take an oath to be impartial.

“When presiding over an impeachment trial, the president pro tempore takes an additional special oath to do impartial justice according to the Constitution and the laws,” he said. “It is an oath that I take extraordinarily seriously.”

Biden, 78, eager to put Trump in the rear-view mirror and make progress in fighting the coronavirus pandemic and reviving the economy, has taken a hands-off approach to the impeachment. However, he told CNN on Monday evening, “I think it has to happen.”

“We must not give Donald Trump a pass for inciting a deadly insurrection on our Capitol,” Nadler said.

“The House has done its job by impeaching Trump, and now the Senate must complete the task by ensuring that he is never again in a position to directly harm the United States.”

Ten Republicans joined their Democratic colleagues in the House in voting to impeach Trump for inciting the crowd that stormed the Capitol while Congress was certifying Biden’s Nov.3 election victory.

Five people died in the mayhem, including a police officer and a protester who was shot by Capitol police.

The House also impeached Trump a year ago for seeking to dig up political dirt on Biden from Ukraine, but he was acquitted by the Senate, where only a single Republican senator, Mitt Romney of Utah, voted for conviction. 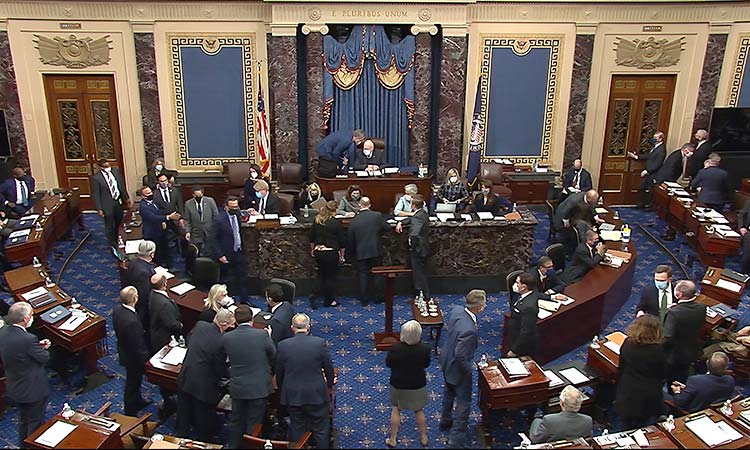