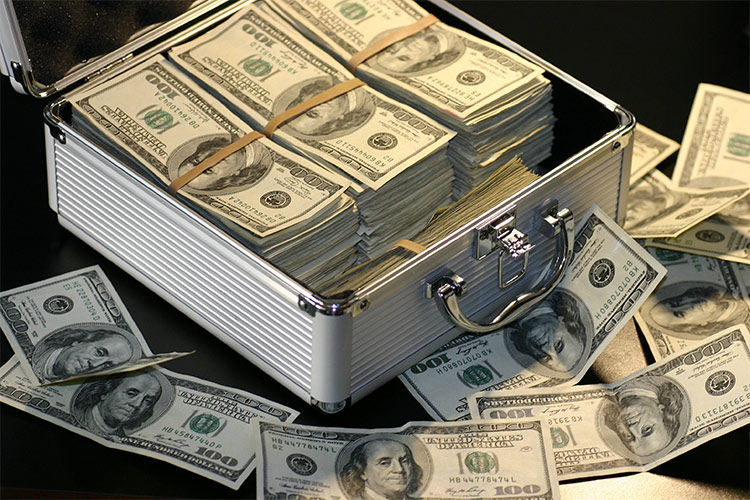 The UAE Public Prosecution published clarifications about the crime of money laundering on its social media accounts.

It is part of its keenness to enhance the legal culture among all members of society, and raise the level of public awareness of the laws.

President His Highness Sheikh Khalifa Bin Zayed Al Nahyan issued the Federal Decree No. 20 on anti-money laundering and countering the financing of terrorism in 2018.

Article (2) of the Federal Decree Law No. 20 of 2018 on Anti-Money Laundering and Combating the Financing of Terrorism and Financing of illegal Organizations states that: 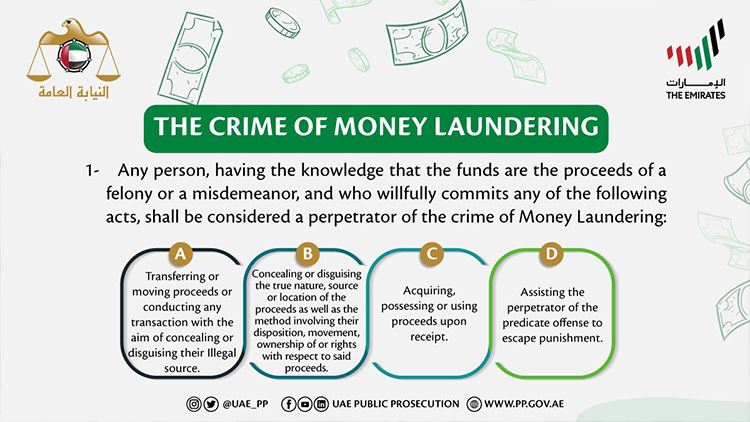 1 - Any person, having the knowledge that the funds are the proceeds of a felony or a misdemeanour, and who wilfully commit any of the following acts, shall be considered a perpetrator of the crime of Money Laundering:

A- Transferring or converting proceeds or conducting any transaction with the aim of concealing or disguising their Illegal source.

B - Concealing or disguising the true nature, source or location of the proceeds, or the method involving the disposition, movement or ownership of the Proceeds or rights related thereto.

D - Assisting the perpetrator of the predicate offence to escape punishment. 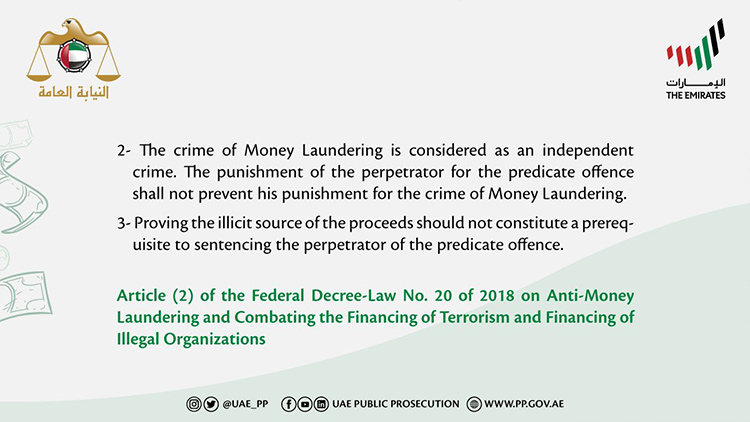 3- Proving the illicit source of the proceeds should not constitute a prerequisite to sentencing the perpetrator of the predicate offence.

The law recommends the establishment of an independent "Financial Information Unit" within the Central Bank to receive and investigate all reports submitted by financial institutions and other corporate establishments regarding suspected illicit financial activity. Under the provisions of this decree, a committee has been set up under the chairmanship of the Governor of the Central Bank titled "The National Committee to Counter Money Laundering, Combating the Financing of Terrorism and Financing of Illegal Organisations." 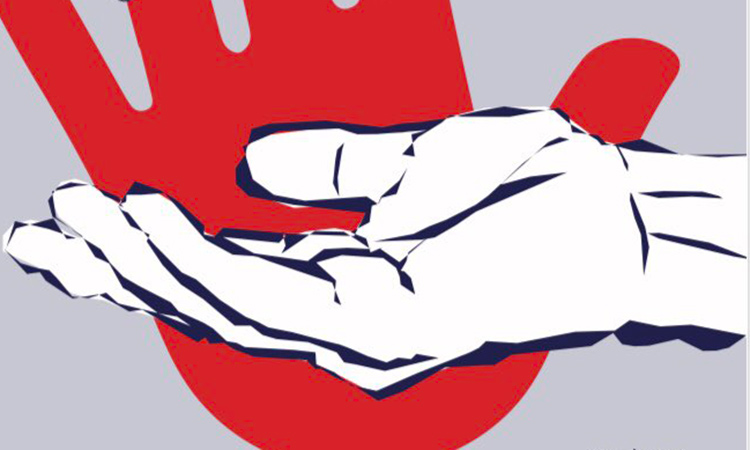 Women get a month in jail for begging

The Dubai Public Prosecution referred two female visitors to the Misdemeanors Court on charges of begging people for money. The two women have been arrested and the amounts in their possession, seized.