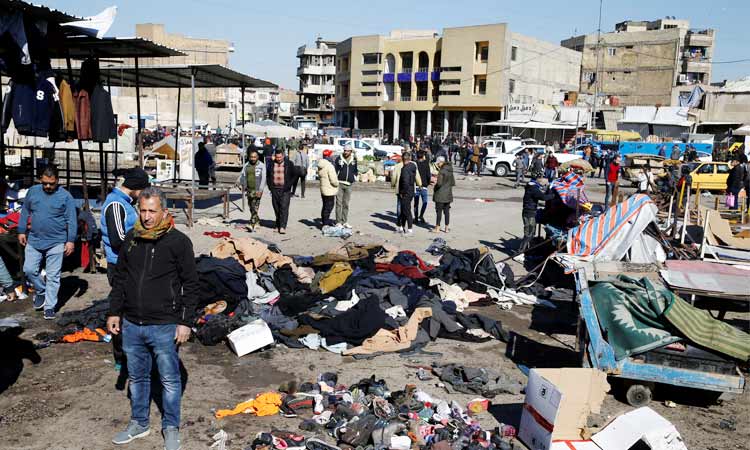 The site of a twin suicide bombing attack in a central market is seen in Baghdad, Iraq. Thaier al-Sudani/Reuters

Daesh claimed responsibility early on Friday for Baghdad’s suicide attack, via the group’s Amaq news agency on its Telegram channel. 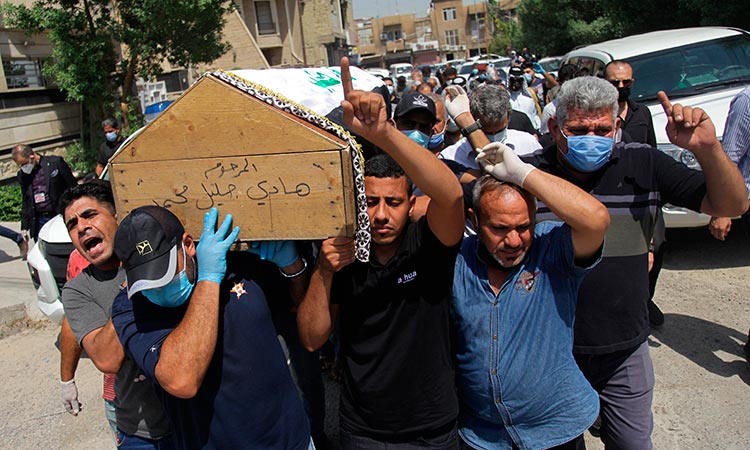 Gunmen on a motorcycle opened fire on Hisham Al Hashimi, 47, outside his home in the Zeyouneh area of Baghdad, a family member said, speaking on condition of anonymity for security reasons. The family member heard five shots fired.