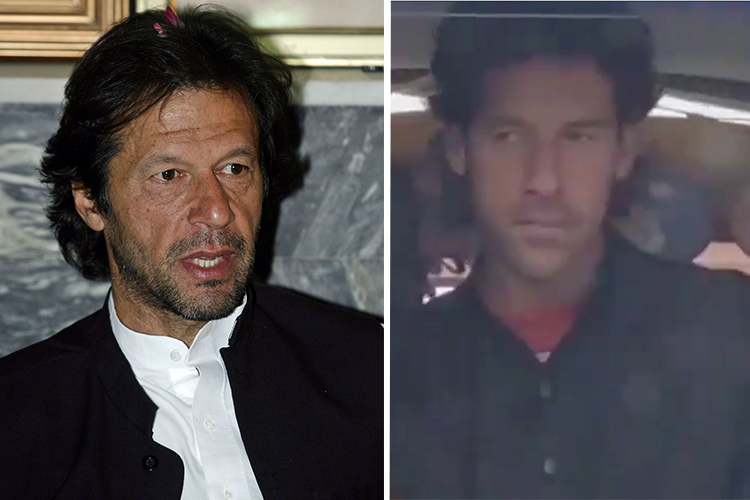 A combo image shows Imran Khan and his lookalike.

We all have heard and read about the theory that seven other people exist in this world, who look exactly like us.

Though there is no scientific proof of it, but the social media has found one for Pakistan’s Prime Minister Imran Khan.

A video of a man who resembles Imran has gone viral on social media. The video was shot and uploaded by an unidentified user where Imran Khan’s lookalike can be seen riding a rickshaw in Punjab’s city of Sialkot.

Another user Izzah wrote: “7 humshakals pe believe hogya.” (Now i beleive the 7 lookalike theory.”
The video has been widely shared on social media.

On the other hand, the Pakistan prime minister reacted angrily to media reports of a text exchange between an Indian TV anchor and a former media industry executive that suggests a 2019 Indian airstrike inside Pakistan was designed to boost Indian Prime Minister Narendra Modi’s chances for re-election.

Imran Khan took to Twitter to respond to Indian media reports of an exchange on the WhatsApp messaging service between popular Indian TV anchor Arnab Goswami and Partho Dasgupta, the former head of a TV rating company.

The purported text exchange three days before the airstrike indicates Goswami had prior knowledge of the attack and that it was designed to drum up support for Modi in his re-election bid in pending parliamentary elections.