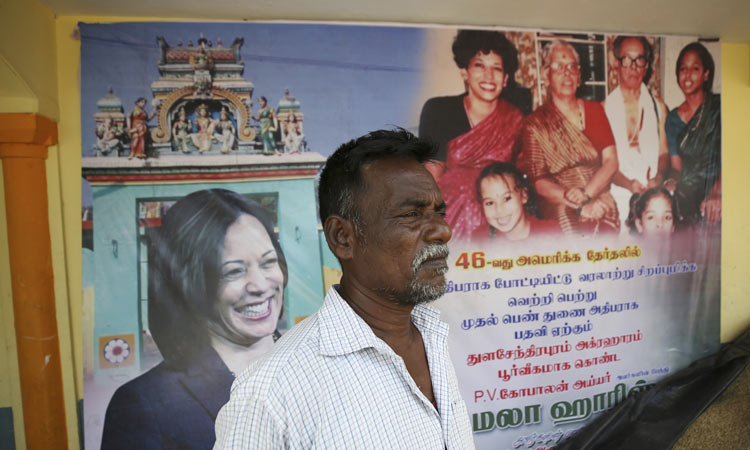 An Indian villager stands in front of a banner displaying photographs of US VP-elect Kamala Harris in Thulasendrapuram, India. Aijaz Rahi/AP

A tiny, lush-green Indian village surrounded by rice paddy fields was beaming with joy on Wednesday hours before its descendant, Kamala Harris, takes her oath of office and becomes the US vice president.

Harris is set to make history as the first woman, first woman of color and first person of South Asian descent to hold the vice presidency. 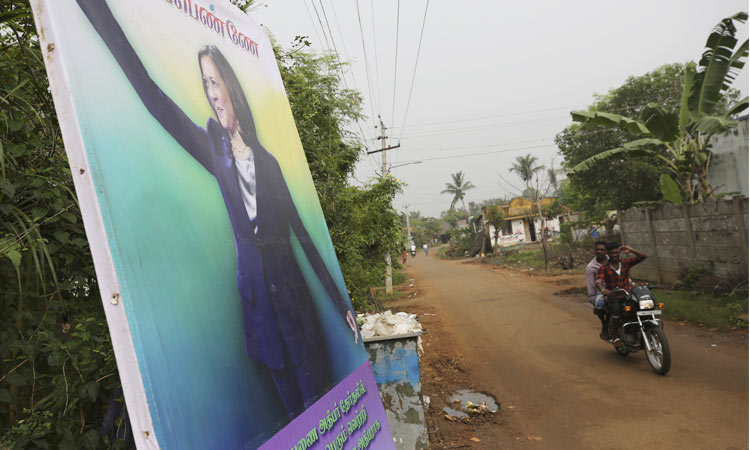 A banner featuring US VP-elect Kamala Harris with a message wishing her the best is displayed in Thulasendrapuram, India. AP

In her maternal grandfather’s hometown of Thulasendrapuram, about 350 kilometres (215 miles) from the southern coastal city of Chennai, people were jubilant and gearing up for celebrations.

“We are feeling very proud that an Indian is being elected as the vice president of America,” said Anukampa Madhavasimhan, 52, a teacher. 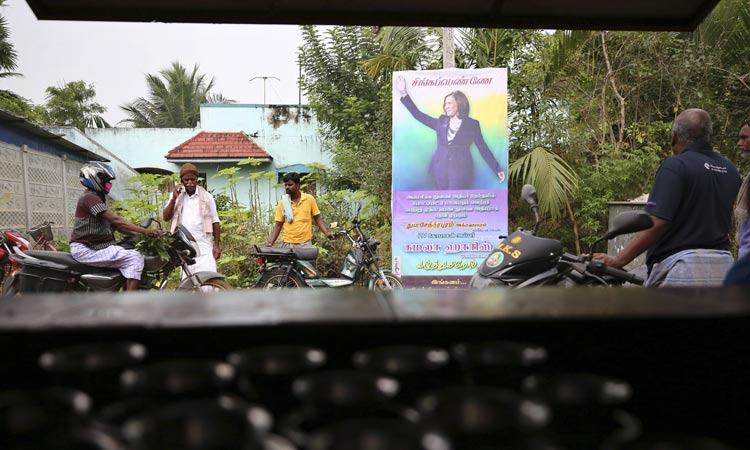 Indian villagers gather outside a local eatery next to a banner featuring US VP-elect Kamala Harris with a message wishing her the best in Thulasendrapuram, India. AP

Harris’ grandfather moved to Chennai, the capital of Tamil Nadu state, decades ago. Harris’ late mother was also born in India, before moving to the US to study at the University of California. She married a Jamaican man, and they named their daughter Kamala, a Sanskrit word for “lotus flower.”

Ahead of the US elections in November, villagers in Thulasendrapuram had pulled together a ceremony at the main Hindu temple to wish Harris good luck. After her win, they set off firecrackers and distributed sweets and flowers as a religious offering.

Posters of Harris from the November celebrations still adorn walls in the village and many hope she ascends to the presidency in 2024. President-elect Joe Biden has skirted questions about whether he will seek reelection or retire.

“For the next four years, if she supports India, she will be the president,” said G Manikandan, 40, who has followed her politically and whose shop proudly displays a wall calendar with pictures of Biden and Harris.

Ahead of the inauguration, special prayers for her success are expected to be held at the local temple during which the idol of Hindu deity Ayyanar, a form of Lord Shiva, will be washed with milk and decked with flowers by the priest.

On Tuesday, an organization that promotes vegetarianism sent food packets for the village children as gifts to celebrate Harris’ success. 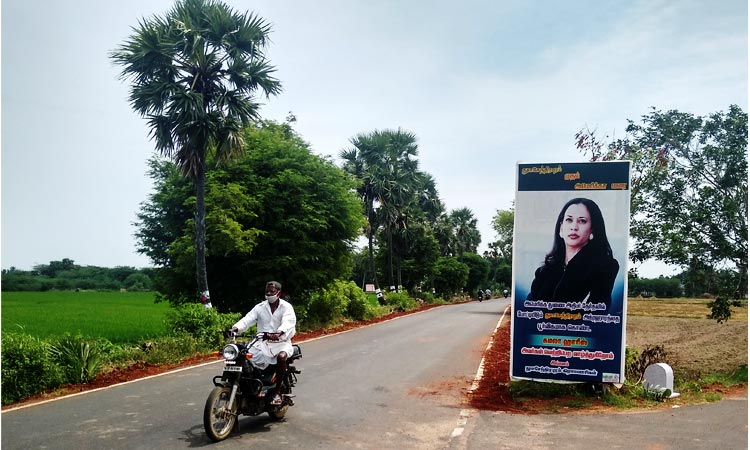 Banners and prayers for Kamala Harris in her ancestral Indian village

A big banner of US vice presidential candidate Kamala Harris welcomes visitors to Thulasendrapuram, a lush, green south Indian village that is praying for her Democratic Party’s victory in the Nov.3 presidential election. 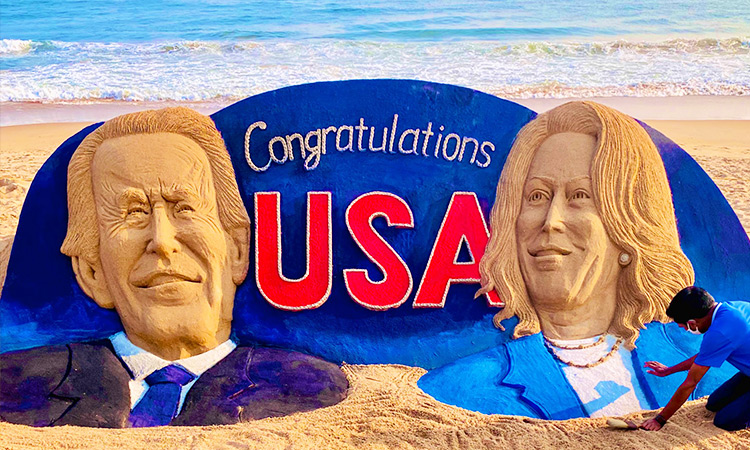 Indian sand artist Sudarsan Pattnaik who is a Padma awardee and has won over 60 international sand art competitions around the world, is a pride of the country. 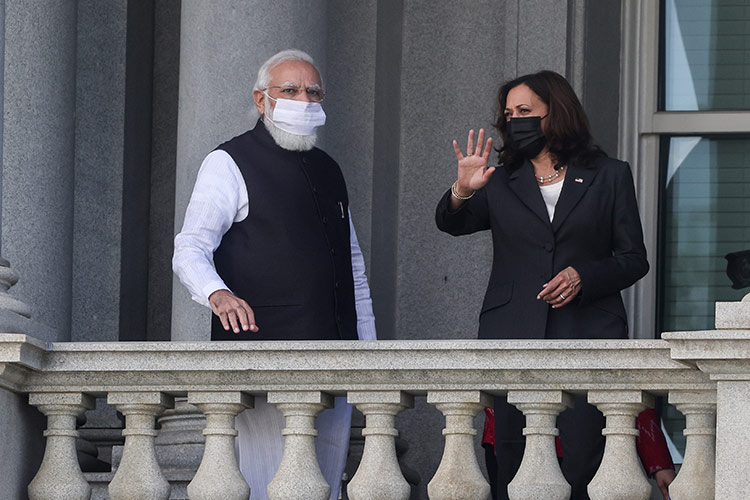 Harris welcomed India's decision to resume exports of the COVID-19 vaccine and said both countries must work together to protect democracies around the world.