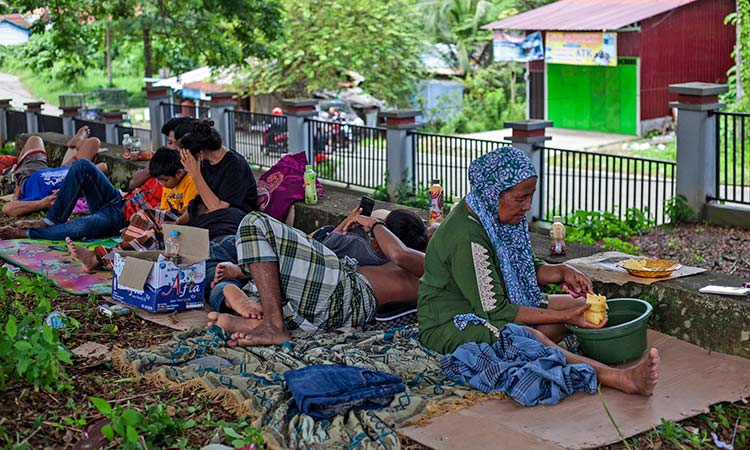 People rest at a temporary shelter for those affected by earthquake in Mamuju, West Sulawesi, Indonesia, on Monday. AP

A powerful earthquake that struck Indonesia's Sulawesi island last week has killed at least 81 people and displaced more than 19,000, the country's disaster mitigation agency said, as search and rescue efforts continued on Monday.

Thousands were left homeless as rescuers raced to find anyone still alive under mountains of rubble, the disaster mitigation agency (BNPB) said on Sunday.

More than 820 people were injured and about 19,000 left their homes after the 6.2 magnitude quake, the BNPB said. Some sought refuge in the mountains, while others went to cramped evacuation centres, witnesses said.

There was also significant damage to hundreds of homes, a mall, a hospital and several hotels.

With thousands displaced, authorities were also working to stem the spread of the coronavirus among evacuees, including by conducting rapid antigen tests, the official said.

Hospitals were overrun with hundreds of injured after the 6.2-magnitude quake struck in the early hours of Friday, triggering panic among residents of the island, which was hit by a 2018 quake-tsunami disaster that killed thousands. 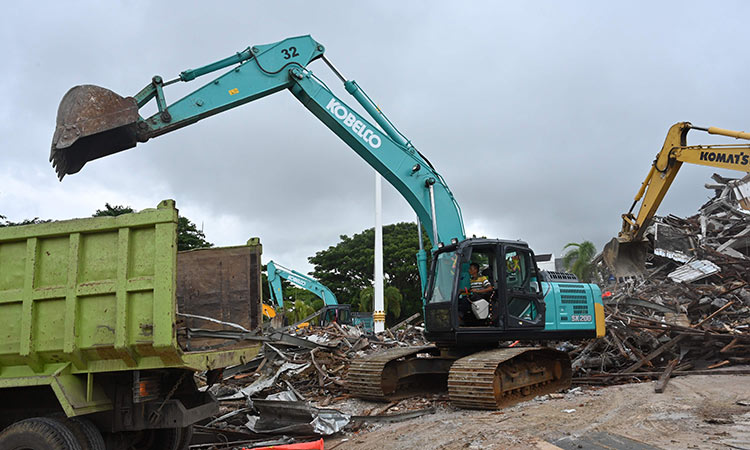 Workers use excavators to clear away debris in Mamuju on Sunday. Adek Berry/AFP

Rescuers have spent days hauling corpses from beneath crumpled buildings in Mamuju, a city of 110,000 people in West Sulawesi province, where a hospital was flattened and a shopping mall lay in ruins.

Others were killed south of the city.

The official death toll stood at 60 — up from 46 on Saturday — but the count could still climb.

Aerial images from the devastated seaside city showed buildings reduced to a tangled mass of twisted metal and chunks of concrete, including the regional governor's office.

It was unclear how many more bodies could be under the debris, or if there was anyone still trapped but alive more than two days after the disaster.

Authorities have not given a figure for how many survivors have been rescued.

A pair of young sisters plucked from under the mass of concrete and other debris were treated in hospital.

Meanwhile, corpses were recovered from under a collapsed hospital, while five members of a family of eight were found dead in the crumpled remains of their home. 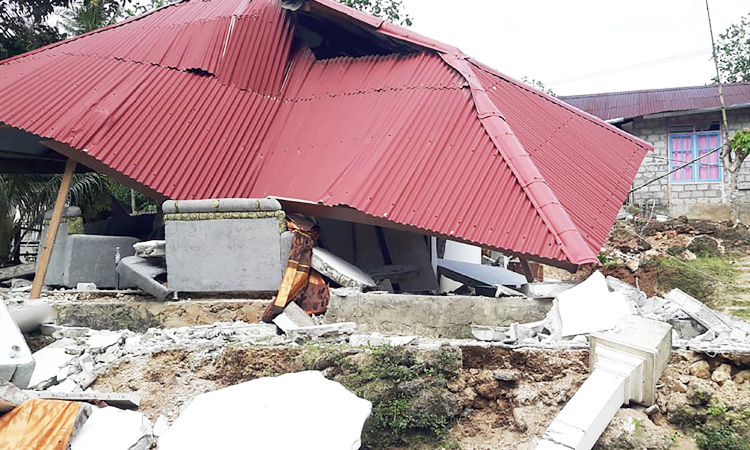 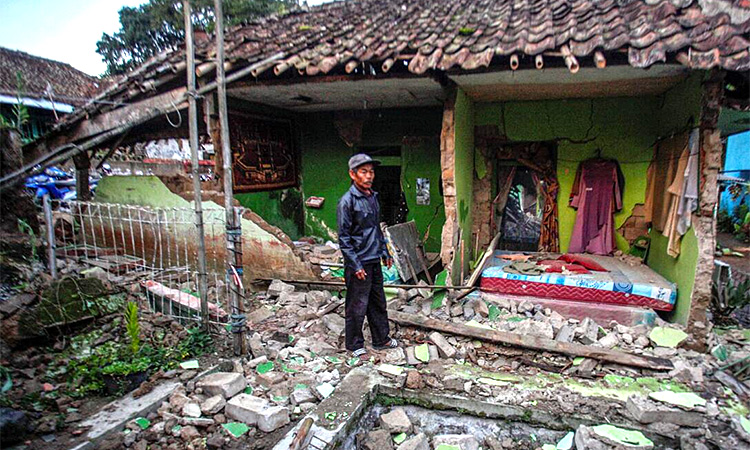