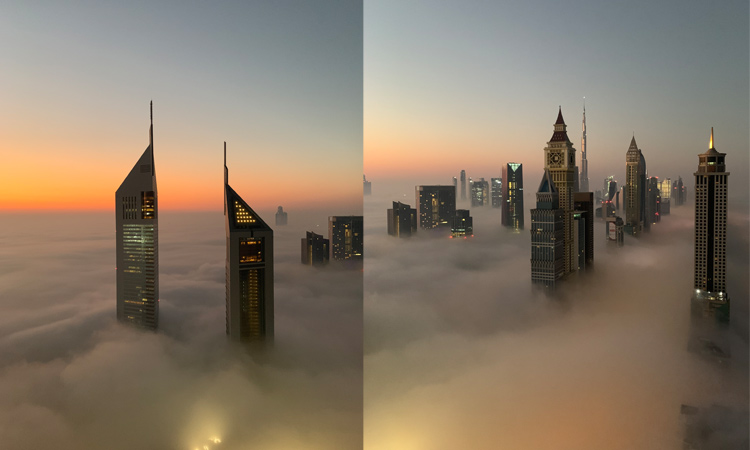 Buildings in the Dubai skyline were enveloped by fog on Sunday. Twitter photo

Thick fog engulfed various parts of the country on Sunday morning, dimming the horizontal visibility to a very low level in the inland and middle areas. It prevailed across Sharjah, Dubai and Abu Dhabi-Al Ain Road.

There were huge tailbacks; for instance, there was bumper-to-bumper traffic in several areas of Sharjah. 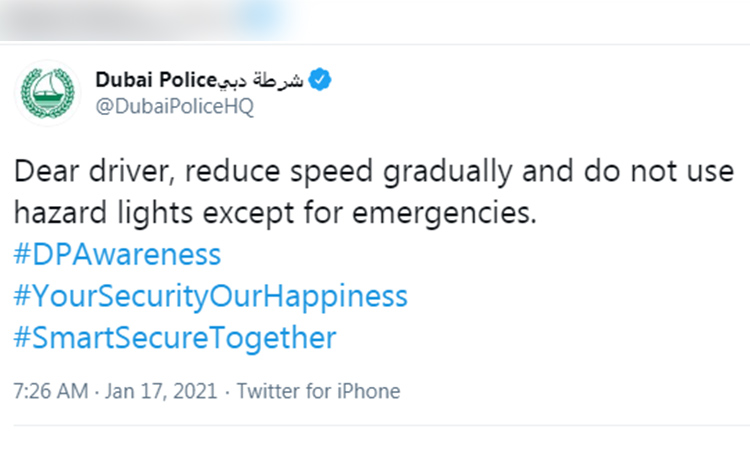 The National Centre of Meteorology (NCM) has issued warnings over the fog and the poor horizontal visibility caused by it, appealing to the motorists driving on external or internal roads leading to those areas to be careful and abide by traffic rules. 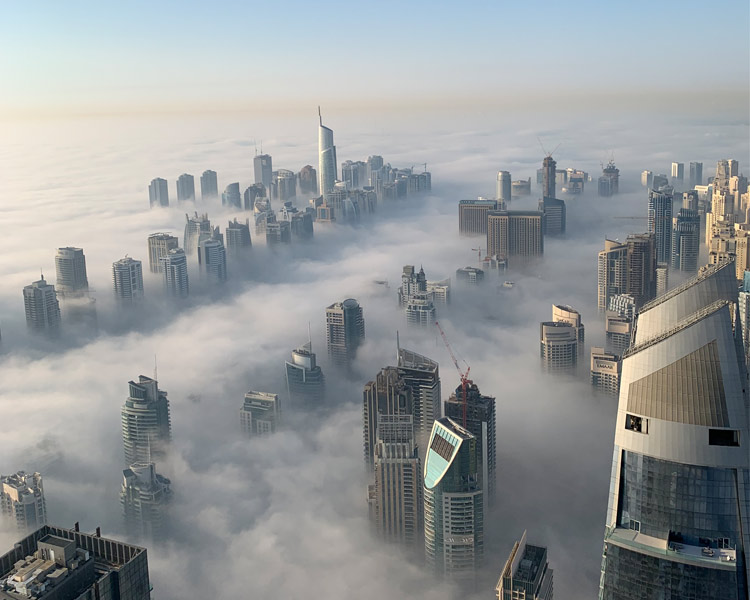 Buildings in the Dubai skyline were enveloped by fog. 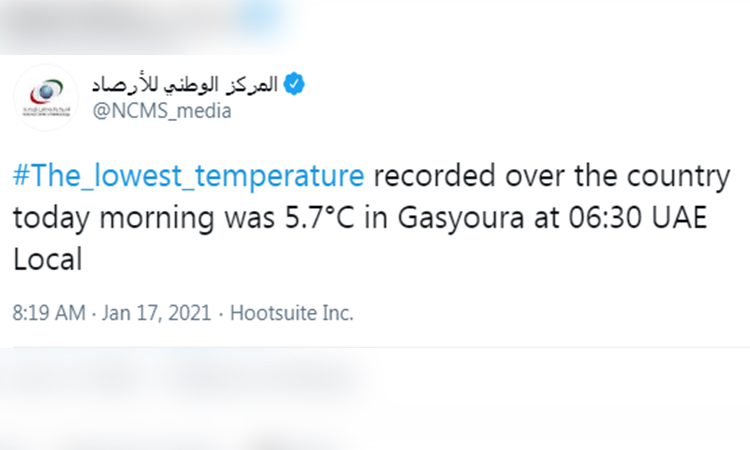 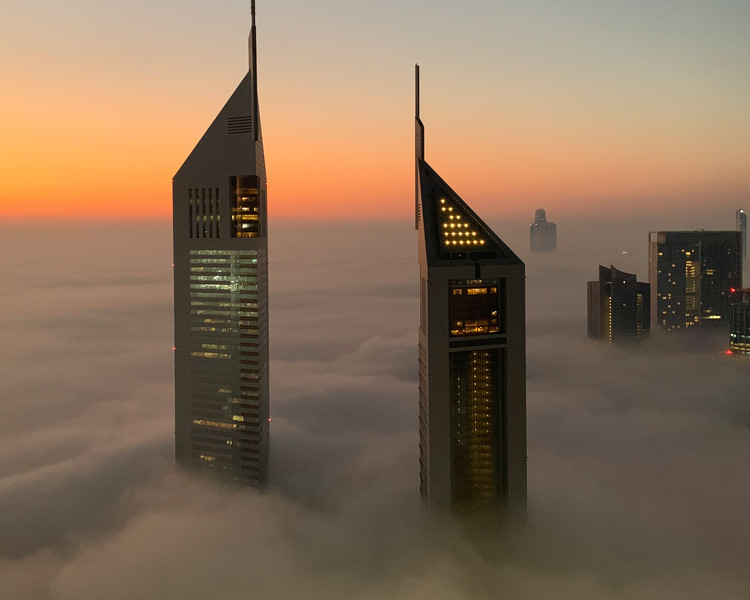 An aerial view of the Sheikh Zayed Road in Dubai.

The modified speed during fog formation is the regular speed on roads until horizontal visibility is clear. 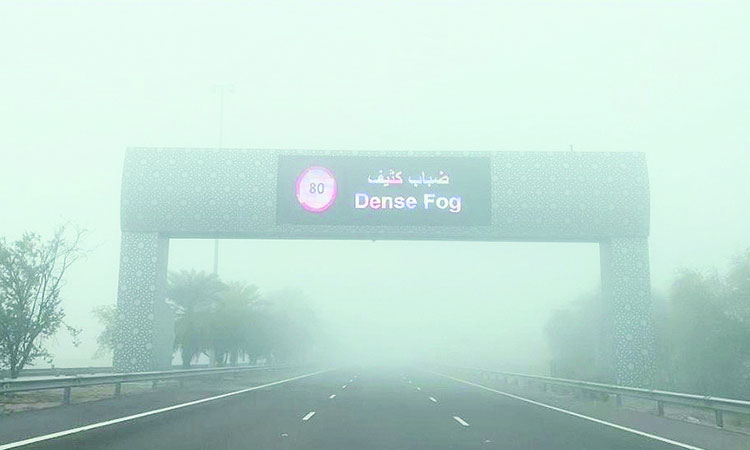 The fog began to form on Al Falah, Madinat Zayed, Mezaira’a and Habshan in Al Dhafra Region, on Al Ajban and Sheikh Khalifa Bin Zayed International Road towards Abu Al Abyad, on Al Bahia Road towards Ghantoot and a number of other areas, the NCM said.