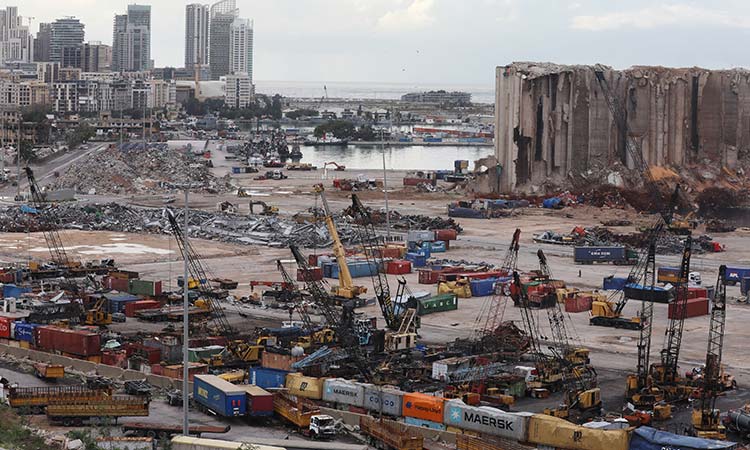 A view shows the site of the August 4, 2020 explosion at Beirut port, Lebanon. File/Reuters

The company that bought the ammonium nitrate which exploded in Beirut last August had possible links to two Syrian businessmen under US sanctions for ties to President Bashar Al Assad, according to a report by a Lebanese journalist and London company filings.

Savaro Ltd, the trading firm which procured the chemicals in 2013, shared a London address with companies linked to George Haswani and Imad Khoury, according to the report by documentary film-maker Firas Hatoum, which aired on Lebanon's Al Jadeed TV station this week.

Haswani, Khoury and his brother Mudalal Khoury have all been sanctioned by Washington for supporting Assad's war effort. All three are joint Syrian-Russian nationals, according to the US sanctions list and a database that gathers data from official Russian institutions. 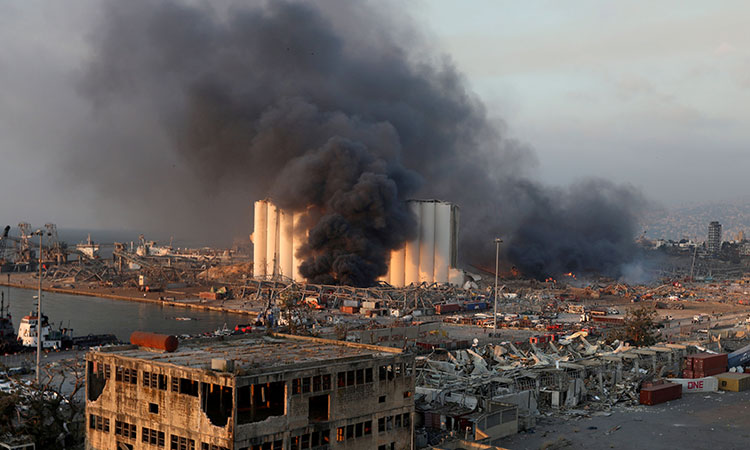 Smoke rises from the site of an explosion in Beirut's port area, Lebanon on August 4, 2020. File/Reuters

The US Treasury accused Mudalal Khoury in 2015 of "an attempted procurement of ammonium nitrate in late 2013". It sanctioned his brother Imad a year later for engaging in business activities with Mudalal. Haswani was sanctioned in 2015 on charges of helping Assad's government to buy oil from Daesh militants, which he has denied.

In reviewing filings with Companies House, the UK's companies registry, Reuters found that Savaro and Hesco Engineering and Construction Company Ltd, a firm subject to US sanctions for its links to Haswani, both moved their corporate registers — official company records — to the same London address on June 25, 2011.

That address was also the registered office for IK Petroleum Industrial Company Ltd, in which Imad Khoury was a director, the filings show.

Dozens of companies can share listed addresses and such links do not necessarily prove company owners are connected. But it is rare for firms to move their registers, particularly to the same address on the same day, according to a Reuters review of filings by hundreds of companies. 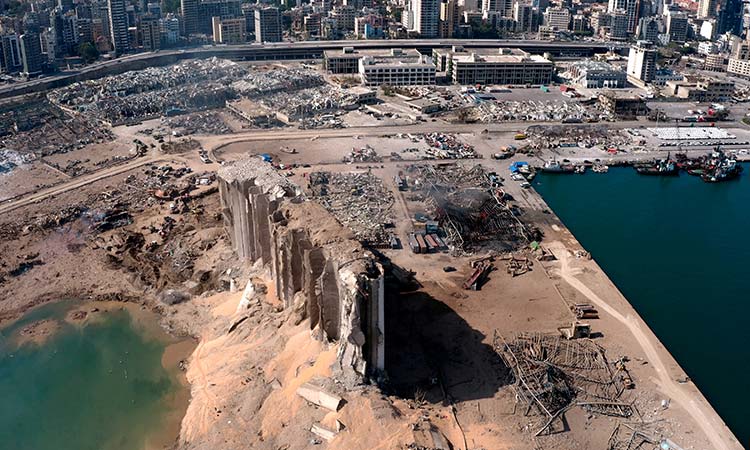 A still image taken from a drone footage shows the damage after an explosion in Beirut's port area. File/Reuters

Reuters located the agent which had helped register Hesco, but it did not respond to attempts to seek comment about Hesco's relationship with Savaro. Reuters could not determine if Haswani controlled Savaro, which might have provided a possible indication of his involvement in the procurement of the ammonium nitrate which exploded in Beirut.

Imad Khoury denied links to Savaro. "There is a registrar in London, many companies are registered by it, not just mine," he told Reuters. "I don't know this Savaro."

Mudalal Khoury said there was "no logic" behind laying blame for the Beirut explosion on a company registered at a London address where many others are also registered.

Reuters could not reach Haswani for comment. His son told Reuters in Moscow that his father was unlikely to comment on allegations of links to the chemicals because they are "total nonsense".