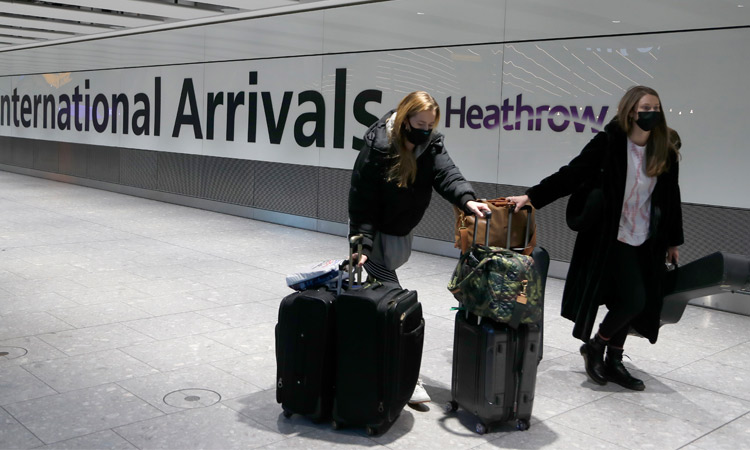 Travellers arrive at Heathrow Airport in London on Sunday. AP

Britain's government said on Sunday it is looking at requiring all incoming travellers to isolate in hotels, expanding on new coronavirus restrictions entering into force in the coming hours.

All arrivals to the UK will have to quarantine and show negative tests for COVID-19 from Monday at 0400 GMT, after the government scrapped "travel corridors" from countries with lower caseloads following the emergence of new strains. 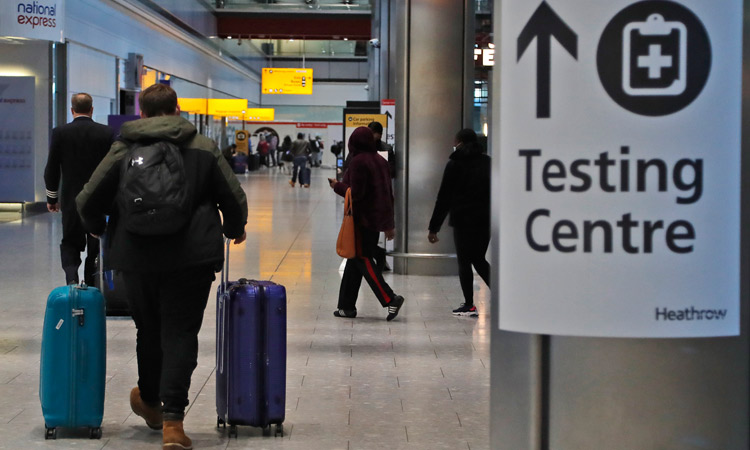 Travellers walk towards the virus testing centre at Heathrow Airport in London. AP

The Sunday Times said the government planned to go further, emulating countries such as Australia and New Zealand in requiring travellers to self-isolate in hotels at their own charge, using GPS and facial-recognition technology to check they are staying put.

"There is a challenge of its workability, its deliverability, but we need to look at that very carefully based on the experience of other countries," Foreign Secretary Dominic Raab told BBC television.

The measures taking effect on Monday come after Britain banned all arrivals from South America and Portugal on Friday over fears of importing a new coronavirus variant from Brazil.

All travellers including returning Britons must show a negative test on arrival and must then quarantine. But for now, the choice of where they self-isolate is up to them, and critics say many passengers have been flouting the quarantine restrictions already.

Faced with surging infection rates, all of Britain is under tough lockdown restrictions and people are supposed to stay at home except for reasons such as work, childcare and exercise. 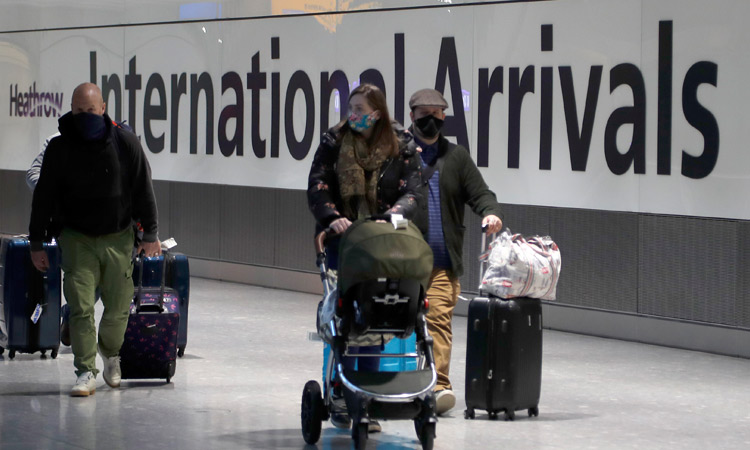 It is banking on a mass vaccination programme to get the pandemic under control, and Raab indicated that all UK adults would be offered a first dose by September.

Another 1,295 deaths related to COVID-19 were reported on Saturday, the third-highest daily total since the pandemic began early last year, worsening one of the worst tolls in the world.

New infections stood at 41,346, the lowest figure for January so far, but the National Health Service (NHS) warns it is under unprecedented strain with some critical patients in hard-pressed London being transferred as far afield as Newcastle in northern England.

"The forecasts are the pressures will only get more intense in hospitals over the next several weeks," NHS England chief Simon Stevens told the BBC.

But the rate of daily vaccinations is outstripping new infections by four times, he said, and Health Secretary Matt Hancock told the Sunday Express that Britain is "nearly on the home straight" of overcoming the pandemic. 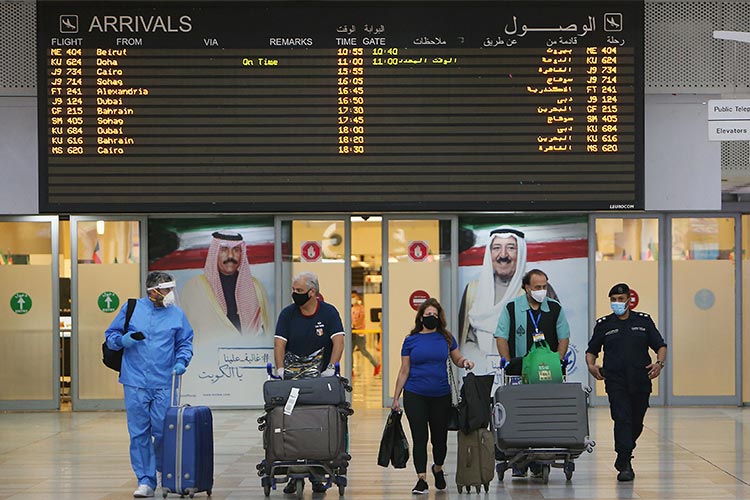 Kuwait to allow entry of fully vaccinated foreigners from Aug.1

Government spokesman Tareq Al Mizrem said foreign travellers will need to have been fully inoculated with one of the four vaccines that the Gulf country has approved — Pfizer/BioNTech, AstraZeneca, Moderna and Johnson & Johnson. 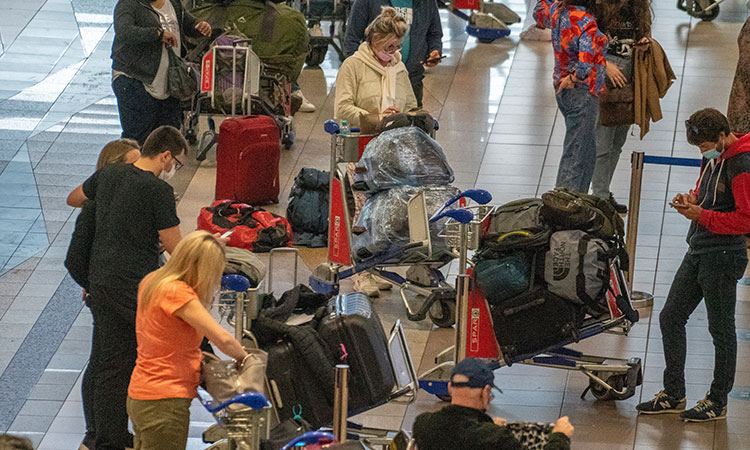 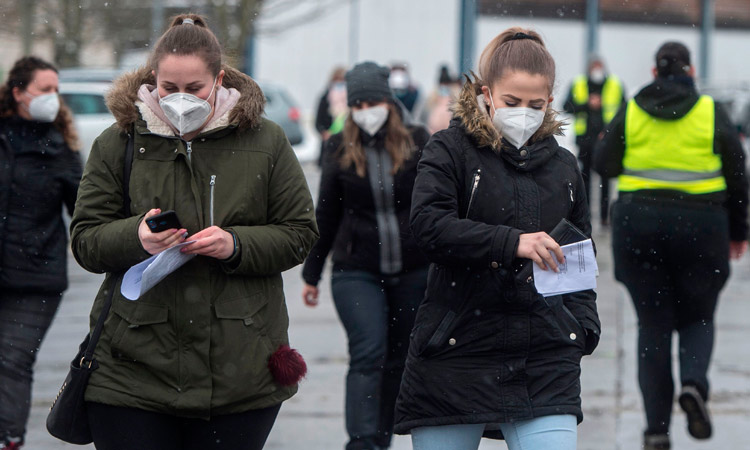