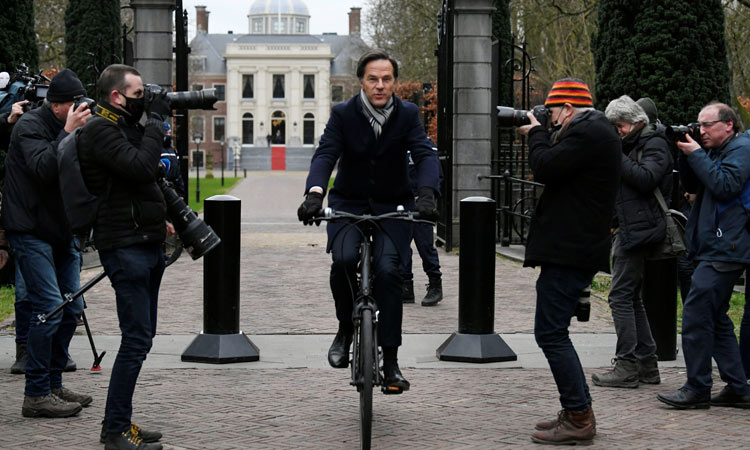 Dutch Prime Minister Mark Rutte and his entire cabinet resigned on Friday to take political responsibility for a scandal involving investigations into child welfare payments that wrongly labeled thousands of parents as fraudsters.

In a nationally televised speech, Rutte said he had informed King Willem-Alexander of his decision and pledged that his government would continue work to compensate affected parents as quickly as possible and to battle the coronavirus.

"We are of one mind that if the whole system has failed, we all must take responsibility, and that has led to the conclusion that I have just offered the king, the resignation of the entire Cabinet,” Rutte said.

The move was seen as largely symbolic; Rutte’s government will remain in office in a caretaker mode until a new coalition is formed after a March 17 election in the Netherlands. 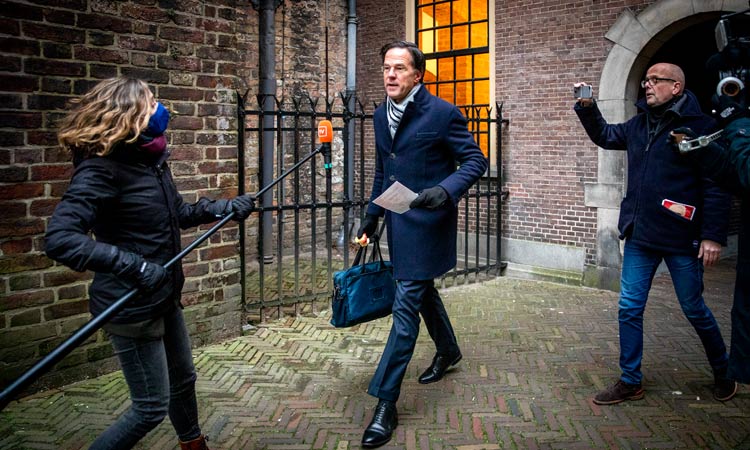 Mark Rutte is surrounded by the press as he arrives before the Council of Ministers at the Binnenhof in The Hague. AFP

The Netherlands is the third European country thrown into political uncertainty this week in the midst of the coronavirus crisis. In Estonia, the government resigned over a corruption scandal, while Italian Premier Giuseppe Conte’s governing coalition is at risk of collapse after a small partner party withdrew its support.

Rutte said earlier this week that his government would be able to keep taking tough policy decisions in the battle against the coronavirus even if it were in caretaker mode. The Netherlands is in a tough lockdown until at least Feb. 9, and the government is considering imposing an overnight curfew amid fears about new, more contagious variants of the virus.

"To the Netherlands I say: Our struggle against the coronavirus will continue,” Rutte said.

On Thursday, the leader of the Dutch opposition Labour Party stepped down because he was minister of social affairs in a governing coalition led by Rutte when the country’s tax office implemented a tough policy of tracking down fraud with child welfare.