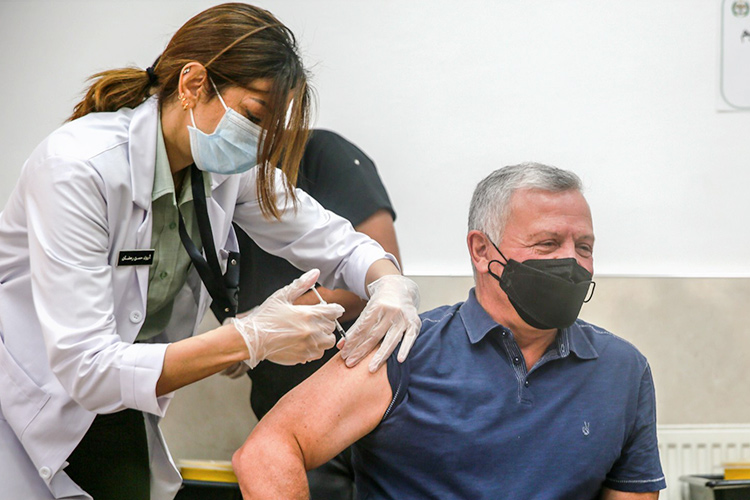 King Abdullah II receiving the vaccine for the coronavirus in Amman. AFP

Jordan's King Abdullah II received a COVID-19 vaccine jab on Thursday, a day after the country launched its inoculation campaign.

Jordan kicked off its COVID-19 vaccinations on Wednesday with injections for healthcare workers, people with chronic illnesses and those over the age of 60.

Last week the kingdom announced it had approved China's Sinopharm vaccine for emergency use after giving the green light to the US-German Pfizer-BioNTech vaccine.

Jordan's Prime Minister Bisher Al-Khasawneh and several members of the government received the Chinese vaccine during its testing phase, the health ministry said on Sunday. 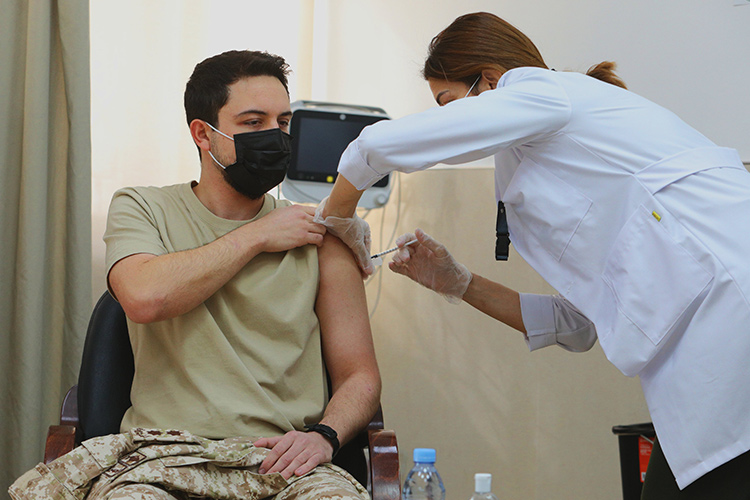 The health ministry on Thursday said the total number of cases of a more contagious variant first identified in England had risen to 25, with most of them people who arrived in Jordan from abroad.

The government has said it hopes to vaccinate a quarter of the country's 10 million inhabitants, and the jab would be given free of charge to Jordanians and foreign residents.