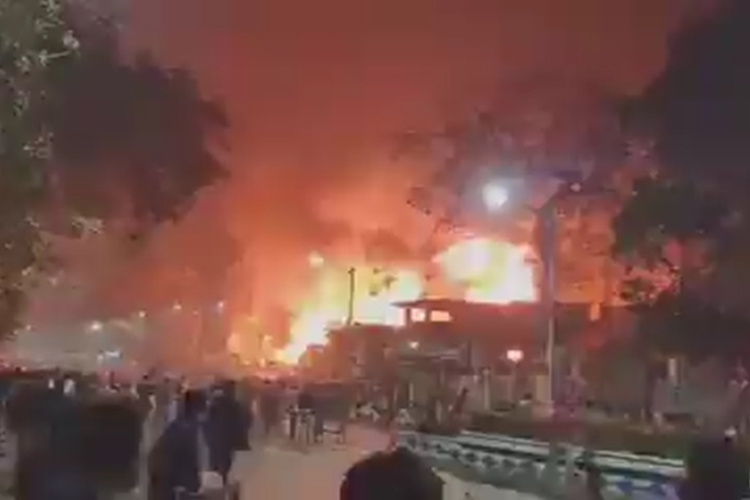 A massive fire broke out in an aristocratic area of Kolkata, India, on Wednesday evening.

Local media reported at least 20 fire tenders were at the site of the inferno. Fire officials said that dozens of houses have been damaged in the fire.

Asian News International tweeted, “Fire breaks out at a colony in Baghbazar area of Kolkata, eight fire tenders present at the spot…” Authorities are evacuating the area.

Fire tenders are trying to control the blaze from spreading it to other buildings.