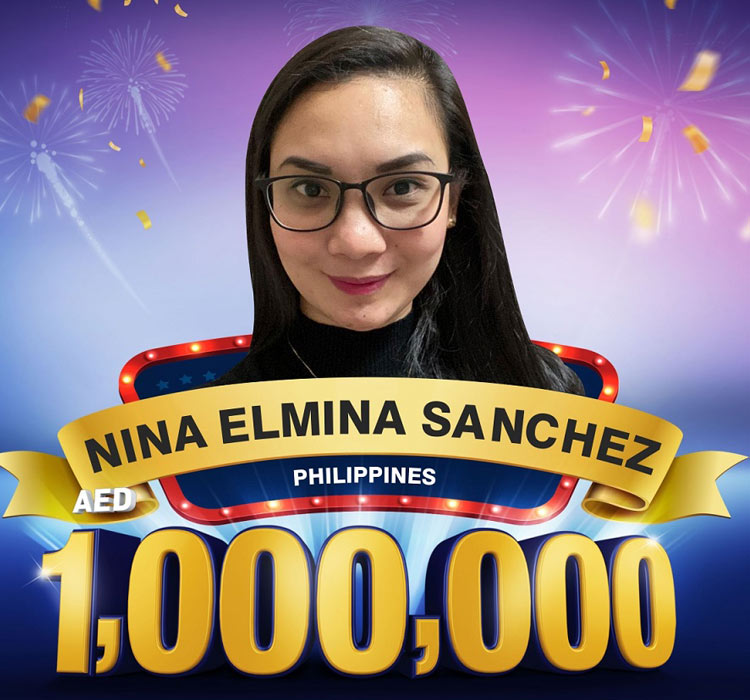 The UAE-based foreign exchange and worldwide money transfer company, Al Ansari Exchange, announced the seventh millionaire during a live draw in Dubai for their 2020 Winter Promotion, the latest edition of the biggest cash reward in the industry.

The lucky winner Nina Elmina Sanchez, 32-year-old, from the Philippines working as a guest service agent in a hotel, became a millionaire after transferring Dhs186 to support her father back home.

Sanchez, the grand prize winner, said: “I have been in the UAE for a year only and the last thing I expected was to be become a millionaire. What a great start for 2021, thank you Al Ansari Exchange for giving me this opportunity and changing my life.”

Three Indians, Akhil Mohan Kumar was also announced as the winner of a brand new Lexus car and Nirmal Kumar Bishan and Jitendra Pandey each won half a kilogramme of gold.

Representatives from Dubai Economic Department and Al Ansari Exchange’s management were present at the event, which was broadcast live on the company’s social media platforms.

Mohammad Bitar, Deputy Chief Executive Officer of Al Ansari Exchange, said: “This was a challenging year for everyone, and as a way to thank our loyal customers we have gone ahead with our 7th Millionaire promotion.

"Congratulations to our new millionaire and to all the winners. We were truly overwhelmed this year by the number of participants. We would like to thank the Department of Economic Development, Bank Al Falah, our sponsor for this promotion, and of course our valuable customers for their continued support.”