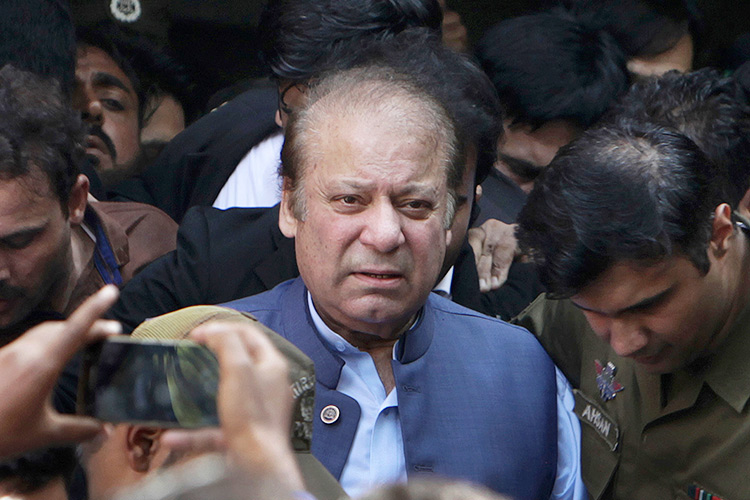 The owner of international asset recovery firm Broadsheet LLC also claimed that the Pakistan government doesn’t want to pursue the “$1 billion” in an account that it has detected.

It said it had told Prime Minister Imran Khan’s accountability czar Barrister Shahzad Akbar in 2018 about an account it was aware of with a whopping “$1 billion” but that he (Akbar) didn’t want to pursue it.

Iranian-born British lawyer Moussavi, who owned the Broadsheet, made this disclosure in an interview with a UK-based web channel, dedicated to Pakistani news.

He claimed he also told Akbar in 2018 about an account he was aware of with a whopping “$1 billion” but that the PM’s aide didn’t want to pursue it.

“I met a Pakistani general in London [on this issue] and we discussed it — I’ve given an affidavit to the UK’s National Crime Agency on this — but they [Pakistani government] completely ignored that information.”

Moussavi claimed he had also alerted the 2017 government to this purported billion-dollar account but got no response.

He spoke about the beginnings of his firm’s relationship with the Musharraf regime as well as his attempts to offer his now liquidated company’s services to subsequent governments.

Nearly $29 million retrieved from the Pakistan government are now in an account in the Isle of Man, where the company is registered since 2000, Moussavi confirmed.

The same year the firm was hired by the Musharraf government to retrieve alleged illegal offshore assets of Pakistani politicians and businessmen.

His payment under the asset recovery agreement was contracted at 20 per cent of the recovery from each “target,” the term used for those being probed.