Three Australian cities told to get coronavirus tests and isolate 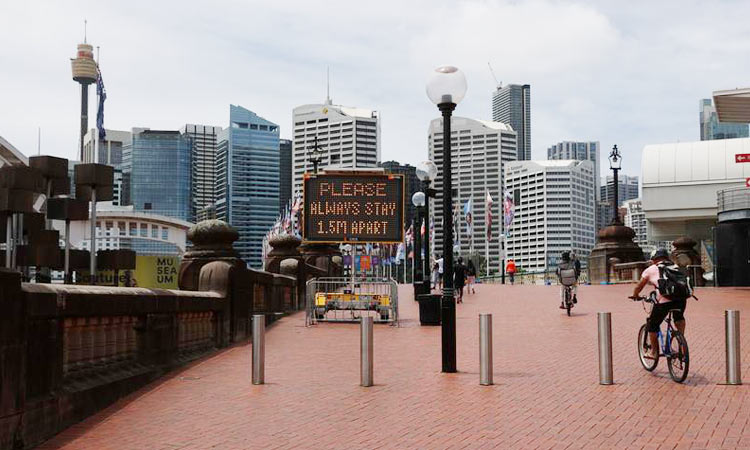 A public health warning message is posted amidst the tightening of rules to curb the spread of the virus in Sydney. File/Reuters

Australia had largely eliminated community transmission but is currently battling to contain small clusters of the disease in the country's biggest cities, Sydney and Melbourne.

As concerns grew that a Sydney cluster may have spread to regional areas after a visitor from the city tested positive.

Concerns over the extent of the Sydney cluster saw authorities ban residents from several suburbs from attending a Dec.7 Australia-India cricket test in Sydney, and again called for widespread testing for even the mildest of symptoms.

Sydney is battling a number of clusters, the most concerning in its western suburbs which has been linked to a liquor outlet frequented by possibly thousands of people over the Christmas period. 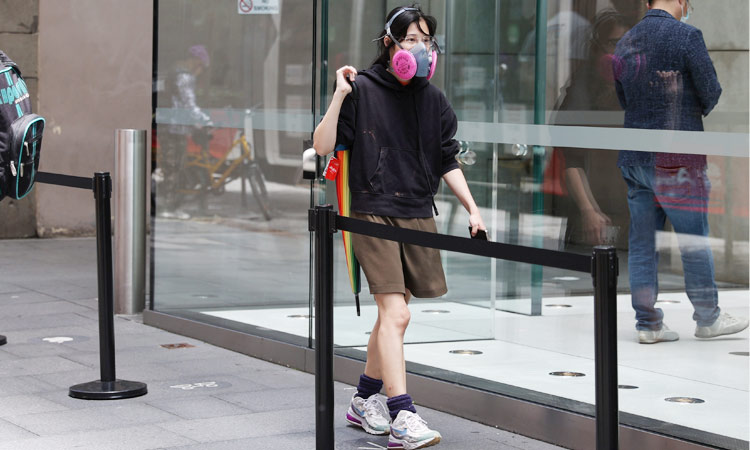 A person wearing a protective respirator enters a queue in the city centre in Sydney, Australia. File/Reuters

New South Wales (NSW) state, the epicentre of Australia’s latest outbreak, on Tuesday said it had detected four new local cases of COVID-19 in the past 24 hours, one in a man who travelled from Sydney to the outback town of Broken Hill.

“This is a reminder of what can occur for people who are moving out of Sydney. We said clearly in the past, if you have any symptoms, if you are concerned, you should limit your mobility,” acting NSW Premier John Barilaro told reporters in Sydney.

Barilaro urged people in three regional NSW cities, which the infected man visited, to get a COVID-19 test and isolate while awaiting a test.

NSW has recorded nearly 200 cases in the recent Sydney outbreaks, though infections have largely been confined to just a few suburbs.

The state has imposed new social distancing restrictions and mandated the wearing of masks in shopping centres and on public transport or face a A$200 ($154) fine.

NSW has been effectively isolated from the rest of Australia after other states and territories closed borders or imposed 14-day mandatory quarantine rules.

Australia shut its international borders in March to all non-citizens and permanent residents. Those allowed to enter must enter a 14-day hotel quarantine.

Australia has reported just over 28,500 coronavirus cases and 909 deaths. 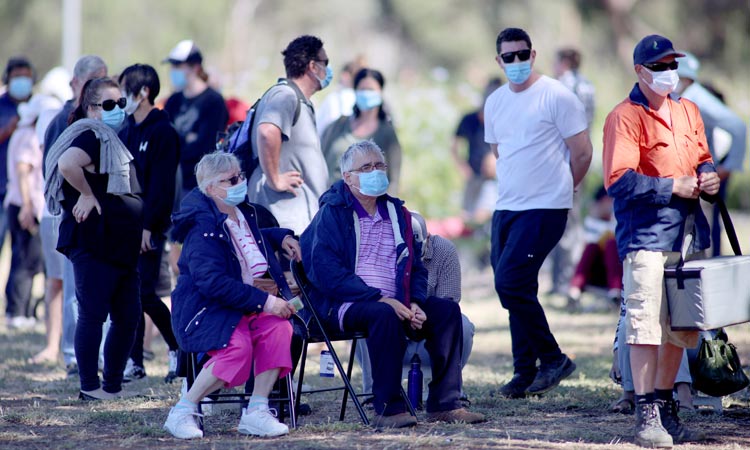 South Australia Premier Steven Marshall said testing had identified five new cases in the past 24 hours, while 14 people were suspected to be infected and were awaiting test results. 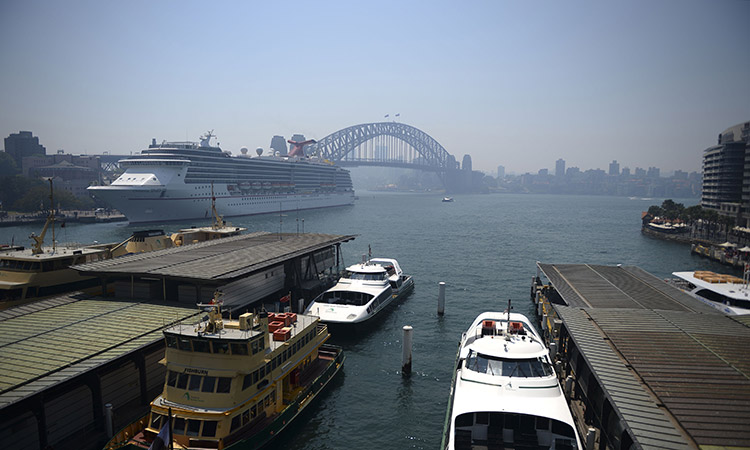 Residents coughed and spluttered their way around Australia's largest metropolis Thursday, as a bank of smoke from rural bushfires enveloped the city, prompting health warnings.