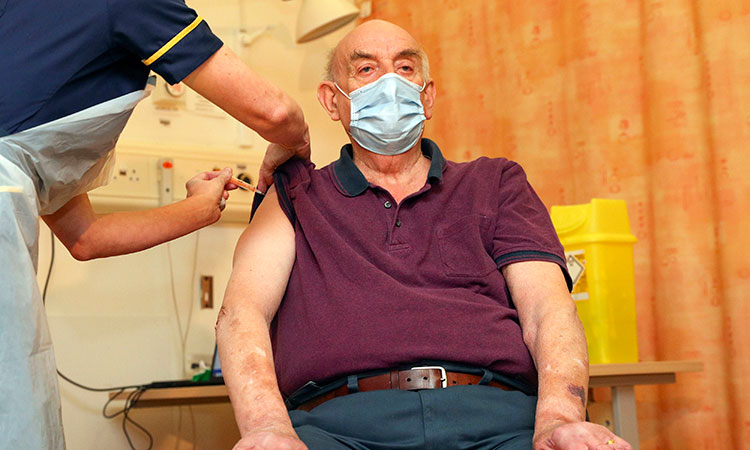 Britain on Monday began rolling out the Oxford-AstraZeneca coronavirus vaccine, giving the shot to Brian Pinker, an 82-year-old dialysis patient, at a hospital a few hundred metres away from where the vaccine was developed.

Researchers said that the AstraZeneca vaccine, a possible game-changer in fighting the disease worldwide, has raced to inoculate millions with a homegrown prophylactic.

Dubai begins vaccination for frontliners and employees in government sector

Coronavirus vaccine is optional in the UAE, says health ministry

Pinker, a retired maintenance manager, paid tribute to the scientists who had developed the shot, saying he was looking forward to celebrating his wedding anniversary.

“I am so pleased to be getting the COVID vaccine today and really proud that it is one that was invented in Oxford,” he said in a statement released by the health service.

“The nurses, doctors and staff today have all been brilliant and I can now really look forward to celebrating my 48th wedding anniversary with my wife Shirley later this year.” 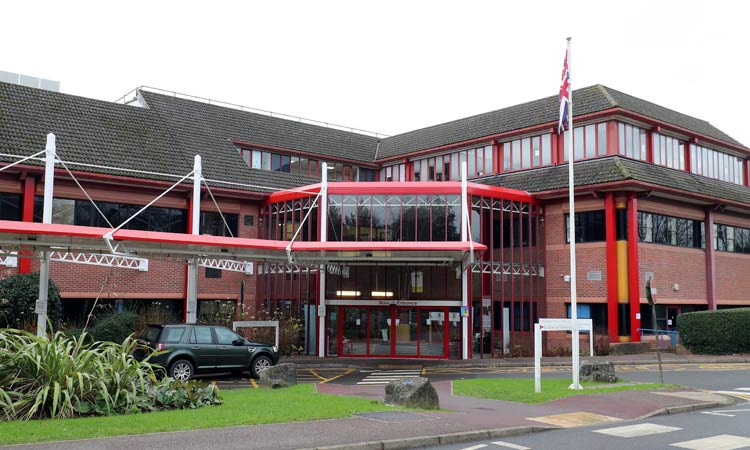 The vaccine, developed by AstraZeneca and the University of Oxford, is seen as a game-changer by many experts because it does not require very cold temperatures for storage like the ones from Pfizer-BioNTech and Moderna.

Andrew Pollard, the head of the Oxford Vaccine Group and chief investigator into the trial of the shot, also received the vaccine, the National Health Service (NHS) said. 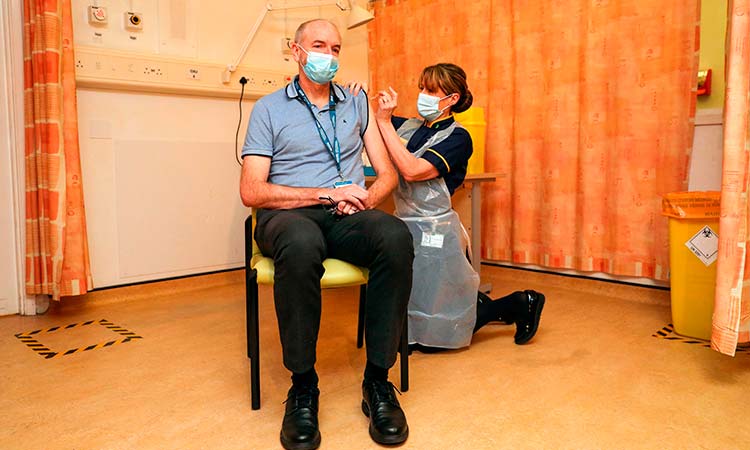 British Health Secretary Matt Hancock tweeted that he was "delighted that today we roll out the @UniofOxford / @AstraZeneca vaccine across the whole UK."

"It's a vital step in our fight against this pandemic," he said.

"We can see the way ahead in terms of a route forward, we can see how we can get out of this. But we do have a tough period ahead," Prime Minister Boris Johnson said Sunday.

Britain has already vaccinated around one million people after approving the Pfizer vaccine in early December and hopes to give shots to tens of millions in the next three months, Johnson said in a BBC interview.

Vaccinations were also under way in Europe, while thousands lined up in Beijing to receive shots as Chinese authorities raced to inoculate millions ahead of the Lunar New Year mass travel season in February.

Beijing has already administered around 4.5 million doses of largely unproven emergency vaccines this year -- mostly to health workers and other state employees destined for overseas jobs, according to authorities.