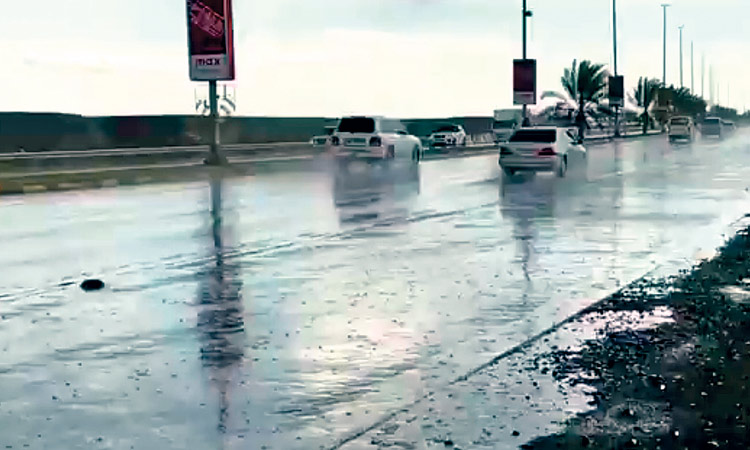 Light to moderate rain started to fall on Al Qariyah and Qirat in Fujairahain lashes parts of Fujairah.

Rain witnessed in different areas of the UAE on Friday. The rain began at 11:10am, due to a weak surface pressure accompanied with an extension of an air height in the upper layers. This resulted in unstable weather conditions.

The lowest temperature 6.4°C was recorded on Jebel Jais in Ras Al Khaimah on Friday morning at 6:45.

The National Centre of Meteorology (NCM) appealed to individuals to exercise caution while driving during rain fall, and with reduced horizontal visibility, due to the formation of fog in some western interior areas. NCM also advised to stay away from places where water collects and valleys run.

The centre expected Saturday weather to be generally clear to partly cloudy, with low clouds in the west, with the possibility of light rain.
It was also expected that the weather would be wet on Sunday morning and night, in the interior regions.

Winds, according to the centre, will be easterly to the northwest, moderate in general, brisk at times, with speed ranging from 15 to 25, reaching 35 km/h.
The sea is expected to be light to moderate in the Arabian Gulf, and in the Sea of Oman.

For Sunday weather, it is expected to be partly cloudy in general, and sometimes cloudy on the sea, islands and some coastal and interior areas, with the possibility of rain.