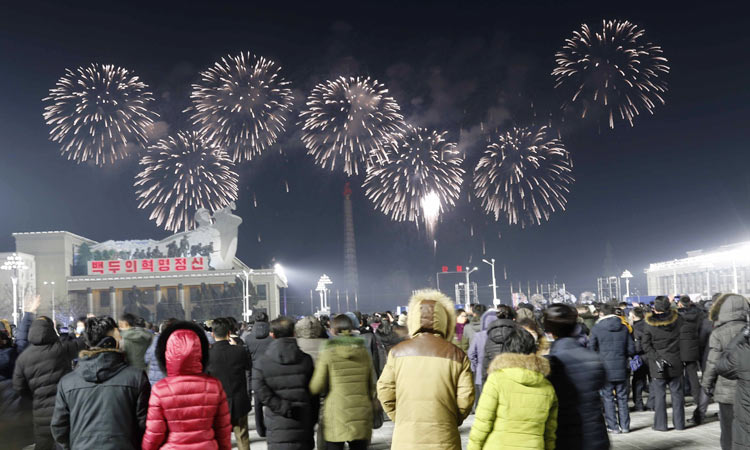 A fireworks display decorates the night sky to celebrate the New Year, as crowds of people look on, at Kim Il Sung Square in Pyongyang. AP

North Korean leader Kim Jong Un thanked the public for their trust and support “in the difficult times” and wished them happiness and good health in his first New Year’s Day cards sent to his people.

Kim usually gives a televised speech on Jan.1, but he is widely expected to skip it this year since he will address the country’s first ruling party congress in five years sometime in early January.

“I will work hard to bring earlier the new era in which the ideals and desires of our people will come true,” Kim said in his letter, according to the Korean Central News Agency.

“I offer thanks to the people for having invariably trusted and supported our party even in the difficult times,” he said. “I sincerely wish all the families across the country greater happiness and beloved people, good health.”

North Korea is one of the world’s most cloistered countries, and it’s virtually impossible to independently confirm whether all its 25 million people received Kim’s cards. The cards reportedly were the first a leader sent to North Koreans since 1995. 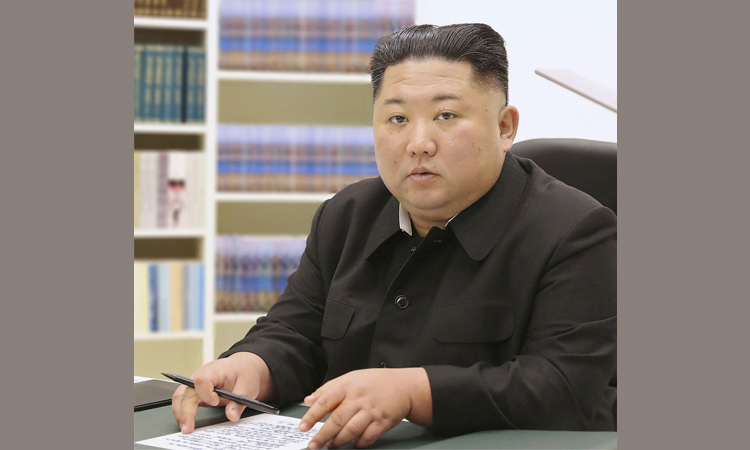 Kim, who succeeded his father as North Korean leader in late 2011, is facing the toughest challenges of his nine-year rule due to the pandemic, several natural disasters last summer and persistent US-led sanctions amid a diplomatic impasse over his nuclear program.

Kim will likely use the Workers’ Party congress as a venue to muster a stronger unity and lay out new development goals for the next few years.

North Korea’s pandemic-related border closure with China, its biggest trading partner, is hurting the economy. Bilateral trade volume in the first 11 months of 2020 plunged by about 79% from the same period in 2019, analyst Song Jaeguk at Seoul’s IBK Economic Research Institute said.

The congress, the first since 2006, is officially the party’s top decision-making body though real day-to-day decisions are made by Kim and his close associates. The rubber stamp body of delegates is expected to endorse Kim’s new initiatives without major debates.

State media didn’t say when exactly the meeting will take place. In 2006, the congress was held for four days.

North Korea has steadfastly claimed to be coronavirus-free - an assertion doubted by outsiders. But experts also say any outbreak likely wasn’t widespread and so North Korea considered it safe to hold big events like the party congress in Pyongyang.

Also Friday, North Korea said it has successfully completed “an 80-day battle,” a productivity campaign it often launches to press citizens to work extra hours and report bigger production numbers ahead of major political events. During the congress, experts say North Korea will likely underscore building a stronger self-reliant economy to tackle the difficulties in an attempt to squeeze people to work harder.

KCNA said “the all-people advance by dint of self-reliance” achieved “a proud victory of the historic 80-day battle.” It said the North Koreans have either fulfilled or exceeded newly set quotas at factories, mines, farms, flooding recovery works, anti-coronavirus steps and various other areas.