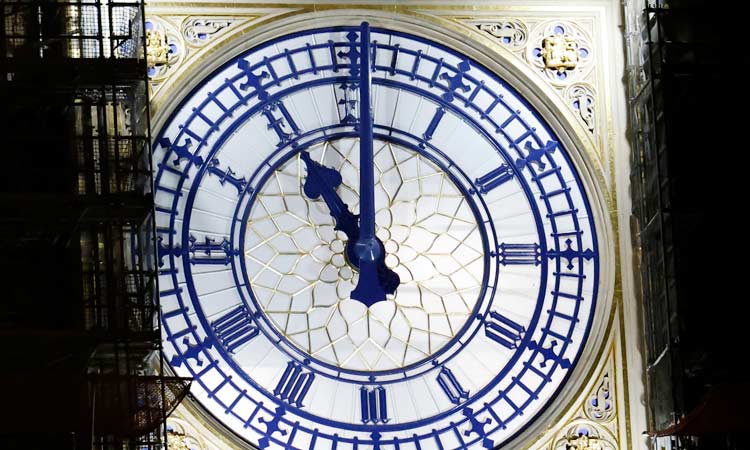 The clock-face on the Elizabeth Tower in London shows 2300 (GMT) as Britain officially leaves the EU trading block on New Year’s Eve. AFP

Britain on Friday began a new year and life outside Europe, after leaving the bloc’s single market trading rules to go it alone for the first time in nearly half a century.

Brexit, which has dominated politics on both sides of the Channel since 2016, became reality an hour before midnight, ending the UK’s 48-year obligation to follow Brussels’ rules.

Free movement of over 500 million people between Britain and the 27 EU states ended. 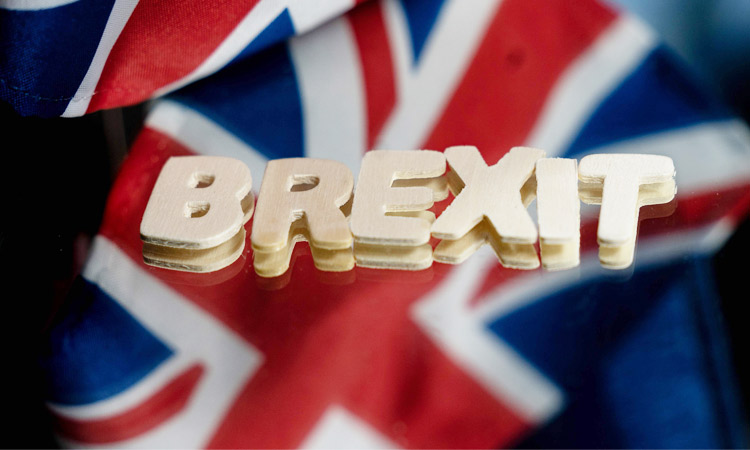 This picture taken in Brussels shows the flags of the United Kingdom and the European Union next to the “Brexit” word. File/AFP

More rigorous customs checks returned for the first time in decades, despite the hard-fought brokering of a tariff-and quota-free trade deal.

New Year’s Day newspapers reflected the historic but still deeply divisive change, which will have repercussions for generations to come.

The pro-Brexit Daily Express’ front-page photograph showed the White Cliffs of Dover — an enduring symbol of Britishness — with “Freedom” written on a Union flag.

“Our Future. Our Britain. Our Destiny,” its headline said. 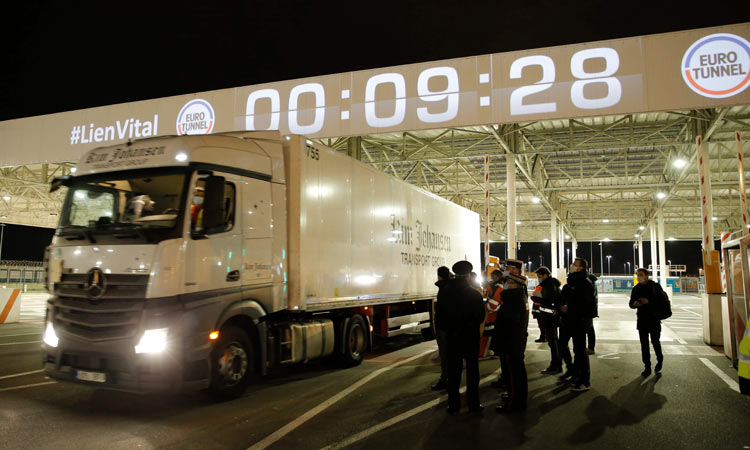 The pro-EU Independent, though, was less sure: “Off the hook — or cut adrift?” it asked, reflecting widespread uncertainty at the path the country had now chosen.

As dawn broke on 2021, attention turned to Britain’s borders, particularly its key Channel seaports, to see if the end to seamless trade and travel would cause delays and disruption.

But with New Year’s Day a public holiday followed by a weekend, and the government having announced the phased introduction of checks, few immediate problems were envisaged.

“The traffic forecast for the next few days is very light,” said John Keefe, spokesman for Eurotunnel, which transports freight, cars and coaches under the Channel.

From Monday, more truckers transporting goods to and from mainland Europe face the new rules, including permits to even drive on the roads leading to Channel ports like Dover.

The Road Haulage Association, an industry body, estimates that some 220 million new forms will now need to be filled in every year to allow trade to flow with EU countries.

“This is a revolutionary change,” Rod McKenzie, managing director of public policy at the RHA, told The Times newspaper this week.

Other practical changes include how long Britons can visit their holiday homes on the continent, to travel with pets, and an end to British involvement in an EU student programme.

Holidaymakers and business travellers used to seamless EU travel could face delays, although fears Britons will have to get international permits to drive in Europe were averted by a separate accord.

British fishermen are disgruntled at a compromise in the free trade agreement to allow continued access for EU boats in British waters, which has raised fears of clashes at sea.

The key financial services sector also faces an anxious wait to learn on what basis it can keep dealing with Europe, after being largely omitted from the trade deal along with services in general, which account for 80 per cent of Britain’s economy.

In Northern Ireland, the border with Ireland will be closely watched to ensure movement is unrestricted — key to a 1998 peace deal that ended 30 years of violence over British rule.

And in pro-EU Scotland, First Minister Nicola Sturgeon gave a clear sign of a looming battle ahead for a new vote on independence.

“Scotland will be back soon, Europe. Keep the light on,” she tweeted.

Make the most of it

Despite the uncertainty, Prime Minister Boris Johnson is bullishly optimistic, describing the culmination of Brexit as an “amazing moment” for the country.

He vowed that post-Brexit Britain, despite being battered by a surge in coronavirus cases, would be an “open, generous, outward-looking, internationalist and free-trading” country.

“We have our freedom in our hands and it is up to us to make the most of it,” he added in a New Year’s message.

The divisions over Brexit, both political and social, remain deep and are likely to last for years, despite a muted end to the saga overshadowed by the global health crisis.

Opinion polls indicate that most Britons want to move on and are far more worried about the worsening coronavirus pandemic, which has left more than 73,500 dead in Britain alone.

Johnson, who survived several days in intensive care with Covid last April, warned of tough times ahead but said a UK-developed vaccine offered grounds for hope.

But his desire for a prosperous, more globally focused Britain could yet see a resurgence of Brexit wrangling, as the country finds out what its new trading terms mean in reality. 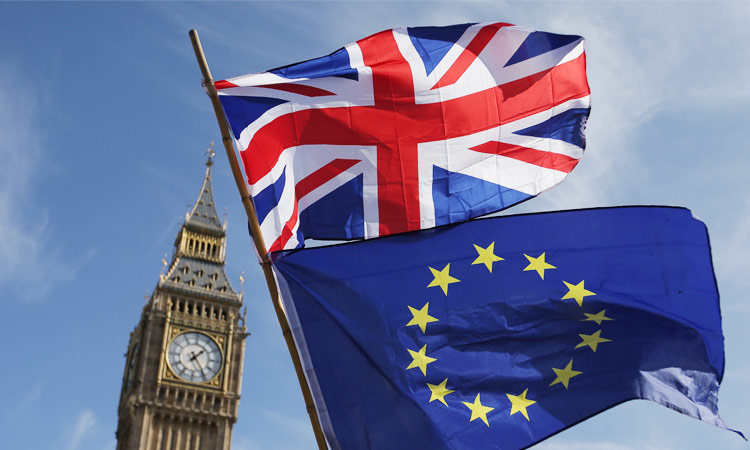 EU citizens proving residence in Britain, or Britons already living in a European Union country, will theoretically retain their rights under a Withdrawal Agreement struck in late 2019.