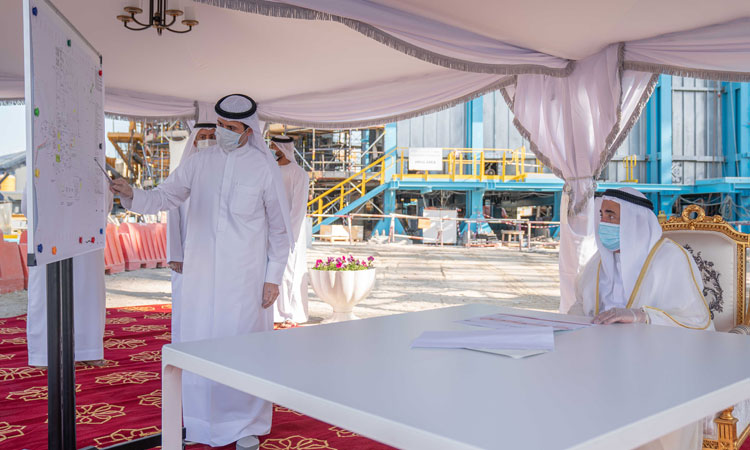 Dr Sheikh Sultan being briefed during a meeting with Sewa chief in Sharjah on Thursday. WAM

His Highness Dr Sheikh Sultan Bin Mohammed Al Qasimi, Supreme Council Member and Ruler of Sharjah, underscored the importance of the energy sector being one of the priorities of life, highlighting the emirate of Sharjah’s keenness to meet all the needs of society members in terms of electricity, water and gas.

This came during a meeting the Ruler of Sharjah had with the Chairman of the Sharjah Electricity, Water and Gas Authority (Sewa), Saeed Sultan Al Suwaidi, and the Authority’s management at Sewa’s headquarters on Thursday. At the onset of his meeting, His Highness blessed the start of work at "Mahani Gas Field," which will constitute a new addition and one of the pillars of the energy sector, and will produce 50 million cubic feet of gas per day, explaining Sharjah’s need of 200 million cubic feet of energy daily during the winter and 500 million in the summer.

He added that work is currently underway to increase drilling operations to reach the stage of self-sufficiency in gas generation in the coming years. His Highness highlighted Sharjah's efforts to support the people of the emirate, advance their knowledge and thought, provide them with a decent life, and spread reassurance and harmony among members of society through a number of scientific and cultural projects that the emirate has adopted during the past 50 years. 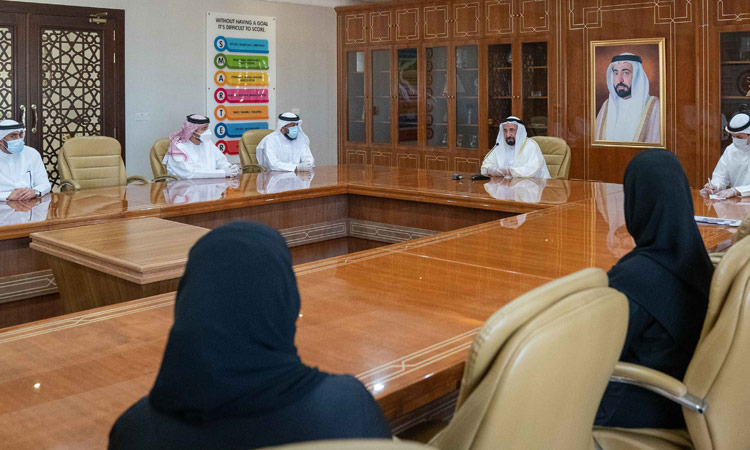 Sheikh Sultan touched on a number of vital projects that cover various energy sectors, including the electricity sector, which has seen development of many power plants in terms of provision of turbines and their expansion in a way that contributes to the smooth generation of more power over the next ten years.
As for the water sector, His Highness described it as one of the most important priorities as it is difficult to find alternatives for it if preparations are not made in this regard. He explained that Sharjah has worked on a water storage project through lakes such as Khorfakkan Lake and Owainat Lake, which will be 3 times larger than Al Rafisah Lake, Kalba Lake, and Al Dhaid Lake, which will be at the entrance to Al Dhaid City, and in the Washah area and Madayna in Mleiha and Al Feli.

These lakes, His Highness said, will contribute to water conservation, in addition to a scientific project that will serve the emirate’s vision and aspirations in securing water by storing water in large tanks below the surface of the earth.
His Highness pointed out that the emirate of Sharjah has adopted many initiatives that contribute to meeting the requirements of a decent life, including the social security project, through which the emirate seeks to provide appropriate income for its citizens among which services is the establishment of companies with some kind of partnership between the government and institutions, where the citizen is part.

The government's contribution to these companies is 51% enabling it to manage them. The Ruler of Sharjah explained that the employment project is of great importance to him, explaining that 1,000 university graduates have been employed, and work is on to employ 1,000 job seekers out of 10,000 fresh graduates during the next year, while the rest of cases had been studied in cooperation with the Department of Statistics and Community Development, and divided into 3 levels according to need.

His Highness gave pieces of advice to Sewa employees that would serve the work through uniting efforts to achieve the desired goals and aspirations, wishing them success and excellence in performing their duties and moving forward in the service of Sharjah. The Ruler of Sharjah had earlier inspected the project of expanding and developing Layyah power plant with a capacity of 1026 megawatts by combined cycle system, which is being implemented by the Sharjah Electricity, Water and Gas Authority over three stages.

His Highness directed Sewa to intensify its efforts and complete the first phase with a capacity of 345 megawatts and to put it into operation in October 2021. The Ruler of Sharjah listened to an explanation from Sultan Al Suwaidi, about the project phases, civil and construction works, project facilities, workflow, and the most prominent accomplished works. Layyah plant expansion project includes the construction of a new power plant using natural gas as a fuel, consisting of two gas turbines, two thermal energy recovery boilers, and one steam turbine.

In this regard, Chairman of Sewa, said: "The development of infrastructure in all regions of the Emirate of Sharjah, especially electricity, water and natural gas projects, is among the top priorities that receive great support and continuous follow-up from His Highness the Ruler of Sharjah, enabling the Authority to implement its initiatives, projects and priorities in line with His Highness’s generous directives, as Sewa studies and analyses needs in all regions, plan and implement projects, production and distribution stations, and develop networks that meet all needs according to the best specifications. Al Suwaidi, and the Sewa staff, highly thanked His Highness the Ruler of Sharjah for the visit and His Highness’s unlimited support to the Authority. 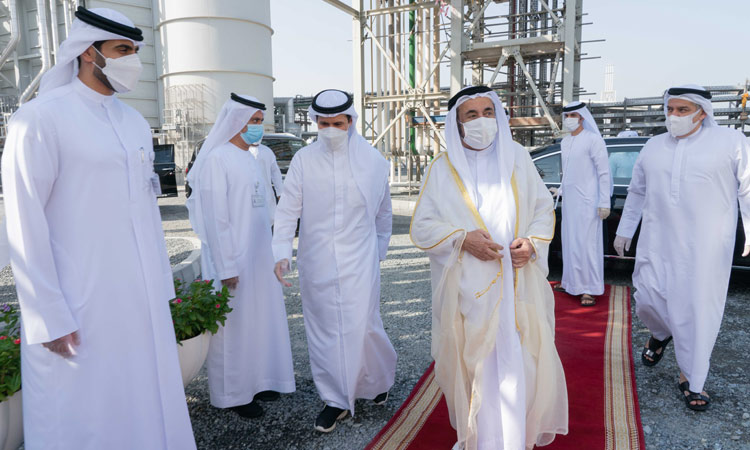 Sheikh Sultan expressed his happiness with the pace of work in the phases of the project, which will ultimately be reflected in the quality of electricity and meeting the emirate's energy needs, in tandem with population growth, urban development and public utilities projects. 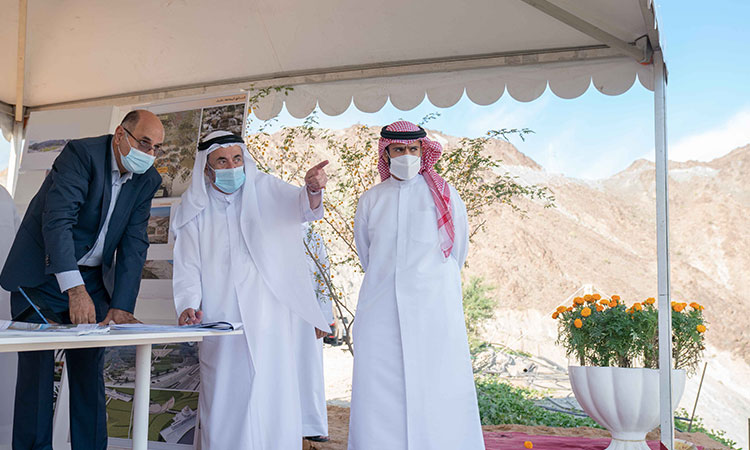