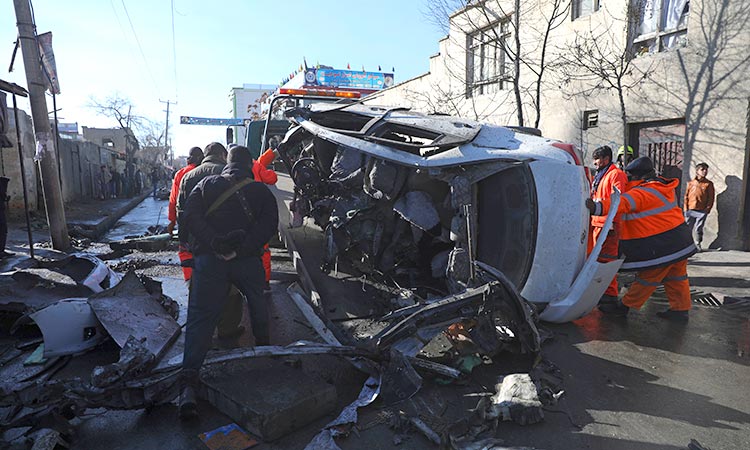 A roadside bomb tore through a vehicle in the Afghan capital of Kabul on Tuesday, killing five people, among whom four were doctors who worked at a prison, police said.

The doctors worked at the Puli Charkhi prison, Kabul's main penitentiary, and were killed as they were on the way to their office in the city's Doghabad neighbourhood. It was not immediately clear if the doctors were targeted in the attack.

The city has been hit by a wave of deadly violence in recent months despite the Taliban and the government engaging in peace talks. 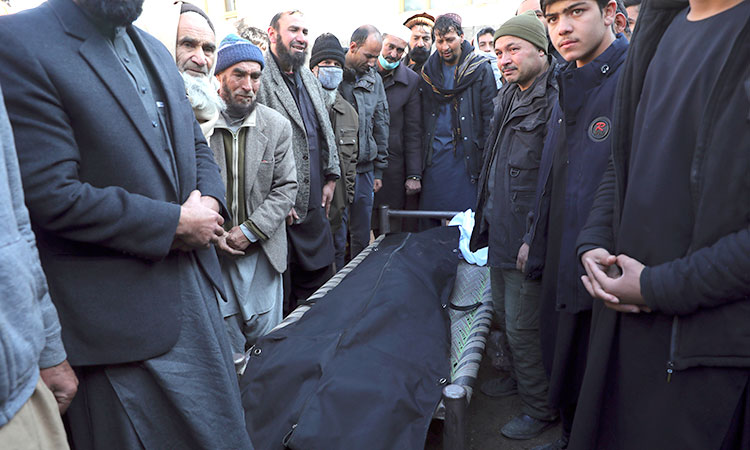 People gather around the body of a man killed after a roadside bomb attack in Kabul on Tuesday. Rahmat Gul/AP

Ferdaws Faramarz, a spokesman for the Kabul police chief, said two others were wounded in the attack. The identity of the fifth person killed was not immediately known.

No one immediately claimed responsibility for the attack, which damaged nearby buildings and shops.

The militant Daesh group has claimed responsibility for some of the recent attacks in Kabul, that killed dozens of people.

On Sunday at least nine people were killed and around 20 others including a member of the parliament were wounded in Kabul when the MP Khan Mohammad Wardak's convoy was targeted by a car bomb, according to the Afghan Interior Ministry.

Violence in Afghanistan has spiked even as the Taliban and Afghan government negotiators hold talks in Qatar, trying to hammer out a peace deal that could put an end to decades of war.

At the same time, the Taliban have waged bitter battles against Daesh fighters, particularly in eastern Afghanistan, while continuing their insurgency against government forces.