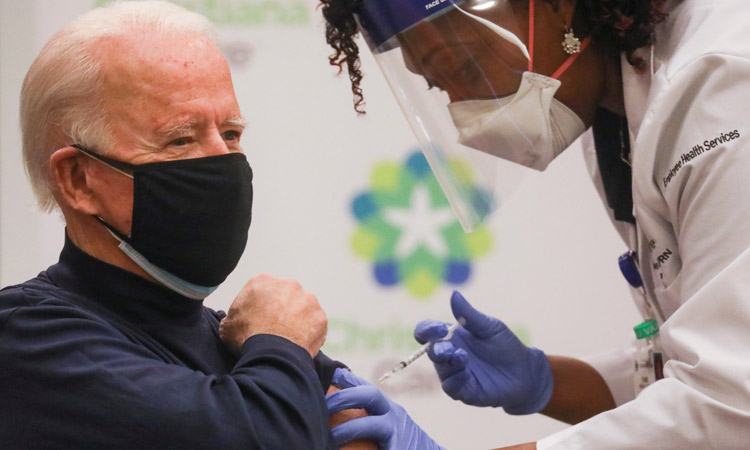 US President-elect Joe Biden received his first dose of the coronavirus vaccine on live television in an effort to boost confidence in its safety ahead of its wide distribution next year.

He was vaccinated at a hospital not far from his Delaware home, hours after his wife, Jill Biden, did the same.

Biden has said he would make the fight against the coronavirus, which has killed more than 315,000 Americans and infected more than 17.5 million, his top priority when he takes office on Jan.20. At age 78, he is in the high-risk group for the highly contagious respiratory disease. 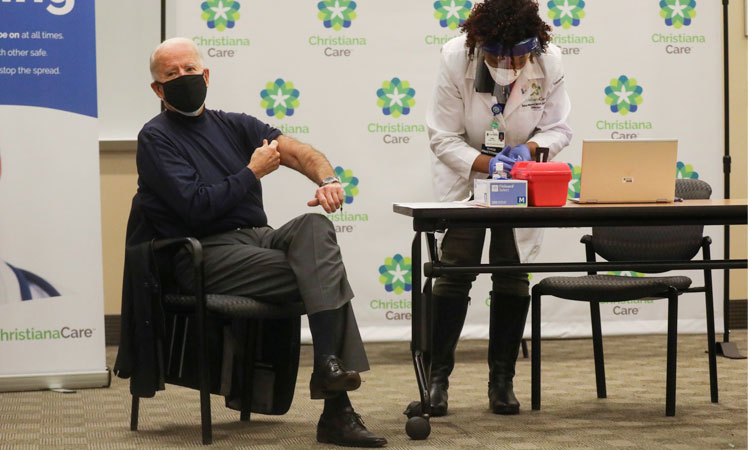 US President-elect Joe Biden receives a dose of a COVID-19 vaccine at ChristianaCare Christiana Hospital in Newark.

The injections came the same day that a second vaccine, produced by Moderna, will start arriving in states. It joins Pfizer’s in the nation’s arsenal against the COVID-19 pandemic, which has now killed more than 317,000 people in the United States and upended life around the globe.

But with vaccinations in limited supply until spring or summer, political leaders continue to urge people to stay at home and wear masks.

After getting the shot, a dose of the vaccine developed by Pfizer Inc, Biden praised medical professionals as “heroes.”

“I’m doing this to demonstrate that people should be prepared when it’s available to take the vaccine. There’s nothing to worry about,” Biden said. His wife, Jill Biden, who got the injection earlier in the day, stood by.

But Biden also noted that the vaccine would take time to roll out and that people should listen to medical experts and not travel for the upcoming holidays if possible. 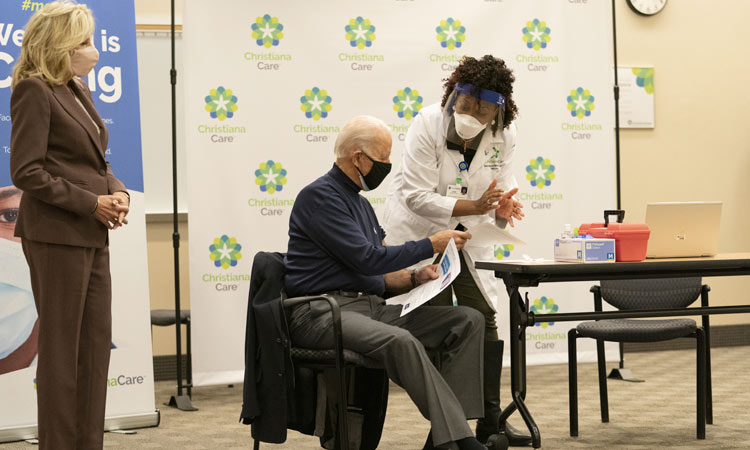 President-elect Joe Biden, joined by his wife Jill Biden, talks with nurse Tabe Mase before receiving his first dose of the vaccine. AP

He credited the scientists who worked on the vaccines, adding: “I think that the (Trump) administration deserves some credit, getting this off the ground with Operation Warp Speed.”

Republican President Donald Trump frequently has played down the severity of the pandemic and overseen a response health experts say was disorganized, cavalier and sometimes ignored the science behind disease transmission.

Efforts to limit the economic fallout on Americans from the pandemic were boosted on Sunday when congressional leaders agreed on a $900 billion package to provide the first new aid in months, with votes likely on Monday.

US lawmakers reach deal on $900b stimulus package

Biden on Monday also named additional members to his National Economic Council (NEC), rounding out his economic policymaking team with people his transition office said would help lift Americans out of the economic crisis.

Joelle Gamble will be special assistant to the president for economic policy.

“This is no time to build back the way things were before - this is the moment to build a new American economy that works for all,” Biden said in the statement. 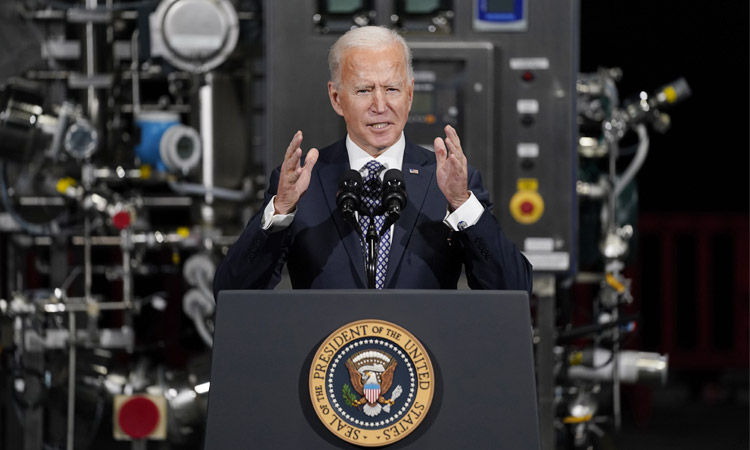