Dozens of children freed after new abduction in Nigeria - GulfToday 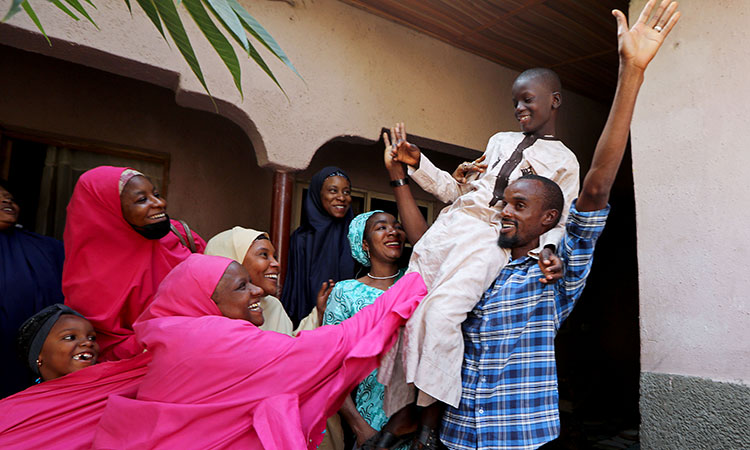 His father carries Muhammed Bello, a rescued student, as his relatives celebrate after he retuned home in Kankara. Reuters

Gunmen in Nigeria abducted more than 80 Islamic school students in northwestern Katsina state on Saturday night, but local vigilantes rescued them after a fierce gun battle on Sunday.

Police announced that gunmen had abducted school students after they have attended a religious ceremony returned to their homes in Mahuta village.

Police spokesman Gambo Isah, of Katsina state police, said the foiled abduction comes less than two days after the release of 344 schoolboys who were kidnapped in the same area on Dec. 11. The incidents have highlighted the insecurity in northern Nigeria.

Saturday night's attempted kidnapping took place in Dandume, about 64 kilometres (40 miles) from Kankara, the town where the earlier kidnapping of schoolboys occurred.

The case dates back to August when an Asian filed a complaint stating that his housemate had been kidnapped and that his captors asked for a ransom of Dhs2,500 to let him go.