VIDEO: Rain prayers performed in mosques across the UAE on the call of President Khalifa - GulfToday

VIDEO: Rain prayers performed in mosques across the UAE on the call of President Khalifa 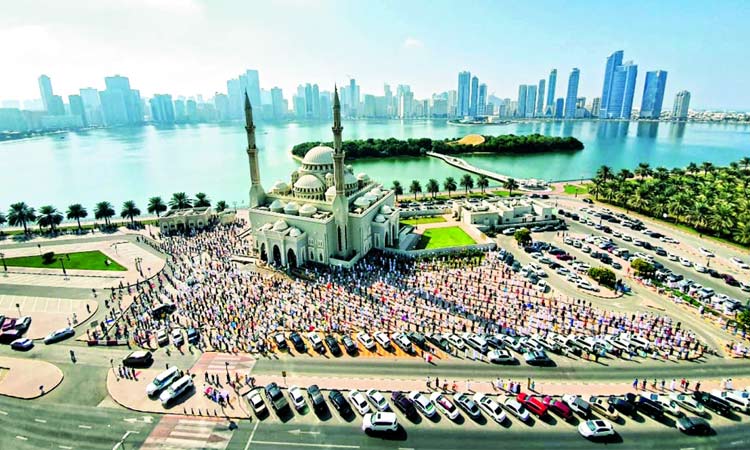 Rain prayers were performed in mosques all across the UAE on Friday on the call of UAE President His Highness Sheikh Khalifa Bin Zayed Al Nahyan.

The prayer, known as the Salat Al Istisqa, is performed similar to Eid prayer. It starts with 7 takberat in the first rakaat in the beginning, and takberat will take place in the second rakaat upon standing up from the prostration.

The Imams in the mosques read out the sermon and urged the faithful to ask for forgiveness from the Almighty Allah. The rain prayers were held 10 minutes before the Friday prayer.

Islamic Affairs and Charitable Activities Department (IACAD) in Dubai said that rain prayers were performed in around 800 mosques across Dubai.

The prayers were held to keep with the tradition of the Prophet Mohammad (PBUH) to pray for the land to be blessed with rain.

President Khalifa called for supplicating God to send rain, mercy and abundance upon the country and its people.

The weather in the UAE has been inconsistent over the past few days.

The National Centre of Meteorology (NCM) said that the lowest temperature recorded over the country on Friday was 6.3°C in Raknah, on the outskirts of Al Ain at 06:45am UAE time.

The NCM expects the weather on Saturday to be partly cloudy to cloudy at times on the islands and some coastal, northern and eastern areas with a probability of light rain.

The winds will be moderate to active onshore, according to the NCM.  The sea will be rough in the Arabian Gulf and moderate in the Sea of Oman.