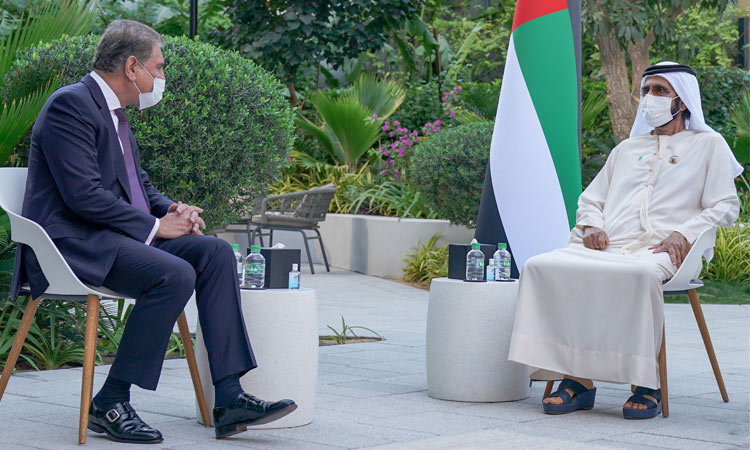 His Highness Sheikh Mohammed Bin Rashid Al Maktoum, Vice President, Prime Minister and Ruler of Dubai, on Thursday received a message from Pakistan's Prime Minister Imran Khan, in which, he conveyed his greetings to Sheikh Mohammed and extended thanks to the UAE's leadership and government for the good treatment and generous care provided to the Pakistani community.

Imran Khan's message also talked about the ways to enhance and activate the existing bilateral relations between the two countries at all levels for the benefit of their peoples.

The message was delivered to Sheikh Mohammed by Pakistan’s Minister of Foreign Affairs, Shah Mahmood Qureshi. 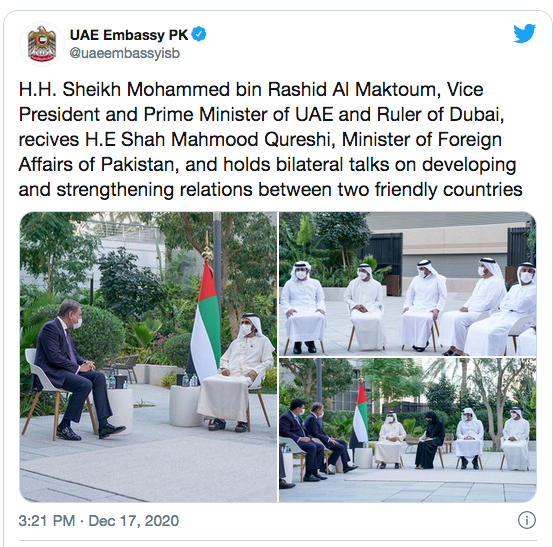 Qureshi arrived in the UAE on Thursday on a two day state visit.

During the meeting with Qureshi, Sheikh Mohammed hailed the role played by members of the Pakistani community who are working in all development sectors and their effective contributions in the development and renaissance journey witnessed in the UAE.

The Pakistani Foreign Minister praised the preventive measures applied by the UAE to limit the spread of the COVID-19 epidemic in society, which greatly contributed to mitigating its negative effects on public health, the economy, tourism and transportation.

A number of Sheikhs and dignitaries from the both sides were present during the meeting.