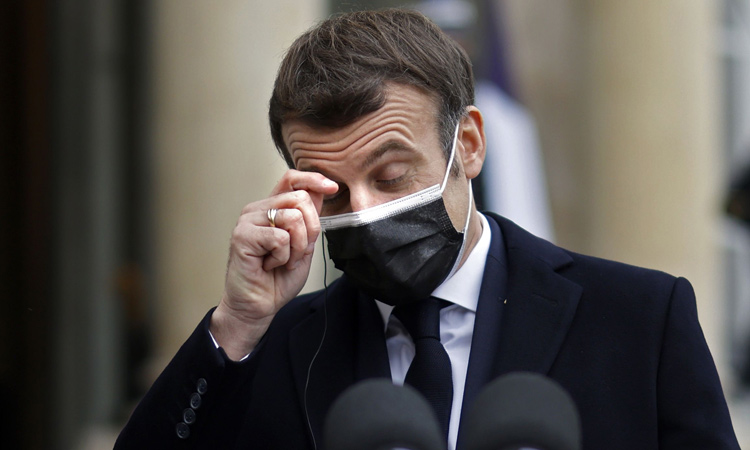 Emmanuel Macron gesturing as he addresses the press upon the arrival of PortuguesePM for a working lunch at the Elysee Palace in Paris. AFP

President Emmanuel Macron has tested positive for coronavirus, the French presidency said on Thursday, although it was not immediately clear where he had contracted the virus.

"The President of the Republic has been diagnosed positive for COVID-19 today," his office said in a statement. "This diagnosis was made following a PCR test performed at the onset of the first symptoms."

Macron's office said he would isolate for the next seven days and would continue to run the country remotely.

British Prime Minister Boris Johnson sent his best wishes to Macron on Thursday. "Sorry to hear my friend @EmmanuelMacron has tested positive for coronavirus. We are all wishing you a speedy recovery," Johnson said on Twitter. He also posted the same message in French.

Prime Minister Jean Castex will also self isolate after coming into contact with Macron over the last few days, said Gerard Larcher, head of the Senate, the upper house of the French parliament.

Political party chiefs from the Senate and France's lower house of parliament, the National Assembly, were also in isolation as they had a lunch with Macron earlier this week.

A spokeswoman said that all his trips had been cancelled, including an upcoming visit to Lebanon on Dec.22. 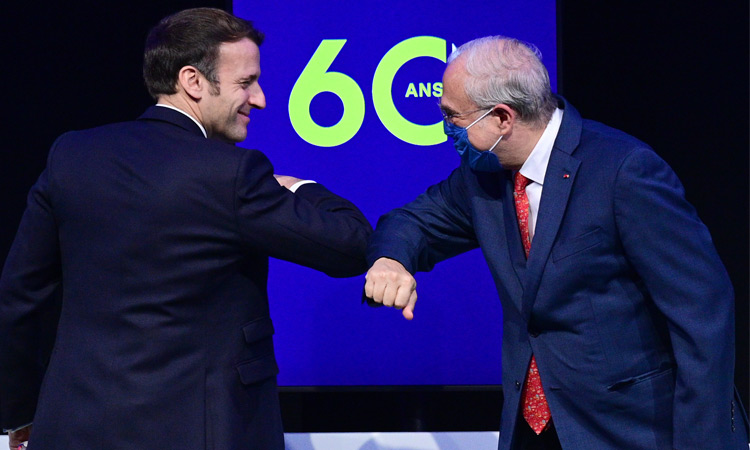 Emmanuel Macron bumps elbows with Angel Gurria during a ceremony in Paris. AP

Macron is the latest head of state to contract the virus. US President Donald Trump tested positive in October.

The French presidency said Macron and his team were trying to assess where he could have contracted the virus.

Macron was at a European Council heads of state meeting on Dec.10-11. His schedule over the last week has also included a private dinner with Egyptian President Abdel Fattah Al Sisi, during which he awarded him the Grand Cross of the Legion of Honour. He also has had lunch this week with European leaders Charles Michel and Ursula von der Leyen as well as the Spanish and Portuguese prime ministers.

He was seen shaking hands with OECD chief Angel Gurria. 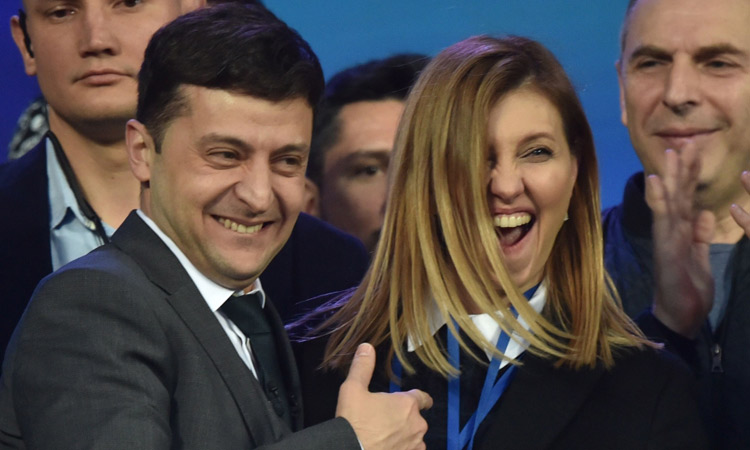 On Friday, the ex-Soviet country reported 29,753 cases and 870 fatalities. The Ukrainian president urged officials to urgently establish the reason behind a spike in new cases. 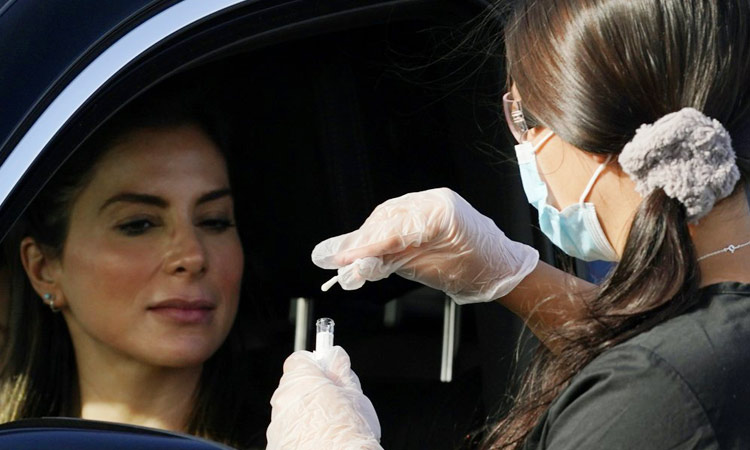