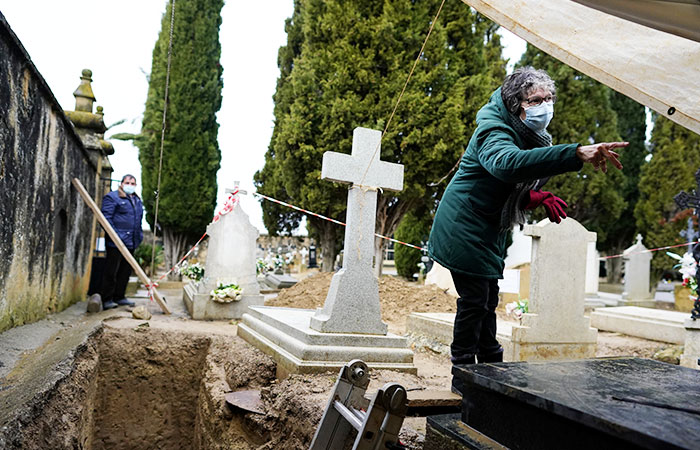 Exhumation of a mass grave. Reuters

In northeastern Spain, archaeologists found a mass grave of 10 women killed by firing squad during the early days of the Spanish Civil War.

The finding draws attention to the experience of women in the conflict that is often sidelined.

It is believed that the women were executed on Aug. 31, 1936, after taken from their homes in the village of Uncastillo. The remnants from the button on the clothes they wore on the day was still preserved.

Following their execution, the bodies were dumped in a pit in a cemetery in the Farasdues, Aragon. 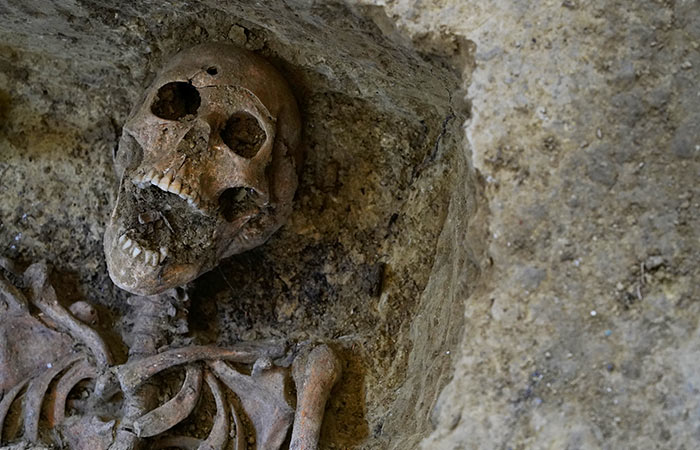 The remains of a body with a bullet hole on it. Reuters

Mari Carmen Rios' grandmother Inocencia Aznares was among them.

"Why did they kill her?" Because they couldn't find my uncle? Because she could read and write? Because she voted for the republic? ... I don't know ... Nothing they did makes sense," Rios said. 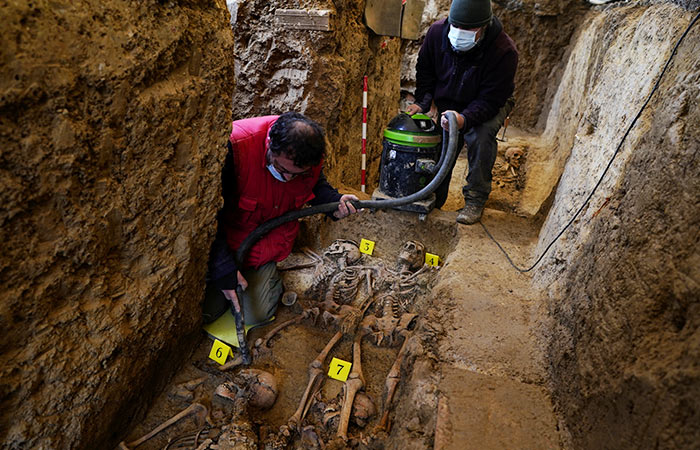 Archaeologist and anthropologist take part in the exhumation of two mass graves. Reuters

The leftist coalition government approved a bill in September to finance exhumations from mass graves as part of efforts to "restore democratic memory".

Next to the women’s grave, archaeologists found another site with bodies of at least seven men, they are yet to be identified.

For Rios, the excavation triggered powerful feelings of outrage, which later gave way to a sense of closure: "When you say 'We've found her, she's there, we're going to bury her with grandpa,' honestly it makes me very happy."