US firms up asylum deal with El Salvador - GulfToday

US firms up asylum deal with El Salvador 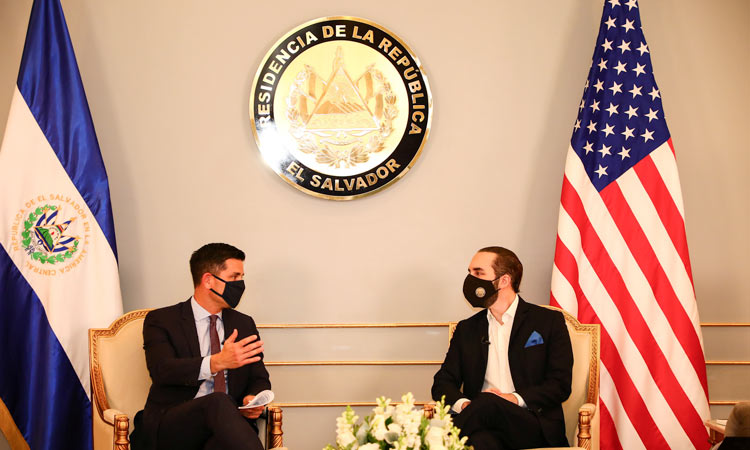 Chad Wolf talks to President of El Salvador Nayib Bukele during a meeting at the Presidential House, in San Salvador. Reuters

The United States and El Salvador have worked out “operational details” of an agreement in which El Salvador would take in certain migrants who had sought asylum at the US border, the US Department of Homeland Security (DHS) said on Tuesday.

Trump in recent weeks has made a last-minute push to implement tougher immigration rules, a central focus of his administration, despite signs that his successor, Joe Biden, will aim to quickly undo them.

Biden has also pledged $4 billion to tackle the root causes of migration in Central America.

He did not explain details of the agreement, and it was not clear if any asylum-seekers would be sent to El Salvador before Trump's presidency ends next month.