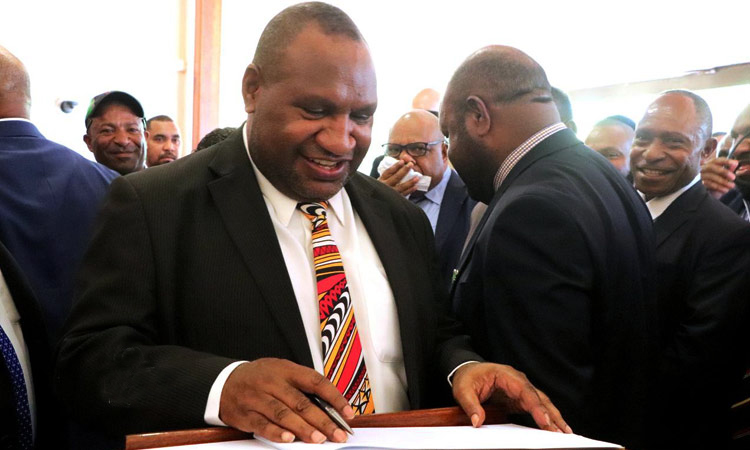 James Marape is seen at Government House after arriving to be sworn in as the new PM in Port Moresby. File/Reuters

A bid by the political opposition in Papua New Guinea (PNG) to oust Prime Minister James Marape stalled on Monday as the speaker of an apparently deadlocked parliament adjourned proceedings for two days.

Marape has been in power for 18 months after replacing long-serving leader Peter O’Neill under similar circumstances of jostling for votes in parliament.

The challenge to Marape has gathered traction over recent days with the government weighed down by dire levels of debt and little progress in negotiations with resource companies to secure a greater share of wealth for the country.

As lawmakers entered parliament on Monday, it appeared neither side had a clear majority, with numbers evenly split.

The issue was complicated by a debate over the eligibility of one opposition member who has been declared bankrupt.

With no sign of a resolution, the speaker of parliament, Job Pomat, adjourned proceedings until Wednesday.

Marape has refused to resign, insisting he has the backing of 55 members of the 111-seat parliament, enough to stay on with the support of the speaker.

The opposition says it has the support of 56 lawmakers. It has said it would nominate Marape’s foreign minister, Patrick Pruaitch, as prime minister.

The suspension of parliament will allow both sides time to try to win support ahead of an expected vote of no confidence in the prime minister.

An analyst said Marape was seen as failing to deliver on the promises he made.

“Marape won power on a populist nationalist narrative but for now, Marape appears to be all talk and not enough action,” said Jonathan Pryke, director, Pacific Islands Program at the Lowy Institute think-tank.

The selection of Pruaitch could split the opposition, with some lawmakers from the poor but gas-rich Highlands unwilling to support him, Pryke said. 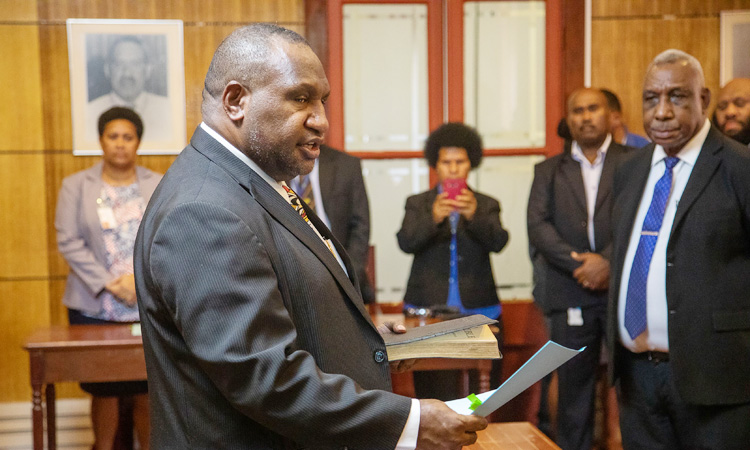 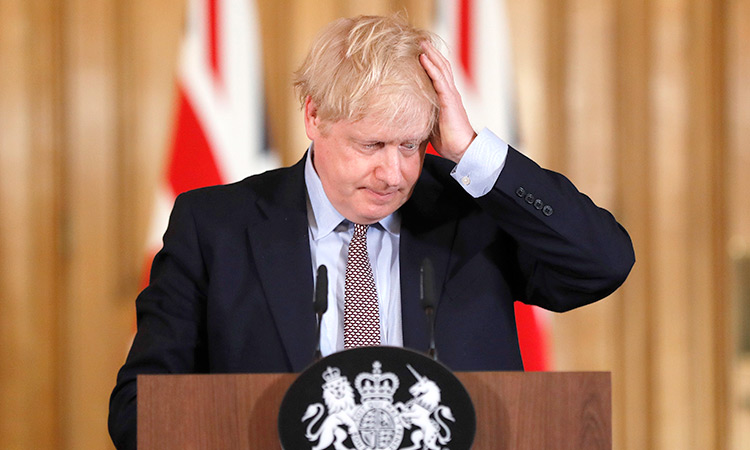 Opposition lawmakers have called for Johnson to resign and some in his own Conservative Party have said he should quit if he is found to have broken strict laws his government brought in to prevent the spread of the virus.