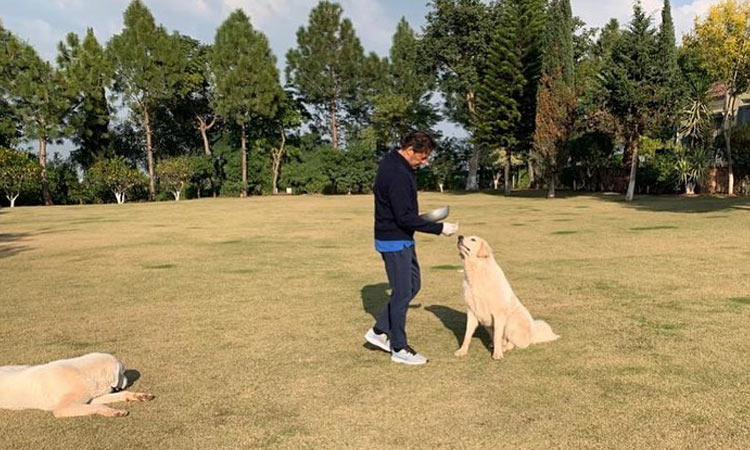 Imran Khan feeds his dogs at his Banigala residence in Islamabad on Sunday. Instagram photo

As the opposition leaders were busy with anti-government protests at the famous park (Minar-e-Pakistan) in Lahore, Prime Minister Imran Khan spent his Sunday morning with his pet dogs, as he did not seem bothered at all by the political unrest in the country. 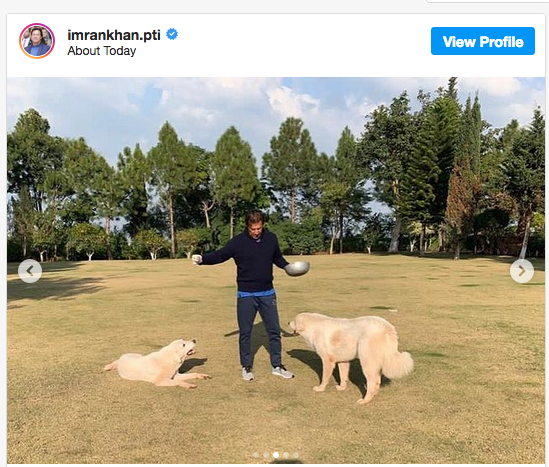 While the premier spent a perfect weekend morning, opposition leaders were preparing for Pakistan Democratic Movement's (PDM) jalsa (rally) at Minar-e-Pakistan in Lahore where they were to talk about ousting the Pakistan Tehrik-e-Pakistan (PTI-led) government.

On Sunday, Imran took to his Instagram to post a set of pictures in which he could be seen spending some quality time with his dogs — Sheru and Tiger.

In the viral photos, that instantly made rounds on social media, the prime minister could be spotted merrily feeding his pets under the bright morning sun at his Banigala residence in Islamabad. 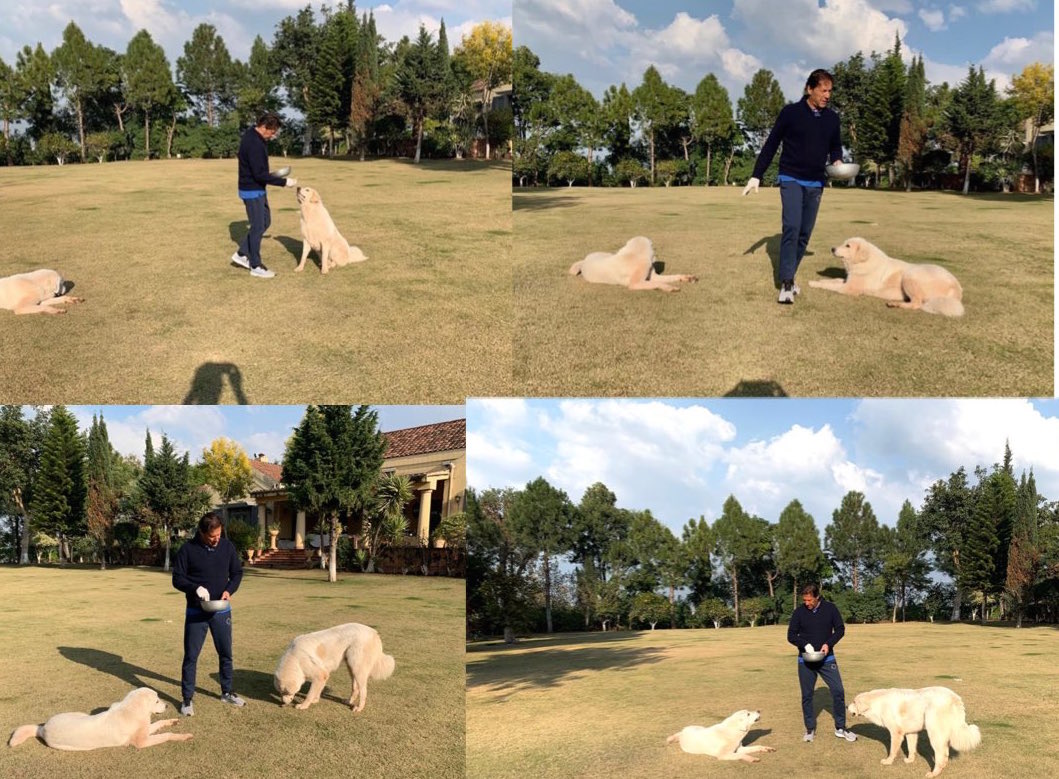 He shared five pictures, which were captured in the garden of his house, to show that he is relaxing at home with his pets and not at all bothered about what the opposition leaders are planning against his government.