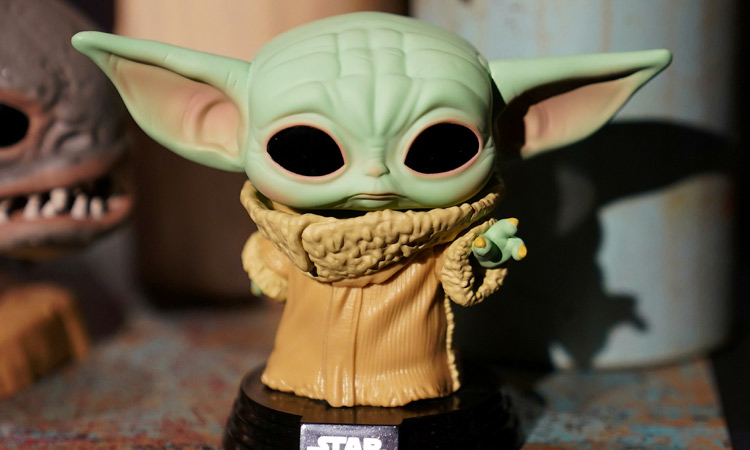 A Baby Yoda toy is pictured during a “Star Wars” advance product showcase in the Manhattan borough of New York City. File/Reuters

The Walt Disney Co.’s streaming plans shifted into hyper speed Thursday, unveiling a galaxy’s worth of new streaming offerings including plans for 10 “Star Wars” series spinoffs and 10 Marvel series that will debut on Disney+.

In a virtual presentation for investors, Disney chief executive Bob Chapek laid out super-sized ambitions for it direct-to-consumer efforts, leaning heavily on some of the company’s biggest brands. Over the next few years, Disney is planning to premiere directly on Disney+ not just an armada of “Star Wars” and Marvel series but 15 live-action, Pixar and animated series, and 15 live-action, Pixar and animated movies.

Chapek said Disney+ subscribers worldwide have reached 86.8 million, up from 74 million last month. The service has easily exceeded most forecasts, reaching that number 13 months after its launch in November 2019. Disney will increase the monthly price by $1 to $8 a month in March. The company forecasts 230-260 million subscribers by 2024. 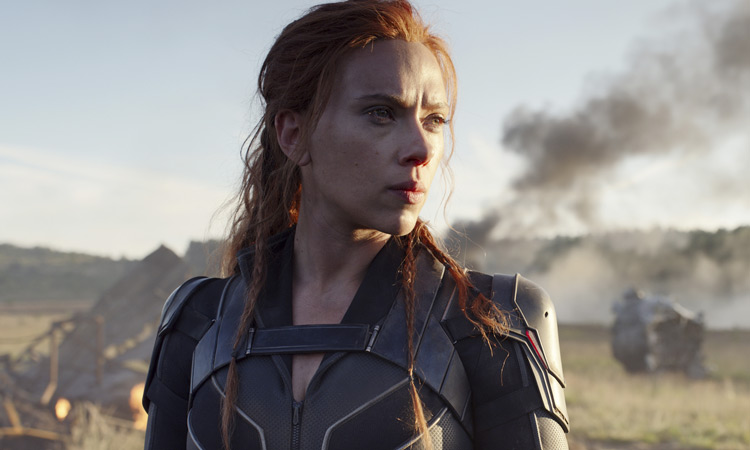 This image released by Disney/Marvel Studios’ shows Scarlett Johansson in a scene from “Black Widow.” AP

To keep subscriber numbers climbing, Disney presented a blizzard of remakes, sequels and spinoffs of various shapes and sizes on Thursday - 100 new titles in all - including a “Beauty and the Beast” prequel series, a “Moana” animated series, a “Three Men and a Baby” reboot with Zac Efron, a “Swiss Family Robinson” series and, yes, even the Kardashians.

“We build the franchises through the theatrical window,” said Chapek.

Still, the four-hour presentation presented a more seamless vision of content across platforms that made scant mention of its closed theme parks, or of the pandemic. That included a dizzying amount of series, many of them connected to big-screen movies past and present. Marvel Studios President Kevin Feige said a pair of new Marvel series - “Secret Invasion,” with Samuel L. Jackson, and “Ironheart” - will “tie directly to Marvel future films.” The only difference between the company’s short-form TV content and its theatrical content, said Bob Iger, executive chairman, “is length.”

Not all the news was in streaming. Lucasfilm announced that Patty Jenkins (“Wonder Woman”) will direct the next “Star Wars” theatrical film, “Rogue Squadron,” with a release in theaters planned for Christmas 2023.

Jenkins becomes the first woman to direct a “Star Wars” film. In a video, she said the film, about starship fighters, will satisfy a long-held dream of hers as the daughter of an Air Force captain.

“When he lost his life in service of this country, it ignited a desire in me to turn all of that tragedy and thrill into one day making the greatest fighter pilot movie of all time,” said Jenkins in a video message.

Other films are going ahead with theatrical plans, among them a Buzz Lightyear prequel, due in 2022, and the “Black Panther” sequel. Feige confirmed that the role of the late Chadwick Boseman will not be recast but that its makers are still interested in “exploring the world of Wakanda” in Ryan Coogler’s film, due in theaters July 2022.

Among the “Star Wars” series are two spinoffs of “The Mandalorian,” set during the series’ timeline: “Rangers of the New Republic” and “Ahsoka,” with Rosario Dawson. Shooting also recently began on “Andor,” a series developed by Tony Gilroy (“Bourne Identity”), with Diego Luna’s character from the 2016 film “Rogue One.”

Other, less expected “Star Wars” stars are returning. Hayden Christensen, who played Anakin Skywalker in the prequels, will reprise his role as Darth Vader in “Obi-Wan Kenobi,” with Ewan McGregor.

“We have a vast and expansive timeline in the ‘Star Wars’ mythology, spanning over 25,000 years of history in the galaxy with each era being a rich resource for storytelling,” said Kathleen Kennedy, president of Lucasfilm. “Now with Disney+ we can explore limitless story possibilities like never before and fulfill the promise that there is truly a ‘Star Wars’ story for everyone.”

Disney steered several upcoming movies to its streaming service, including “Pinocchio,” with Tom Hanks, “Peter Pan & Wendy” and an “Enchanted” sequel with Amy Adams titled “Disenchanted.” The animated “Raya and the Last Dragon” will in March debut simultaneously in theaters and by premier access on Disney+. That’s the same approach the company took earlier this fall for “Mulan,” with a $30 early-access fee on top of the monthly subscription.

Disney made other adjustments to reorient its film operations around streaming. Hulu, which this year debuted the Andy Samberg comedy “Palm Springs” and Sarah Paulson thriller “Run,” will be home to more original films from 20th Century Studios and Searchlight Pictures. Hulu will also be the new home of the Kardashians, recently departed from E!. The streaming service also renewed “The Handmaid’s Tale” for a fifth season.

FX is developing the first series based on the “Alien” films, with Noah Hawley (“Fargo”) directing.

Many in Hollywood had eagerly awaited Disney’s response following WarnerMedia’s announcement last week that it will release all 17 of its 2021 films - from “Dune” to “The Matrix 4” - simultaneously on its streaming platform, HBO Max, and in theaters.

That move set off shockwaves prompting a backlash from much of the film industry, including theater chains, producing partners and some of the studio’s top talent. Christopher Nolan criticized the plans as “a bit of a mess.” Some said the long-forecast end times for cinemas had arrived. Others questioned the economics of one of Hollywood’s top studios sacrificing a year of box office - and the cascading windows of release that follow a theatrical run - to salvage the rocky rollout of HBO Max - a service that many HBO subscribers have yet still haven’t activated.

Wall Street approved. Stocks for WarnerMedia’s parent company AT&T are up about 6% since the announcement by Jason Kilar, chief executive of WarnerMedia and a veteran of Hulu and Amazon. John Stankey, the AT&T chief executive, on Tuesday said the pandemic had unleased a new media reality unlikely to fade after COVID-19. “That horse left the barn,” he said.

Compared to WarnerMedia, the present situation is very different for Disney, which has already laid the foundation for a formidable Netflix competitor in Disney+ and which has for years dominated the box office. The company’s films accounted for more than $13 billion in ticket sales worldwide last year and 38% of moviegoing in the U.S. and Canada. Seven Disney films topped $1 billion worldwide.

“Of the 100 new titles announced today, 80% of them will go to Disney+,” said Chapek. “But we had $13 billion of box office last year and that’s obviously not something to sneeze at. For us it’s about balance.”

As Disney made its presentation to investors Thursday, its shares reached an all-time high of $160. 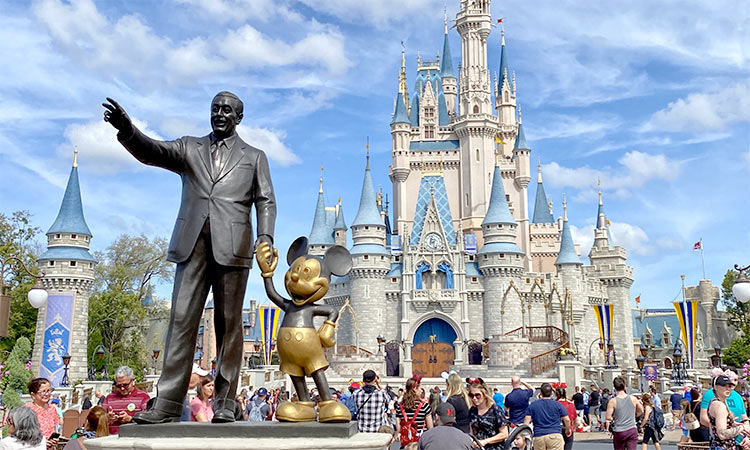 In the unlikely event that time travel is ever invented, I will go back in time and tell my younger self two things. 1) “Here are the results of every FA Cup final in the next thirty years. Put a few quid on each of the winners, because your career choice 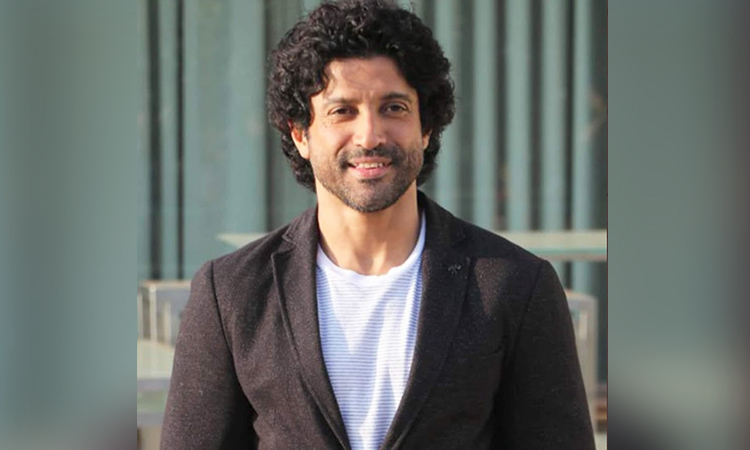 Farhan Akhtar to star in Disney Plus series 'Ms. Marvel'

He also has a multi-year partnership with Netflix via his and Ritesh Sidhwani's Mumbai-based Excel Entertainment.